Abbott alumni who made it big. 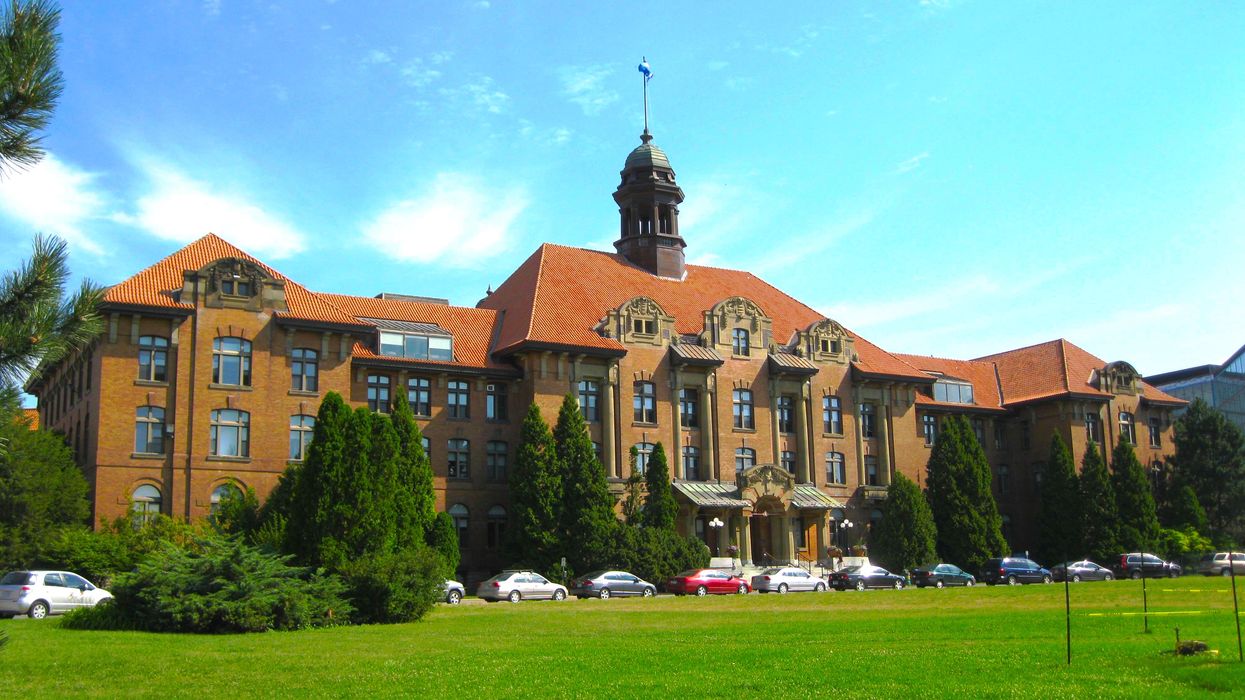 As we've already celebrated the celebrities who hail from numerous Montreal universities, we have since moved onto Montreal's cégeps/colleges, starting with Dawson. Of course, if we're going to give Dawson alumni some cred we have to do the same for John Abbott College, because the rivalry is real.

But in all honesty, this is more of an homage to the Abbott alumni who have gone on to achieve great things in their respective fields, and not a rivalry-fuelling piece. And while some of the Abbott graduates below may not be considered "celebrities" by society's standards, we still think they deserve to be recognized for their success.

Check them out below.

One of Montreal’s musical darlings, Sam Roberts was a John Abbott student long before he was a famous musician. Roberts then went on to get a BA at McGill in '98, and it wasn’t long after until he found major success with his band’s debut album The Inhuman Condition, which is still heralded as one of the bestselling indy releases in Canadian music history. Roberts is also an alumnus notable Montreal academic institution Loyola High School.

Part of a veritable dynamic dancing duo when by her sister (Jenny Rae Daily), Jayme Rae Dailey is a John Abbott alum who has performed with the stars. Jayme first found success on season two of So You Think You Can Dance Canada, but has since toured and performed with mega-stars like Nicki Minaj, Lil Wayne, Chris Brown, and many more. Along with her sister, Jayme also starred in the last Step Up movie, where she showcased her dancing skills on the silver screen.

You might not know David Tyler by his face, but you'll probably recognize his voice, as the John Abbott alum has found success as a prominent radio host in Montreal and Toronto and as a voice over artist. Tyler has lent his vocals to some fairly popular Canadian cartoons (anyone remember Arthur?) along with a variety of international productions and can still be heard as the "voice" of CTV News Canada.

After graduating from Abbott, Mike Soles played football for the McGill Redmen, earning the title of "all-star." During his tenure with the team, Soles would be instrumental in a unprecedented victory against UBC, in which Soles would rush 203 yards and gain 2 touchdowns. Following, Soles was then drafted to the Edmonton Eskimos and continued playing in the CFL until his retirement, but not before coming back to Montreal to play for the Alouettes between 96-99.

A well-respected and noted Canadian broadcast journalist, Mark Kelly is best known for his time working for CBC News. While at the Canadian Broadcasting Company, Kelly would moonlight as an anchor on The National and went on to host two seperate shows, CBC News: Morning and Connect with Mark Kelley.

Originally from Venezuela, Rene Paredes was raised in Pierrefonds, and then went on to be educated at both John Abbott College and Concordia University. Paredes went on to become a CFL placekicker, first playing for the Winnipeg Blue Bombers and currently for the Calgary Stampede. As of now, Paredes holds the record for the most consecutive field goals (39 in the 2012-13 season) and came close to achieving the best conversion percentage in a single season (94.7% is still pretty good though).

If you're a fan of comic books, then you may already be quite familiar with Geof Isherwood's work, as he has illustrated such Marcel series as Silver Surfer, Daredevil, Doctor Strange, and more. But that was all early in Isherwood's career, as he has gone on to work as a prominent storyboard artist and concept illustrator for various directors, including the X-Men franchise's Bryan Singer.

Yet another professional football player to grace this list, Louis-Philippe Ladouceur is somewhat unique as he actually migrated to the US to play for the NFL. During his time at John Abbott, Ladouceur played as a defensive lineman, then going on to be a long snapper for the Dallas Cowboys, playing for the team since 2005.

More of a local celebrity than anything else, Shanna Roberts Salée is still well on the path to achieving stardom as she makes a name for herself on her webseries Mistakes Were Made. Think of it like Girls, but set in Montreal, and Salée is doing triple-duty on the show, writing, directing, and starring in the production. You can check out the show and Salée's other projects here.

Anyone who watched MuchMusic from the mid-80s to mid-90s probably recognizes Steve Anthony, who was a VJ on the station from 87 to 95, as he is immortalized in the image above. Anthony first broke into broadcasting in Montreal, working at CKGM, only to then head to Toronto's Q107 station, then MuchMusic. Anthony went on to host a variety of radio programs after his time with MuchMusic ended (though he did return to the music channel for several special prgrams) and is now a co-host of CP24 Breakfast.