10 Free Apps That Will Make Your Montreal Life Easier

Your life is about to get a whole lot smarter, Montreal.
Alex Melki 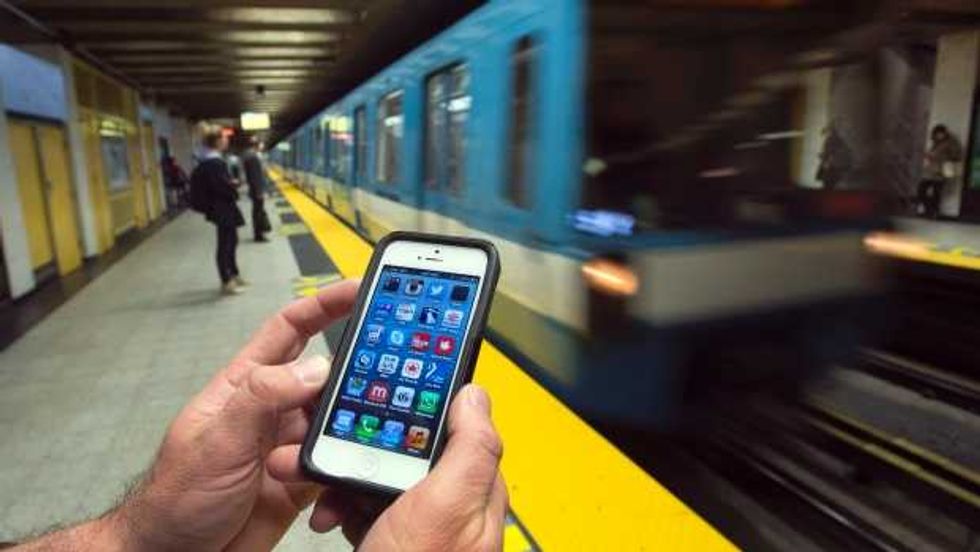 Navigating life in Montreal can be complicated, especially if you don't know where many things are. So here are 10 FREE Smartphone apps that can help you out through a typical day in Montreal.

You wake up, groggy, check your smartphone for the time. SHIT, you slept in. Luckily your phone was charging all night, so you throw some clothes on, grab your phone and run out the door.

TRANSIT App - For all your STM needs

You're headed to an interview, busting a mild speed walk to your bus stop, but you're taking a bus you don't normally take! When's it going to pass next!? You start sweating profusely, but don't. TRANSIT App will find you the closest bus/train/metro routes to where you are. It'll also give you a rundown of the upcoming bus times and map you out a route to your location, all while looking sexy on your smartphone.

UBER - Calling a Cab has never been easier

You made it to the interview, and it went great! So well in fact that the interview dragged on a full 30 minutes longer than it should have. YOU'RE LATE AGAIN! And this time you need to head to your current job. But you're in a part of town you're not familiar with and a bus just won't cut it.

Time to call a cab. But you don't know the number for any cab place in the city, and you just don't have the time to start browsing Google for the best results. Here's where Uber comes in. With a crisp design, it'll have a taxi/suv/black town car coming to pick you up faster than you can say "I have to stop being late to everything".

You're in the cab and on your way to the job that pays your rent and livelihood. But out of the blue, as it does often happen in Montreal, there's some sort of protest looming up ahead. As the crowd of people comes closer, swarming around cars and pedestrians, you realize you're not going anywhere for at least another 20 minutes. Why today?! You pay the cab driver and get out into the soon-to-be-occupied- sidewalk.

Your office building is nearby, but not close enough to walk to. If only you had a bike. Cue Biximo, the Bixi bike finder. Take advantage of the Bixi bike, it'll be around for a while as Montreal just bailed em out for a few million! Find the nearest bike dock and get pedalling!

Get a free wifi - Your wi-fi locator

Finally, 5PM! You get out of work and don't really have any plans for the evening, but don't wanna go home just yet. Where can you go that has the only thing you need to survive: Wi-Fi. The search for the almighty internet has never been easier thanks to Get a free wifi. It is exactly what the name says.

Find a free wi-fi signal nearby, without having to buy a $15.00 cup of coffee from Starbucks! After 15 minutes you've browsed all of Facebook, Instagram and Twitter. Now what?

Montreal CityMinute - Everything in Montreal

Montreal CityMinute is an app that contains a little bit of everything you'll need to know about Montreal at any given time. A combination of Traffic, Weather, News and Entertainment, right at your fingertips. You notice an interesting Museum exhibit just hit one of Montreal's many museums, and it's close too! Time to head out.

Time to hit up an ATM, but how are you supposed to know where the closest one for your bank is. And cross-bank service charges have screwed you over way too many times in the past. Enter Guichetier, the iPhone app that let's you locate ATMs in your area, narrowed down to the bank. No more service fees for you!

Even though the museum is a few blocks away, Montreal weather can be a harsh motherf***er. And it just so happens that your friend with a car is also interested in seeing this exhibit! You get picked up and park the car. How long are you gonna be at the museum though?

You don't want to over pay for parking, but you also don't wanna get your friend's car towed. Well the P$ Mobile Service allows you to keep funding that parking meter with ought having to run back to the car every 30 minutes!

Finally, you arrive at the museum. The exhibit looks great, and wow is it ever packed in here today. In fact it's so packed that you can't get to the tiny descriptions near each piece. This sucks. Hold up, just pull out your iPhone! Thanks to Montreal Museums you can get all your info on the exhibit from a safe distance. No more savagely clawing to get to the head of the pack.

Ouf, that was a great exhibit but you only now realize that you've spent so much of your day running around that you basically haven't eaten anything. But where and what DO you eat!? Montreal's culinary range is so vast that you sometimes wish you didn't have so many decisions, cause you always end up at McDonald's.

Well thanks to tuango, you can have all those options streamlined for you. The app shows you daily deals at nearby restaurants, so you can try something new and not spend a fortune doing it.

Time to unwind back at your place. But..you're...out of wine. No fear, Quebec's sovereign provider of alcohol has entered the 21st century!

The SAQ app will show you to the nearest shops for that last minute bottle of whatever. Hell it'll even offer a few suggestions if you've gotten bored with your usual go-to bottle! All will clear and colourful labels guiding you on your journey of self-discovery.

Did we miss any?