10 Insane Things Girls Do After A Breakup

You're crazy and you know it. 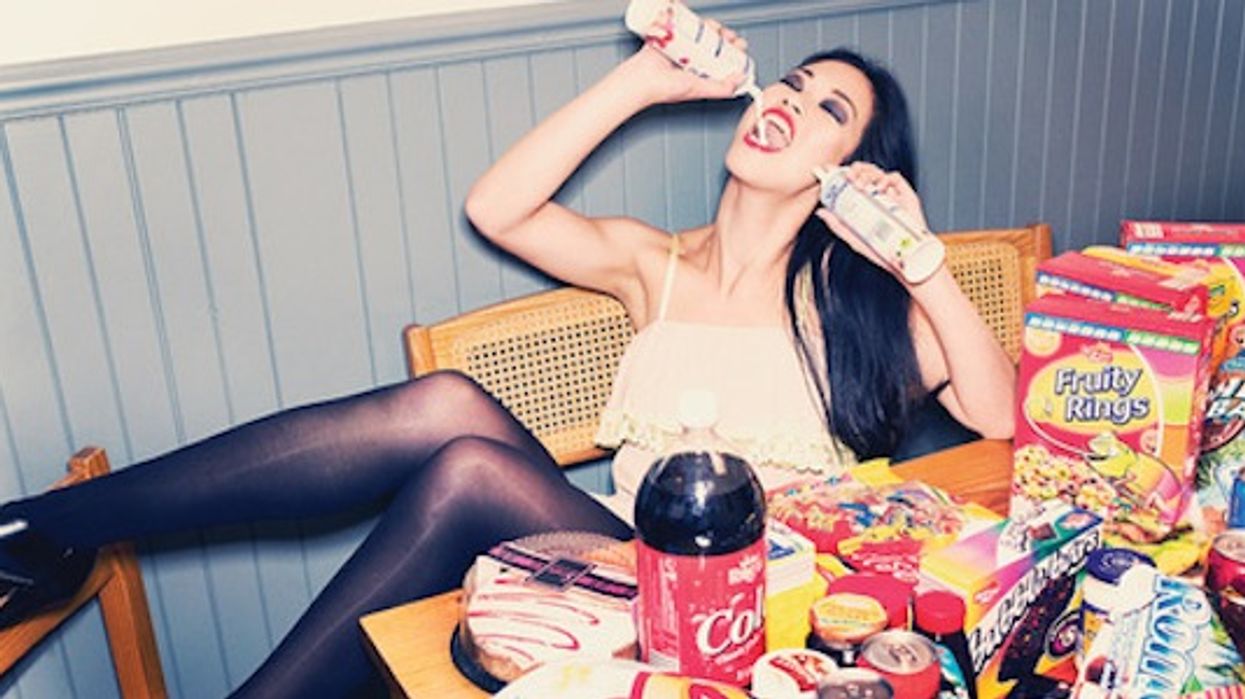 Breakups are never easy. Recovering from a breakup is even harder. You'll be surprised with some mad shit girls do to forget their exes. You know how guys like to say that their ex was crazy? Well, the truth is, all girls are crazy. There isn't one normal girl out there. Not even one. Even if she seems calm and reasonable, she's probably just not too comfortable around you yet. Basically, any girl in the world is a crazy ex-girlfriend at some point in her life. So here are ten insane things girls do after a breakup.

1. Block our ex on social media, but still stalk him

We block our ex on every possible social media because we want to prove to him how much we don't give a fvck. But we're still kind of obsessed with him, so we're on his page every day like, "He just updated his profile photo to pick up bitches, what an asshole."

We feel really shitty on the inside, so we stuff delicious and beautiful things into our mouths hoping that it would fix us. Cupcakes, poutine, potato chips and ice cream make us feel loved. We hate ourselves afterwards though. Ugh...

4. Hook up with dudes we're not even into

We want to feel desirable and boost our own confidence, so we hook up with random dudes. In some cases, we don't even like them... we just like the attention.

5. Get into a rebound relationship

We want to jump right back into that comfort zone we've gotten used to. The first guy who seems more or less decent is our victim and we're sorry because we know it won't work out.

So bad, yet so good. This is actually a huge relief. #tmi

7. Harass our plan B guy

That one guy who we always come back to after a break up will feel a little overwhelmed with our attention. We'll bombard him with text messages, like "Hey, what's up? Been a while! I miss you."

8. Stalk the shit out of his new girlfriend

That moment when we find out that he found someone new... WTF? How dare he move on? After a minor nervous breakdown, we conduct a full background check of the new chick on Facebook and Instagram. If her profile is private, we ask our girlfriends to add her. We also ask our friends things like, "Do you think she's hotter than me?" and the answer is always, "You're SO much hotter than her."

We do weird things with our hair after a breakup. It's like a "new life, new me" type of thing. We cut our bangs, dye our hair a different color and immediately regret our decision and hate the new look. Oh well, it's just hair, it will grow back, right? Right???

10. Tell everyone how our ex was a loser

Not only our ex was a major loser, he also sucked in bed, apparently. We literally don't know why we've dated him for so long but we're also still in love with him though.

A Montrealer Is Making & Selling Ballsack Soap Because, Why Not, It's 2020

We asked the local artisan some questions, including "Why?"
deadlysoaps | Instagram

Of all the things we thought we'd see in 2020, artisanal soap shaped like ballsacks was not one of them. But here we are — thanks to a Montreal soapmaker.

Montreal is known to be a romantic city, but that doesn't mean that heartbreak in the 514 is impossible. We've all gone through breakups. Some of us have done the dumping while others have been dumped, and we almost always remember which place in Montreal it happened at.

Relationships are hard, and sometimes they sadly come to an end. The only problem is finding a spot symbolic enough to terminate the love affair.

You Can Now Get "Candy Land" Milkshakes In Montreal

All your childhood dreams are coming true!
notreburgergourmet

Montreal is sure known for their insane desserts like their fried Oreos, but nothing truly compare to this Candy Land milkshake! Not only is it making your mouth water, but it is also making all your childhood dreams come true.

Tweeting your struggles away!
readysetgomcgill

Anyone who went or still goes to McGill University knows that it is truly one of a kind. There may be some struggles we all face as students, and all those negatives do sometimes trump over the positives. Plus, it’s pretty damn funny to laugh at all the McGill problems we experience on the daily. So, I have compiled this article to share with you all the #McGillproblems!