10 Montreal Iconic Establishments That Are Gone But Certainly Not Forgotten

Time machines would come in really handy right about now. 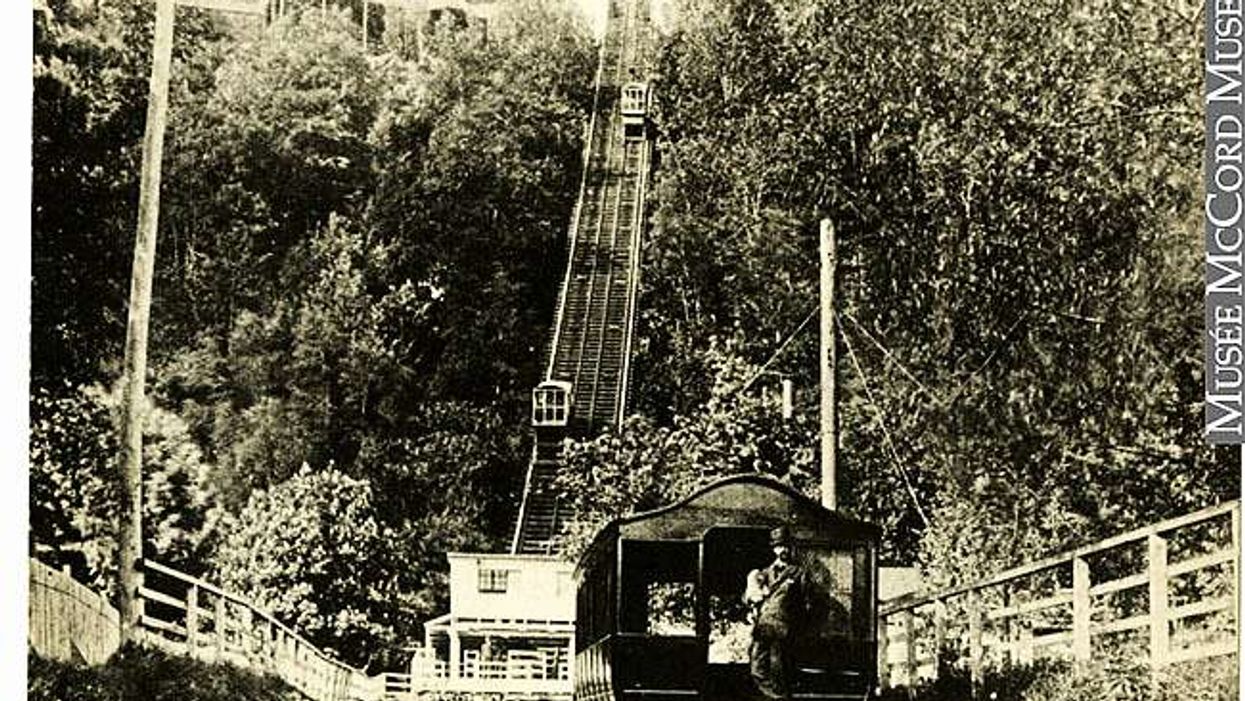 In with the new, out with the old. Vacant parking lots and grafitti-ed empty spaces used to contain bustling diners and model railways. Even the surviving ones, whose buildings weren't demolished or burned down, live on in an afterlife that will never recapture their original spirit. Every week, MTL Blog brings you news about what's new in the city. New events, new bars, new restaurants - but what about old places that no longer exist?

Ask about where to find smoked-meat sandwich in Montreal, and chances are that the first place people tell you about is Schwartz's Deli. But before Schwartz's took the throne in the smoked meat game, there was another delicatessen right on Maisonneuve that was just as, if not more, popular as Schwartz's. Bens was founded in 1908 by a Lithuanian immigrant called Benjamin Kravitz, who was basically the original gangster of smoked meat.

(in fact, Kravitz claimed that he invented the Montreal smoked meat sandwich, despite the clear fact that another store called the British-American Delicatessen Store first started in 1904. Shine on, Old Kravitz.)

In 2006, employees at Bens went on strike. The owners decided to close the diner, and a company called SIDEV Realty Corporation bought the site and demolished everything in 2008. There's an empty parking lot there now.

The answer is Victoria Skating Rink, you dumb fucker.

Another iconic Expo 67 attraction, the railway wasn't completely destroyed. You can see a small section of it at La Ronde, if that's what you go to La Ronde for. But during the Expo, the rail ran through Île Sainte-Hélèn and Île Notre-Dame, through countries' pavilions and the Buckminister's geodesic dome, and even passed by a restaurant's windows, so people dining there can look right into the rail-car.

The best part of these railways was that they were completely automated. But remember, this was a crowd who were wowed by projectors in a circle. To avoid scaring Expo-goers, fake train operators were put in front of the train to look as if they were driving the train. How boring was it? The 0perators "performed mundane tasks, such as opening and closing the doors of the train, to reduce boredom".

Théâtre Gayety started off hosting Montreal shows, then American vaudeville, then French cinema, and then, finally, cabaret. Most famously, it hosted the burlesque dancer and stripper Lili St.Cyr from 1944 to 1951. It was there she created her distinct style, which was all about "imagined romance and the intoxicating suggestion of sex, all while pirouetting along the subtle line of desire and lust, good taste and vulgarity".

One of her signature dances started with St. Cyr in a bathtub, and she would emerge slowly from the bubbles while dancing. On trial in 1951 for being "lewd and lascivious" (ie. being a stripper), she offered to perform the entire bubble-bath routine in front of a full courtroom to prove it was actually art. Montreal REPRESENT.

One of Expo 67's themes was Man and his World, and then within that was Canada and Communications. There, the Montreal public were exposed to an adorable 1960's version of "3D cinema". Forget IMAX screens or polarised glasses - in 1967, putting nine screens in a circle and projecting a reel of film on each of them was considered groundbreaking.

But because this was Disney, there were other attractions like "The Enchanted Forest", where kids sat down and phoned their favourite characters. More impressively, the exhibit predicted the advent of Skyping. The attraction called "The Picturephone Set" works exactly like it sounds. You call someone and see them at the same time.

The exhibit was so popular it drew about 3,000 people every hour. I wish people in the present were this excited about the future.

Right above the Lucien L'Allier metro and train station, there used to be a little residential area between downtown and Little Burgundy. Once upon it time, it had been the site of pretty brick buildings and classic Victorian townhouses.

In the 1980's, two developers operating under name like Les Galleria Dorchester and Grinch Realties wanted to build a series of condos there. In a total dick move, the city supported their venture and declared "electrical hazards" in some of the buildings. Building inspectors ordered people to move out, but the residents there were like "...non." A decade of legal battles and protests followed, including a raid by a SWAT team and the police, who threw 13 residents in jail overnight. The company got the land eventually, but never managed to build the new buildings. The only things left there now are a parking lot and the Lafontaine house, which had been boarded up to prevent squatters.

Back before WWI, people who wanted to climb to the top of Mont-Royal didn't actually have to climb. They had a convenient steam-powered cable railway to take them directly to the mountain's top. Can we bring this back, please?

Near where the Europeans settlers first disembarked from their ships, this building was built in the 17th century, and housed the Parliament of the Province of Canada in 1844.

But that's not why it's awesome. It's awesome because, in classic Montreal style, politicians from Parliament of the Province of Canada rioted, set the building on fire to protest paying government fees, and then fought off the firemen trying to put out the flames.

Ironically, the spot where the east wing of the Place d'Youville used to be? There's a fire station there now.

Sure, they rebuilt it three times, but the second time was the best. You see, back in the day of Nouvelle France, the settlers owned approximately 1,500 slaves. About 500 were black, and 1000 were Native and had been captured in war and sold into slavery. So yes, there was totally black people living in Canada way back then, and yes, every film ever made about Nouvelle France lied to you.

What is with this hospital and being shitty to women?

The news of Mirabel's demolition first surfaced in August this year, but the definite news of its demolition was just announced this week.

Farewell, Mirabel Airport. We wish we could say something funny, or interesting, or touching about your demise. But the truth is, you haven't been that exciting since 1997, when the ban on international flights was lifted from Dorval airport. Has any human even been there since?

Note: MTL Blog's editor, Josh, told me that you used to be a great backdrop for car photoshoots. At least you have that going for you, Mirabel.

For more Montreal history, find Sijia on Twitter (@chuffystilton) or on her tumblr.