10 Of The Most Horrific Disasters In The History Of Montreal

A history lesson in tragedy 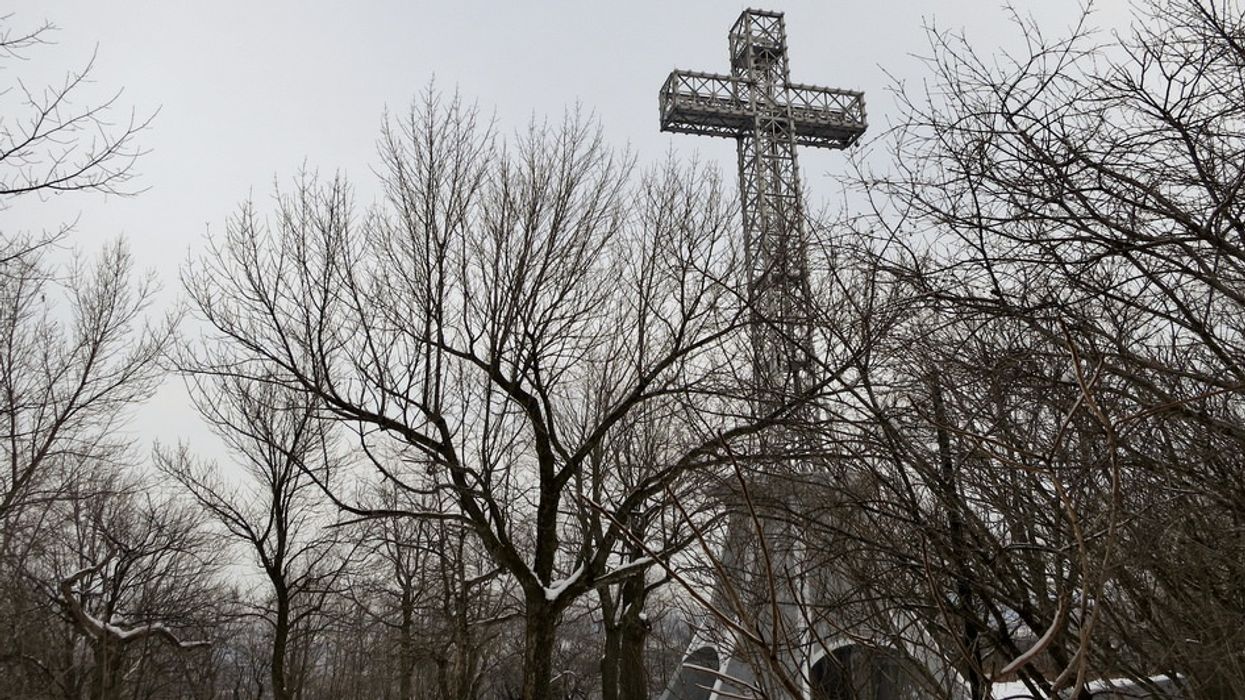 Epidemics of cholera; raging fires that claimed the lives of many children; massive floods that overtook the city. Disaster has struck Montreal more than a few times in the city's very long history, with tragedy taking every form imaginable.

Shaping Montreal both physically and cognitively, with each calamity influencing how citizens have (and continue to) perceive the city, the many misfortunes that have fallen upon our metropolis are integral to Montreal's history.

So every Montrealer knows and understands the struggles experienced by citizens of the past, we're listing some of the most horrific disasters (those not directly caused by the intent of a person) in the history of Montreal. Read on and get to know the disastrous side of the city's story.

The Flood of 1642 That Brought The Mount Royal Cross

Little is known on the specifics on the flooding that occurred in Montreal in late 1642 (it was nearly 400 years ago, after all) but we do know that the flood was intense enough for Paul de Chomedey de Maisonneuve, the founder of Montreal, to ask the heavens (specifically, the Virgin Mary) to make the waters recede. Whoever was listening upstairs complied, and Chomedey kept his promise, carrying a wooden cross to the top of Mount Royal on January 6th of 1643.

There, now you'll know the answer when the inevitable "how did the cross on Mount Royal get there?" question comes about on trivia night.

The Great Montreal Earthquake of 1732

At precisely 11am on September 16th, 1732, Montreal (or New France, as the city was called at the time) was (literally) rocked by a 5.8 magnitude earthquake that destroyed major segments of the city. In total, 300 houses were damaged, along with 185 buildings, though the latter damage was largely due to the large fire that started as a consequence of the earthquake.

No official deaths were documented as a result of the earthquake, though one young girl could have been the only fatality. A lack of concrete evidence makes the death refutable and remains unconfirmed.

The Cholera Epidemic of 1832

Beginning in June of 1832, Montreal, and much of Lower Canada, experience a Cholera epidemic of the largest scale. In a few short days, the illness spread among all social classes, resulting in 261 deaths in just ten days.

The final death toll, as listed by the era's Montreal Board of Health, reached 1904 individuals. However, many believe the figure to be well above 2000 deaths, as a large portion of cases likely went undocumented.

The Typhus Epidemic of 1847

When Quebec experienced a mass migration of Irish immigrants in 1847, during Ireland's Great Famine, a quarantine area was set up to contain many of the travelers who had been stricken with typhus. A majority of Irish immigrants were quarantined at Grosse Isle, Quebec, a small island off the coast of the Saint Lawrence, though many were later moved to the Montreal area.

A large number of "fever sheds" were built at Windmill Point (now known as Goose Village) to house the typhus-afflicted immigrants, though despite the city's best efforts, the sickness became an epidemic quite quickly. From 1847 to 1848, somewhere between 3, 500 and 6, 000 Irish immigrants died from the disease.

A combination of factors led to Montreal's Great Fire of 1852, so many that it seems like this disaster was fated. For one, the city's reservoir, which had just been built, had been drained for repairs. Then there was the strong winds and intensely dry and hot summer weather experience on July 8th of 1852. All the fire needed was a spark, caused by a tavern on Saint Laurent Boulevard.

Spreading from the wooden tavern, the fire went on to burn down a near half of Montreal's housing, leaving 10, 000 citizens homeless. At the time, only 57, 000 people lived in Montreal, so that's quite a large section of the population to be left without a home.

Montreal regularly experienced flooding back in the day, directly due to ice that would stop up the Saint Lawrence and cause the river to overflow, though the city had never experienced a flood like the one that took over Montreal on April, 14th 1861.

Known as "the inundation," this particular Montreal flood saw the Saint Lawrence rise a full 24 feet at its peak, covering a full quarter of the city. A major surprise to citizens, the flood rose so quickly it quite literally trapped many church goers who were attending evening mass.

And the city wasn't going to get a rest from major floods for the next few years. The city already saw water in the streets in 1861, then again in 1869, and experienced the largest in 1866, which last a full week and submerged entire sections of Old Montreal in 4 feet of water.

The Smallpox Epidemic of 1885

On a train from Chicago to Montreal, a plague of smallpox was brought into the city, ravaging the population. When the population of Montreal was just above 150, 000 citizens, smallpox infected over 9, 000, with the disease killing 3, 146 Montrealers.

Adding another layer of tragedy to this disaster is how many of the smallpox-related deaths could have been avoided if more Montrealers had taken a vaccine for the disease. Unfortunately, many citizens were tricked by anti-vaccine propaganda propagated by the church, a majority of whom were French-speaking citizens.

Proving that Valentine's Day is only a harbinger of tragedy is the now-legendary Grey Nuns fire. On the night of February 13th, 1918, for an unknown reason, the Grey Nunnery lit up in flames, starting on the top floor and spreading to the rest of the building.

Already put to bed, many of the orphaned children who lived at Grey Nuns were immediately caught in the blaze, with the death toll reaching 53 individuals. Many speculate the total number of deaths to be higher, as it is suspected that the bodies of some children and babies were cremated so extensively by the fire that no recoverable piece their body could be found.

The Laurier Palace Theatre Fire of 1927

No time is a good time for an intense fire to erupt at a public theatre, but when 800 kids are there to watch a comedy, well, that would be an especially bad time. Such was the case during the Laurier Palace Theatre fire, otherwise known as the "Saddest fire" or the "Laurier Palace Theatre crush."

On Sunday, January 9th of 1927, the Laurier Palace Theatre then-located on 3215 Saint Catherine Street East burst into flames, likely due to a lit cigarette that had fallen beneath the theatre's wooden floorboards. 78 children perished in the fire, with 12 being trampled and the other 64 dying of asphyxiation.

Headed from Montreal to Toronto on November 29th of 1963, TCA Flight 831 would never make it more than 32km north of the city. About five minutes after takeoff, the airline jet crashed near Ste-Thérèse-de-Blainville, Quebec, with all 118 people on board dying in the crash.

An official cause for the crash has remained a mystery, partly because the plane was damaged too badly and for the fact that on-flight data recorders were not the norm. The most likely cause was complications with the jet's pitch trim system, which also caused a similar plane crash three months later.