10 Things That Piss Me Off About The Fall

Apple picking svcks and you know it. 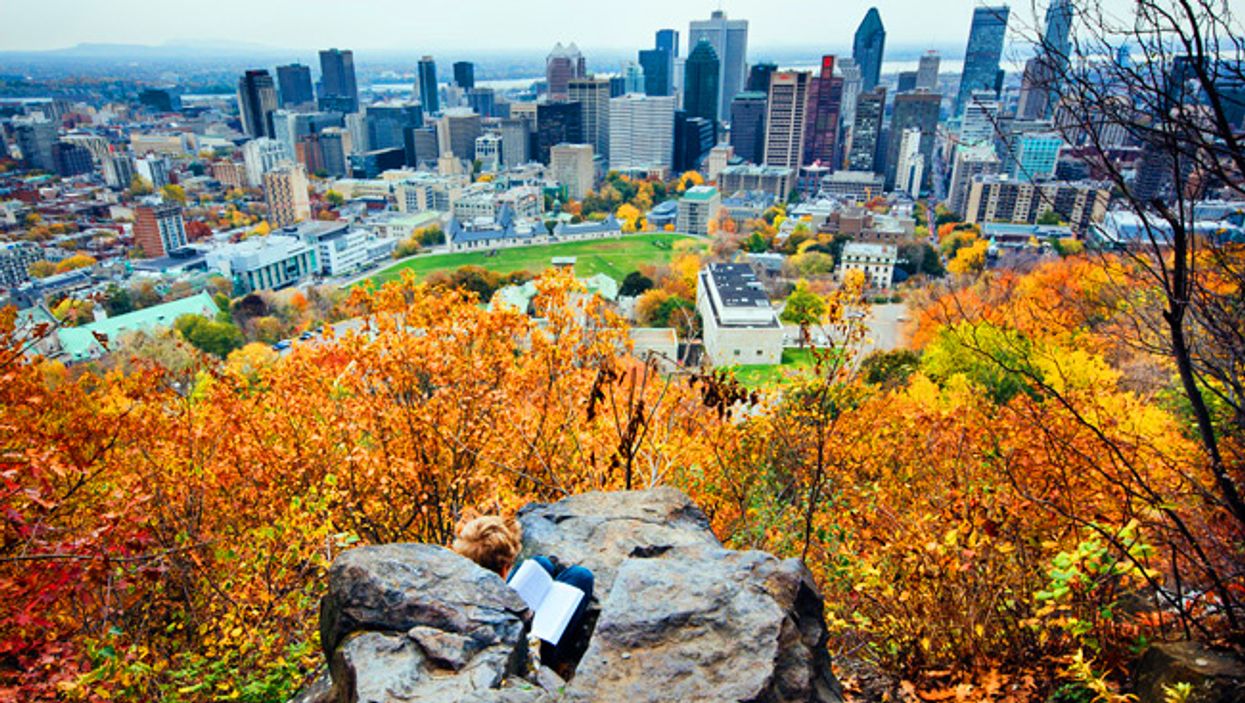 Ah Fall. Fall is the seasonal equivalent of getting butterflies in your stomach. Winter is the big annoying exam you have to pass and Fall is the feeling you get right before it begins, that feeling that reminds you of how dreadful winter will be. It's too cold, it's grey ...  it's straight up depressing.

Some people love the fall. I however am not one of those people. So join me as I explore what makes this season so shitty.

Those god damn leaves, they think they're so pretty and awesome but it the end they're not that nice to look at, and even if they were, it's not enough to convince me to put up with them.

They're everywhere! They're all over the floor, they're in my entrance, they're under my windshield wipers, they're covering my balcony, they crunch when you step on them and they make that annoying sound as they get blown around by the wind. Fuck leaves and the Leafs too while we're at it.

It's coooold. And not that intense cold you're prepared for. This cold sneaks up on you. At least the winter is cold the whole time, you accept it and you plan accordingly, but the fall has an annoying way of making you think it's hot outside when it's actually cold as fuck.

What the fuck happens to the sun during the fall? It makes regular appearances all year round but when fall comes along, the sun decides to fuck off all together. Feels like I'm living in England during the industrial revolution.

So I have to dress up now? Why? I don't wanna wear makeup that'll feel dried up and crusty after an hour. I don't want to put on a mask that makes it hard to breathe. And I don't want to be stuck carrying Thor's Hammer all night just because it's part of the costume. I like having the use of both my hands.

Stop it with the god damn candy already. Halloween is 1 day, why are you eating candy for a month straight? Those tiny chocolates wrapped in orange tin foil that ends up in tiny pieces everywhere. They're so tiny you can eat 15 of them and not even get full.

For the record, Tootsie Rolls suck, stop making them. No one's ever actually bought a Tootsie Roll, so where the hell do they all come from? Are we just constantly exchanging the same Tootsie Rolls with each other?

The main problem with fall is the identity crisis brought upon by Halloween. It's supposed to be a dark, scary thing, but it's also mainly for kids. So the result is these weird scary/child friendly decorations like giant purple smiling spiders and shitty "friendly monster" characters. Also call me crazy, but luring children with candy seems creepy to me.

If everyone likes it so much why don't we just sell it all the time? That way when I get a craving for pumpkin spice I can just buy some, instead of having it everywhere for 2 months until the smell of it makes me sick to my stomach and I need the following 10 months to recover.

No matter how you dress, at some point during the day you will feel too hot and later on you will feel way too cold. You can't win.

When did apple picking become "fun"? I hate picking fruits and vegetables. That's why I don't have a garden. Everyone on your news feed posting invites to apple picking events? People who don't eat a single apple all year round all of a sudden get boners for apples. Then you're stuck with a 10lbs bag of apples slowly rotting on your counter. You try to pawn some off on other people but TOO LATE, you're the 5th person to give them apples.

Everyone is sick. What happened to everyone's immune system all of a sudden? Perhaps it has something to do with the fact that it's become impossible to dress appropriately for the weather.

Get in your car and go!

These hot and humid days have us dreaming about Quebec in the fall — crisp air, gorgeous leaves and apple pie... yes, please. But no need to start planning for Autumn just yet. There are so many places where you can take a spontaneous road trip, even just for the day, within three hours of Montreal.

So put these amazing fall destinations in your back pocket. And, one fall day, you can simply get in your car and drive off on an adventure.

For a limited time only, a boozy outdoor mini-putt course by Grey Goose Vodka has been constructed in Montreal, offering "golfers" the chance to day drink while enjoying an activity in the sun.

The pop-up mini-golf course is running for 12 days — from July 24 to August 4 — at the Grand Quai of the Old Port of Montreal.

What could be better than chilling by Montreal's Lachine Canal with ice cream or cold brew coffee on a hot Sunday in June? Getting it for free, obviously.

To celebrate deconfinement in Quebec, Riverside St-Henri — an indoor/outdoor bar, cafe and food truck near the canal — has teamed up with Silo 57 to offer you a FREE ice cream cone or cold brew on Sunday, June 13.

With Montreal experiencing its first real heat wave of the season, how could you not be dreaming of refreshing swimming pools and cold desserts?

Le Blueboy Artisan Glacier in the Plateau Mont-Royal, a '60s beach-themed artisanal ice cream parlour, has the ultimate summer treat for cooling down during a heat wave.