These are the people who really like to bike. 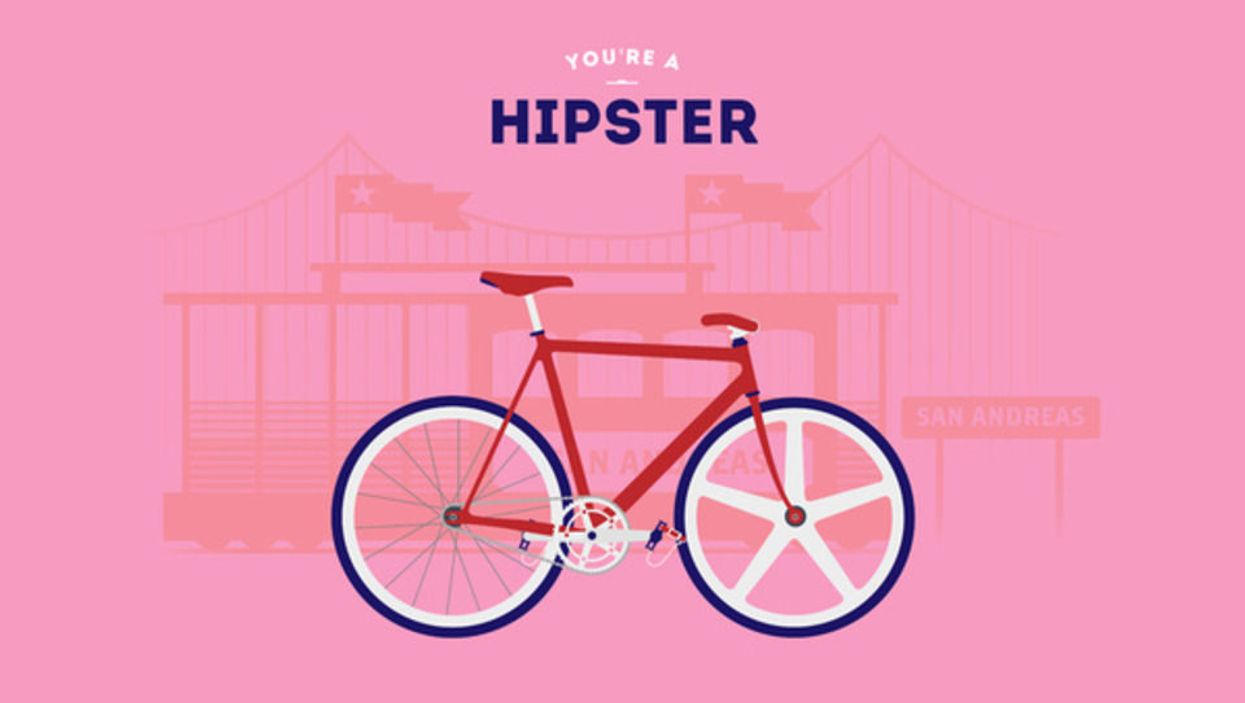 As we all know, Montreal is loaded with bikes. But have you ever wondered about what kinds of people you can find riding on them? The French design company Cyclemon created a hilarious and adorable series of prints illustrating stereotypes of types of bikers and the types of cycles you'd expect to see them on. We've re-posted shots of the lovely pictures for you, along with a little info about where you can find these sorts of people around Montreal.

If you're looking to hang with some older lovely ladies, Crescent Street is where you'll want to go.

You'll catch this bro in the one of the skate parks of the West Island, trying to pick up chicks with his gnarly tricks..

Even though he's reaching the end of his days, your grandfather still enjoys a nice bike ride around his hood, Westmount, now and then.

This chick is usually chilling at home with her vinyl collection or out seeing the latest band that Pitchfork recommends, but every now and then she likes to go for a ride around her neighbourhood, the Mile End.

When you're biking through the Lachine Canal, there's nothing more annoying than having some lazy asshole getting in your way.

Every year, Vélo Québec organizes a massive night ride, and you can see them start off at Parc La Fontaine.

These dudes know that they're the shit, and you can catch them strutting their stuff up and down St-Laurent.

In ye olde days, these guys tore shit up in their old-fashioned bikes all over the Old Port.

The Mountain - The Warrior

You can catch these badasses trying to beat their best times going up and down the Mountain.

These guys didn't make the official list because they don't actually ride--they're the people who go HARD on the cardio inside of a air conditioned gym.

Hungry after your ride? Click here for the Best Montreal Mac N' Cheese >