10 Ways To Celebrate The End Of Final Exams In Montreal

Just don't think too hard about your grades. 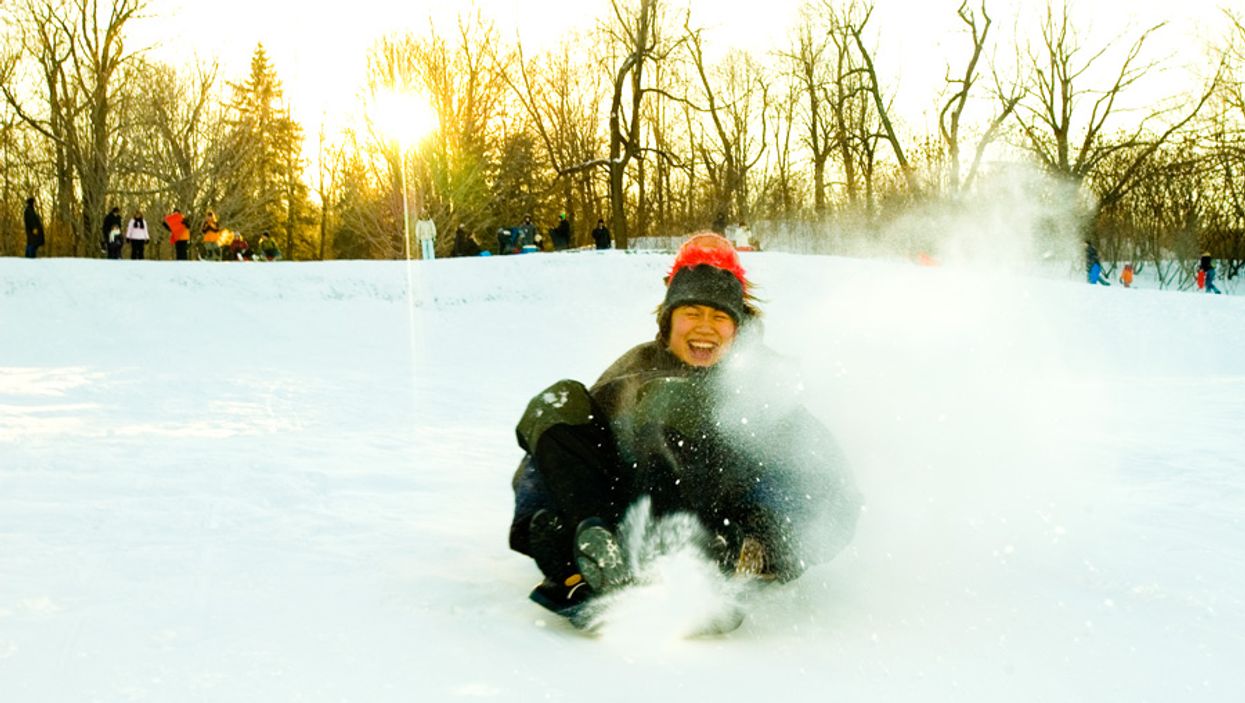 Q: How do you know when you've studied enough? A: You haven't.

As Parkinson's Law states, "work expands so as to fill the time available for its completion", i.e. "studying expands to take ALL the time you've set aside for it", i.e. "you can always study a little bit more", i.e. "fuck you too, school". After cramming everything you were supposed to have learned in three months in three days, you're ready to just get it over with.

...and then you do. That's when you celebrate. Click here for 10 Ways To Celebrate The End of Exams in Montreal >

Celebrate the end of responsibilities by dedicating your time to not doing anything, starting by wasting a large chunk of your day by watching a movie at discount prices. If you take the metro to Namur, Dollar Cinema sells the cheapest movie tickets in Montreal (note: not actually a dollar though). If you're downtown, Scotiabank sells discount tickets on Tuesdays. No one goes to the showings in the middle of the work day, so you can spread out your stuff, put up your feet, and forget everything about the semester.

Shhhhh, no questions asked . Just lie down and nap. Trust me. Just sleep.

Attend the winter fireworks festival with your friends

Why should you go? Because the TELUS Fire on Ice is outdoors (you've spent way too long inside), and most importantly, free.

Host an outdoors bonfire and burn your useless notes

Disclaimer: only attempt if you actually have experience with outdoor fires. If not, consider putting them in a recycling bin instead.

Waste an evening playing arcade games at Amusement 2000 Plus, Foonzo, or Randolph

Amusement 2000 is an arcade with bigger and has flashier games (I love those dumb shoot-em-ups with the fake sniper rifles, okay?), while Foonzo and Randolph Pub are gamer bars with space to lounge around, order drinks, and play board games if you want to go low-tech.

Clean out your closet and sell your stuff to Eva B

Trade your old stuff for more (old) stuff, or sell it somewhere for cash to fund Christmas shopping and holiday drinking. Live way too far from Eva B? Here's a list of Montreal thrift shops, or you can find a Village des Valeurs near you.

Binge on food in an all-you-can-eat buffet

You deserve it. Time to give up your exam diet of lukewarm coffee and cheap candy from your university vending machines.

Make an attempt to have a healthy, active lifestyle

The heaviest thing you've lifted all December had been a textbook, the only thing you do all day is to sit at your desk, and you can't shake your post-exam exhaustion even after a 12-hour sleep. Maybe it's time to get moving? But instead of doing your boring old routine, celebrate the semester's end by going rock-climbing, taking a hot yoga class, or skating outdoors.

Gather a group of friends for a pub crawl night

Check out our pre-planned, pre-thought out map of Montreal pub crawls. For example, The Saint-Laurent Sprint

1. Start off at McKibbins Irish Pub

3. Lounge out with a drink and play some video games at Apt 200

4. Head over to Bar Bifteck for some cheap pounding

5. Ever watched skateboarding in a bar? Good, cause TRH Bar is next.

6. If you’re still hungry, you can dish out another toonie at Chez Mein on some peanut butter noodles.

7. Head up the stairs to Bar Korova

10. Get your last few cheap pints at Barfly

11. Finish off with some good times at Divan Orange

The second your exams are over, you revert back to childhood. A boozy, sad child who has sustained serial sleep deprivation in the past few weeks, but a child all the same. Do a few shots and go down a hill at top speed. You'll feel better.

If you’re also a weirdo about Montreal culture and humour, find Sijia on Twitter (@hey_sijia) or on her tumblr.

Looking for more? Click here for 14 Great Spots To Take A Date To In Montreal If You Don’t Drink >

With just a couple of weeks to go before students head back to school, the government is tightening COVID-19 measures for Quebec students. For the start of the 2021 school year, students at the province's CEGEPs and universities will be required to wear masks — even in classrooms.

Although it was announced on August 6 that students would not be required to wear masks while in class or in the library, this was subject to change and the current situation appears to have forced a stricter update.