10 Ways You Can Save Money On Your Groceries In Montreal

It's easier than you think. 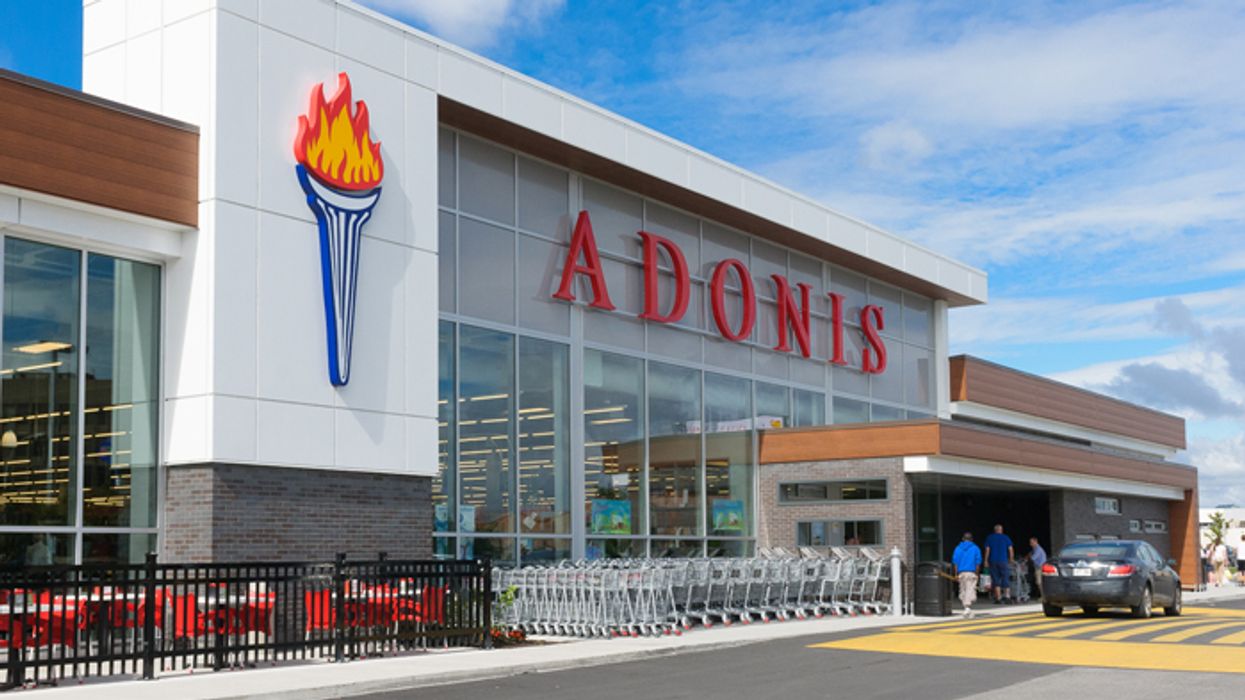 Why does food cost so much?! Seriously. Sure, we all indulge in a little takeout from time to time, but by far the cheapest way to make sure you don't starve is to go grocery shopping, and it's still expensive. Luckily, there are ways to make budget-friendly choices without cutting corners on health and nutrition!

1. Check the sales circulars in advance

This is super important. If you live in an apartment building, there are probably some sales circulars for nearby supermarkets stacked near your mailbox. If you live in a house, congratulations, you probably get a Publi-Sac straight on your doorstep. Look through the entire circular for your preferred grocery store and take notes of what's on sale.

2. Think about the meals you want to cook and make a shopping list.

Once you know what's on sale, start making a meal plan that uses those products. This sounds difficult, but essentially you're just deciding what you want to cook that week and thinking about the ingredients in those recipes. Check your pantry and make a list of all of the ingredients that you'll need. That way you won't be wandering through the grocery store grabbing things aimlessly.

3. Have a snack before going to the store.

You know what sucks? Wandering down aisle after aisle filled with food when your stomach is growling. You know what's worse? Getting home and unpacking your groceries only to realize that you bought nothing but sweets and carbs. Avoid this by having a slice of toast or an apple before heading out to do your shopping.

4. Be honest about what you’ll actually eat.

Sure, brussel sprouts are healthy and on sale this week… but don’t pretend they won’t just end up rotting in the back of your fridge. Uneaten food is wasted money, so don't buy things that you know you dislike, so matter how cheap they are.

Depending on the time of year, certain foods will be less expensive. This is particularly relevant for fruits and vegetables. For example, I spent $1 on a watermelon a few weeks ago; now, the same watermelon would cost me $8. Why? Because we can't grow watermelons in Quebec in October and they have to be imported. Right now carrots, apples, onions, and beets are in season here in Quebec, so they're dirt cheap.

6. Buy the ground meat that’s a day from expiring

I've been talking in generalities so far because I don't know what kind of food you eat. But assuming you're not a vegetarian, you need to start buying ground meat. Pork tends to be the cheapest, but it may vary from week to week. Ground meat is easy to cook, goes with everything, and tastes excellent. Buy the meat that's one day away from expiring (it's crazy-cheap that day) and cook it when you get home. You then have either three days to eat it fresh, or you can freeze it and save it for later.

7. Consider having a few vegetarian meals each week

Meat is expensive. That's why I made an entire point on the cheapest meat option. But you can cut down costs even more by supplementing your meat-eating with other protein options - an egg every morning, tuna sandwiches (yes, I know fish is technically meat, but it's canned and sold for $1.50, for chrissake), and anything with beans are all great options.

8. Opt for canned or frozen veggies as often as possible

Sure, the vegetables in the produce aisle feel healthier and more grown-up. But they're not. Vegetables are frozen or canned the day they are picked, so they're just as healthy as the fresh produce, and they're way less expensive. Not to mention they keep for way longer, so there's no chance that you'll have to throw any away because it grew mould or something.

9. Don’t buy any beverage other than milk.

Or booze, obviously. But for real, stop buying juice. It's expensive, full of sugar, and not nearly as full of nutrients as those in-season fruits. And please don't buy bottled water - tap water is just as clean, and it's free, so just get a reusable water bottle and save your money.

Another specific one, because it's so true. You can buy a big bag of instant oats for next to nothing, it's healthy, it's filling, and you can give it some flavour with sugar, maple syrup, spices, jam... you can even throw some frozen berries into it, since the heat will thaw them out. Also, if you have something with vitamin-C (like an in-season fruit), you'll benefit from the non-heme iron, which we ladies could all definitely use. Ahem.

BONUS: Shop in a less affluent part of town.

The Loblaws in the richer part of town will charge more for the exact same products as the Loblaws a few blocks away in the poorer area. Because they can. So if you're living in a tiny apartment in an upper-middleclass area, considering heading over to a supermarket in a lower-middleclass or lower-class area to save some cash.

7 Money-Managing Tips Every Millennial Should Know, According To A Canadian Banking Professional

Stay smart with your money.

Knowing how to manage your money can be tough. Personal finance isn't something that's typically taught in schools, and if you don't have a financially savvy person in your life, you might be left to figure it out on your own.

To help you learn more about money management and how to get more value from the things you do every day, Narcity got in touch with Erica Nielsen, Senior Vice President of Everyday Banking and Client Growth at RBC.

They spoke about tips to help you manage your money, and the launch of RBC Vantage — which gives you access to a comprehensive suite of benefits, interactive tools, rewards and savings available simply by having an RBC bank account.

Getting paid to study? Yes please. 💵

Last May, the Quebec government unveiled the outline of a new program supporting the training of 2,500 people in the field of information technology and communications. The list of training courses paid $650 per week is out and there is something for everyone.

Since July 1, it has been possible for people who have had to recover from unemployment due to the pandemic and for people who have not been studying full time in the last 12 months to register for one of the training programs of the Program for the requalification and the accompaniment in information technology and communications (PRATIC).

From Afro-Québécoise to Caribbean cuisine, food lovers will want to try this!

MTLàTABLE is back with set menus at your favourite eateries!

MTLàTABLE is back this year, and around 100 Montreal restaurants are participating in the city-wide food festival between June and October. You can get three-course meals at some of the city's best eateries starting at $20.

MTLàTABLE has revamped its format for 2021 complete with table d'hôte menus, fresh local produce and prizes you can win for simply dining out.