All of the shows that you don't want to miss.
Laura Hanrahan 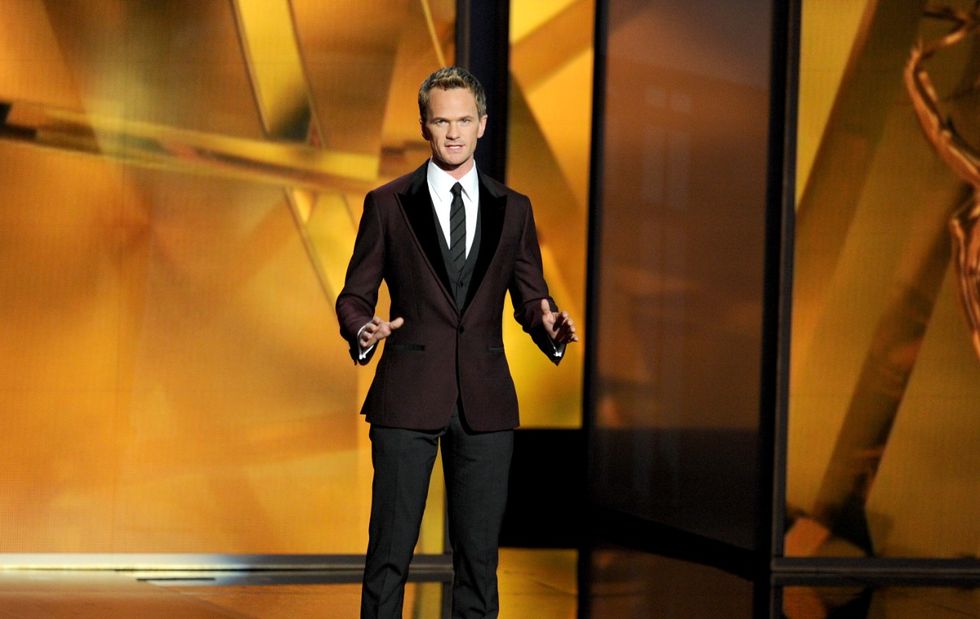 The Just For Laughs Festival is back again this year, taking over the city of Montreal for the month of July.This year's lineup is absolutely stacked, and if you're like me, you're probably having a hard time figuring out how you're going to fit everything in - there are just too many good shows!

If you're looking for a way to narrow down your options, and make things a little easier for yourself, here are the 11 comedians that you absolutely need to see at this year's JFL festival.

NPH is our favourite child star, magician, awards show host, How I Met Your Mother womanizer, Instagram presence, dad, and all around great guy. With sword swallowers, acrobats, burlesque dancers, clowns, comedians and more, NPH's gala Circus Awesomous is going to be legen-wait for it-dary!We can guarantee that his JFL show is the one everyone will be talking about, so do yourself a favour and get a ticket today.

The white knight of Twitter, defender of all things good and comedy, Patton is one of our favourite comedians in the stand-up world today. We're lucky to have him in Montreal bringing his humour to the Just For Laughs stage.

A personal favourite of mine, Ellie has had a killer year since her breakout success with the Netflix hit Unbreakable Kimmy Schmidt, which I've most definitely binge watched multiple times. Enjoy a glass of Pinot Noir at the stacked, all-star lineup of this sure-to-be miraculous gala, which also features Reggie Watts, Chris Hardwick, Margaret Cho and Pete Holmes.

My inner nerd is rejoicing at the thought of this show. In the past few years Sir Patrick Stewart has proven himself to be as adept at comedy as he is at drama, with hilarious guest roles in Family Guy and Ted. And if his upcoming series Blunt Talk with Seth McFarlane is as funny as it looks in the previews, this is gonna be a gala you don’t want to miss.

You'd have to be crazy to miss the hottest rising star in comedy today before he takes over the Daily Show this fall. Plus, he’s possibly the funniest stand-up comedian to ever come out of South Africa, so his Just For Laughs show is sure to be a good one.

Jane Lynch was without a doubt one of the best parts of “40 Year-Old Virgin”, “Role Models”, and yes, even Glee. Her gala at JFL is sure to be full of her signature dry wit, biting sarcasm, and tons of laughs, especially when special guest Danny Bhoy takes the stage!

Pumped doesn't even begin to describe how I feel about the thought of seeing the host of my favourite Nerdist podcasts live. He has you cracking up more times than you can count on Comedy Central's @midnight and The Talking Dead, and I'm anticipating adding a few more times to that list after his JFL show.

Sebastian Maniscalco's standup is laugh-out-loud hilarious, and if you want to get a taste of what his JFL show will be like, just watch any clip of his new show “Aren’t You Embarrassed?” on YouTube and thank us later.

From her stand-up acts to her outspoken political persona, Margaret Cho is always herself and we're sure she'll be bringing that to the stage at JFL. From the title alone, her new show “There’s No “I” in Team but There’s a Cho in Psycho” is sure to bring the laughs.

TJ Miller, Chris D’Elia, Pete Davidson, and Jerrod Carmichael are hosting the most buzzed about multi-comic show of the festival. Happening on four different nights, you have plenty of chances to catch it. I don't know about you, but this is definitely where I want to be this month.

Dave Chappelle’s shows are already the talk of the festival, and they haven't even started yet. If you're unfamiliar with how much we love him, or have been sleeping under a rock, Chappelle’s shows have been selling out left and right. But thankfully for us, he's been adding new dates to accommodate the demand. If you’re lucky enough to get your hands on a ticket, hold onto it tightly, because this is the number 1 can’t miss show of the festival.