12 Things You Need To Know About Justin Trudeau's Father

He's more than just the name of an airport. 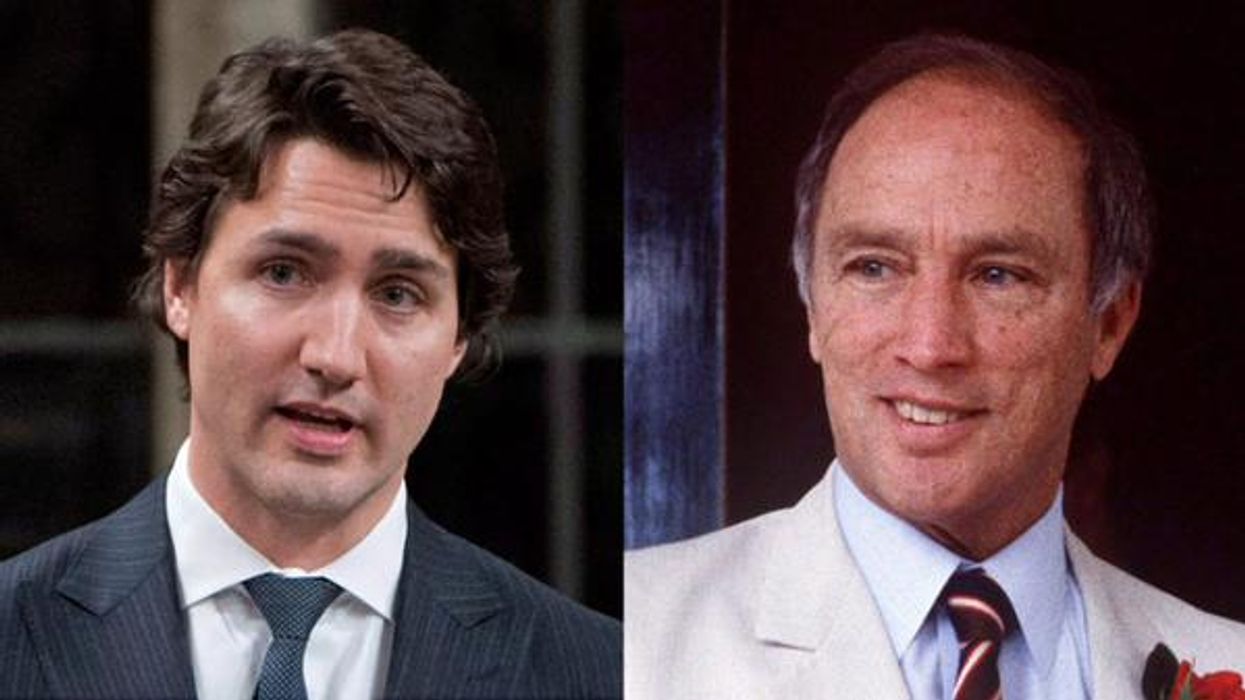 Few Canadian politicians are quite as well known, renowned, and respected as Pierre Elliott Trudeau, the 15th Prime Minister of Canada. The elder Trudeau's accomplishments were many, and are still felt today, but in the light of his son's newly gained popularity and position, we thought we should delve into what made Pierre Trudeau so great, especially since a lot of the younger folks reading may not know.

With a legacy that extends far beyond being the name of the airport, Pierre Trudeau changed the face and inner working of Montreal, Quebec, and Canada as a whole. So if you don't know, or simply need a reminder why Pierre Trudeau, father of the Prime Minister-Designate Justin Trudeau, continues to influence life in Canada, simply read on to find out.

Fidel Castro & Leonard Cohen were pallbearers at his funeral

When Trudeau passed away on September 28th, 2000, his death rocked Canada and well beyond. A sampling of some of the high-profile attendees include Cuban President Fidel Castro, Jimmy Carter, and Leonard Cohen, all who were honorary pallbearers. Justin actually gave the eulogy, which many saw as a sign he would get into politics.

When Trudeau ran for Prime Minister in the late 60s, there were a lot of Montrealers who were righteously pissed with him. During a Saint-Jean-Baptiste Day parade in Montreal, the day before the election, Trudeau was welcomed with rioters throwing rocks and bottles where he was seated in the parade. Trudeau didn't flinch at all, and withstood the angry and somewhat violent rioters throughout the event. The next day, Trudeau won the election.

Between 1969 and 1970, Trudeau was getting it on with Hollywood singer and actress Barbara Streisand. Some believe the two were in talks to get married, but nothing was ever confirmed.

His wife was a serious party girl and rebel

Eventually Trudeau did marry, getting hitched with Margaret Joan Sinclair March 4, 1971, when she was just 22. A serious socialite and party-girl, Margaret regularly made headlines, having once smuggled drugs into Canada inside of Trudeau's luggage, partied at the infamous Studio 54, and for being romantically linked to U.S. Senator Ted Kennedy, Ronnie Wood of the Rolling Stones, and Mick Jagger.

Margaret and Pierre divorced in November 1983, which was then finalized on April 2, 1984.

He didn't let terrorists f*ck with him

In the 1970s, during the event now known as the October Crisis, a British diplomat and the Quebec Labour Minister were kidnapped in Montreal by a group calling themselves the Front de libération du Québec. Trudeau, in response to the crisis, enacted the War Measures Act, which basically gave the government the power to arrest anyone without a trial.

Obviously people criticized Trudeau's approach, and when asked how far he would go to end the crisis, Trudeau uttered the famous phrase "Just watch me." Five known FLQ kidnappers were eventually caught, and the British consul was rescued. The Quebec politician was found dead in the truck of a car months prior.

He made being gay and getting abortions okay

In 1967, Trudeau was made Canada's Minister of Justice, and in the role he introduced the "Criminal Law Amendment Act." The bill, which covered a lot of ground, notably decriminalized homosexual acts between two adults and legalized contraception and abortions.

When questioned about the rights of homosexuals in Canada, Trudeau commented that "there's no place for the state in the bedrooms of the nation." What a boss.

He was born in a house in Outremont

On October 18th, 1919, Pierre Elliot Trudeau was born right in the borough of Outremont at 5773 Durocher Avenue, with the aid of a midwife.

He didn't serve in WWII because, Quebec

After being conscripted into the Canadian Army, Trudeau chose to be a part of the Canadian Officers' Training Corps, partly because the regiment wasn't being sent overseas to fight in World War II. Trudeau never wanted to go fight in the war as he believed it would go against the beliefs of Montrealers and Quebec as a whole, who at the time didn't see WWII as a "just war."

He studied at UdeM, Harvard, and in Paris & London

Before WWII Trudeau had a law degree from the Université de Montréal. Afterwards he went on to get a masters in political economy at Harvard, followed by studying at the Institut d'Études Politiques de Paris, then the London School of Economics.

He was blacklisted at UdeM and by the United States

The premiere of Quebec during the 50s didn't have much love for Trudeau, and blacklisted from him teaching at the Université de Montréal. Eventually, though, Trudeau did become a professor at the university, teaching law from 1961 to 1965.

After a trip to Moscow for a conference, and because he read a fair amount of left-wing political publications, Trudeau was also blacklisted by the U.S., preventing him from coming into the country.

He made French an official language

Most of you folks probably already know this, but Trudeau's choice to implement the Official Languages Act, which made English and French the official languages of the Canadian government is too momentous to ignore. The law came into effect on September 9, 1969, and continues to play a role in Canadian governance and society.

He got rid of the death penalty in Canada

With Bill C-84, Trudeau effectively abolished the death penalty in Canada. Passed on July 14th, 1974, Bill C-84 replaced the death sentence with a life sentence without parole for 25 years in the case of first-degree murder.

Prime Minister Justin Trudeau appeared on Quebec talk show La semaine des 4 Julie Thursday evening and opened up ever so slightly about his early relationship with his wife Sophie.

Host Julie Snyder pressed Trudeau about his dating life in his youth. Trudeau admitted he wasn't "quick" with girls, including Sophie. "We took our time to make sure [she] was the right one and I was the right one," he said of the relationship.

Trudeau is also calling for an apology.

A motion passed at the National Assembly Tuesday demands a formal apology from the Debate Broadcasting Group for what it calls "hostile" language targetting the Quebec nation at the English-language federal leaders' debate on September 9.

The motion, from Joël Arseneau, leader of the Parti Québécois in the National Assembly, passed with the support of the CAQ, Parti libéral du Québec (PLQ) and Québec Solidaire.