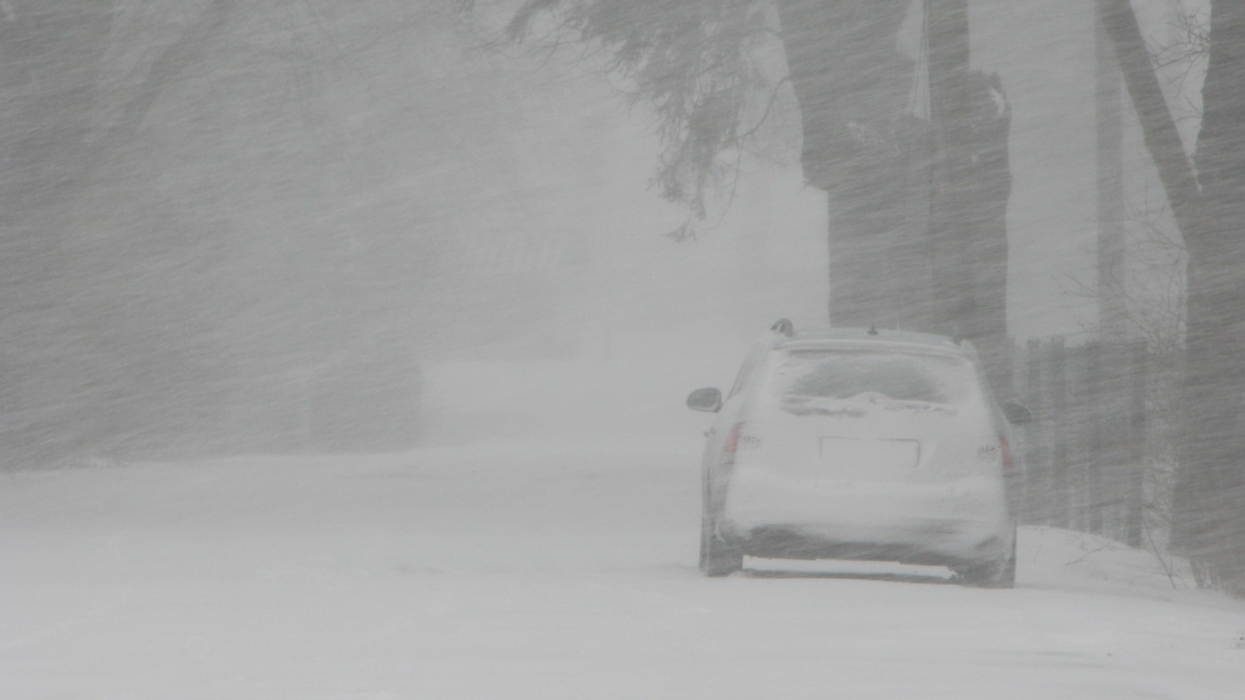 A warning for a major windstorm was released yesterday for eastern Canada. It was expected to become dangerous super quickly, as it was predicted that winds could be as strong as 110km/h in some areas.

TL;DR A tropical depression named Karen is making its way across eastern Canada today with winds as strong as 130km/h. The storm has caused airports to cancel flights as well as cause massive power outages, and even death. It's currently uncertain if it will be upgraded to hurricane status.

At 119km/h category one hurricane wind speeds are reached, according to the Saffir-Simpson scale. With the wind speeds only being 9km off, the potential for the storm to become even more dangerous was super likely.

And it did. Last night winds actually reached 130km/h. In fact, the insane hurricane-strength windstorm has just been categorized as a tropical depression named Karen by Environment Canada.

The raging storm knocked power out for thousands of people in Atlantic Canada. With the storm still going strong and temperatures quickly dropping it was announced that some Canadians would have to go days before their power would be back on.

As of now, Nova Scotia, P.E.I., Newfoundland, New Brunswick and Quebec are in the storms path. With the tropical depression only becoming stronger it's uncertain if or when it will officially classify as a hurricane.

Karen became deadly last night when a woman in New Brunswick was struck and killed after leaving her car to assist someone that had gotten stuck in a ditch. Road conditions are at it's worst right now due to the insanely strong winds accompanied by blowing snow. You may want to cancel any plans today and stay indoors.

Airports in Atlantic Canada are currently cancelling and delaying flights as it's expected the storm Karen is only going to intensify over the day. Only time will tell how poweful the tropical depression becomes.

Until then, stay tuned for more information on the storm Karen and it's status.