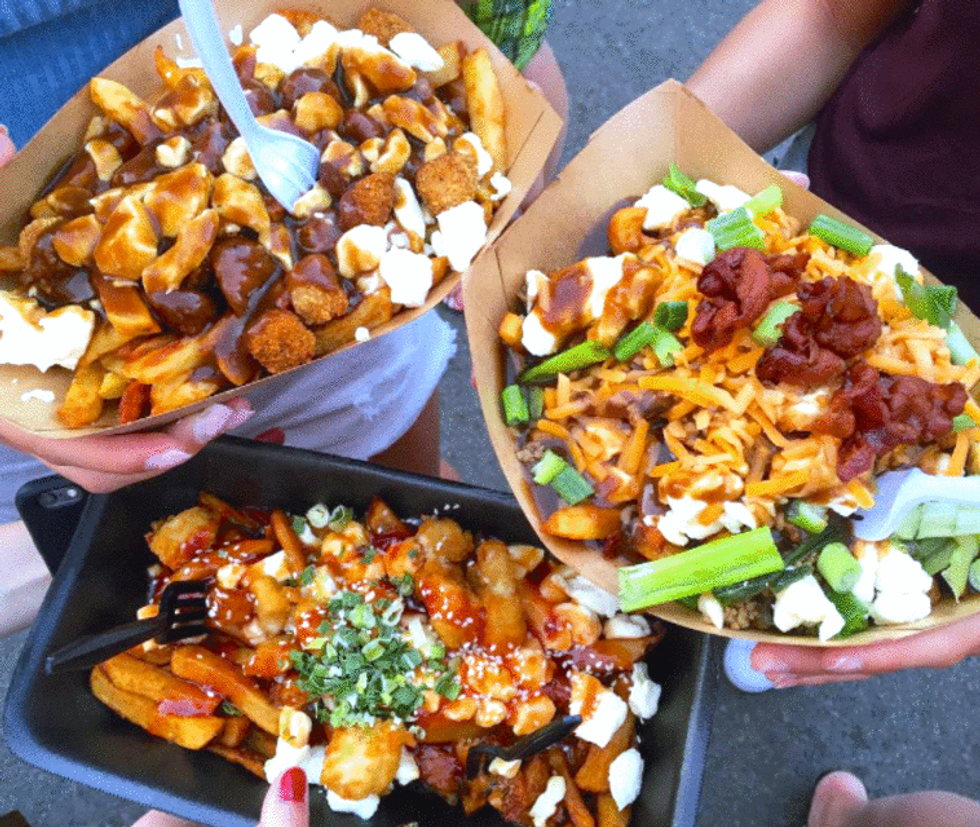 Canada is known for the stereotype of loving poutine, and this amazing stereotype was created right here in Quebec. Stereotypes are usually considered a bad thing, but with poutine it's definitely not. Here in Canada, and especially Quebec, we DO love our poutine!

READ ALSO: Montreal's First-Ever "All You Can Eat" Nachos Restaurant

That's why this summer festival is so amazing it's a festival just for POUTINE!

It's calledLe Grand Poutine Fest and it starts today, August 8th until Sunday, August 13th! The festival is taking place in the Old Port at 80 Rue de la Commune.

There's going to be tons of poutines present at this festival, here are the ones announced so far:

The Smoking BBQ makes some insane BBQ from ribs to pulled pork to steak and they put all of these on top of their poutine! If you love all things BBQ you definitely need to try this poutine this week.

If you're looking for a classic greasy poutine, this is it. They make their poutines exactly the way you like it, doused in gravy and cheese on top of crispy fries!

L'Gros Luxe makes some seriously good poutines and they're always unique and different. Expect some awesome ones like this portobello poutine, their pulled pork poutine or their classic poutine!

This awesome food truck makes some insane poutines like their deep fried cheese curd poutine! It's smothered in salty gravy and they definitely didn't forget about the cheese curds!

Charlie's Shack is coming to bring their amazing seafood poutines to the mix this week. They serve deep fried shrimp and lobster all on tops of crispy fries with tartar sauce! Definitely not one to miss this year.

This insane poutine pictured above is a mac n' cheese, double cheese burger poutine! If that doesn't sound unreal to you then you're crazy. You've got to come and try this awesomely unique poutine this week.

This food truck makes some HUGE poutines that you must try this week. Try their Thai Poutine with veggies, Teriyaki Chicken poutine, Bacon & Sausage poutine, or their classic poutine!

This spot makes some totally unique foods and their poutines are definitely no different. At Poutine Fest this week you'll be able to try their insanely delicious Jerk Chicken Poutine!

There will be 6 other unreal poutines that will be present at the festival that are a complete surprise, even to us! So, make your way down to the Old Port to try some insane poutines this week!