2 Women, 6 Montreal Landmarks = A Winter Photo Essay Unlike Any Before It 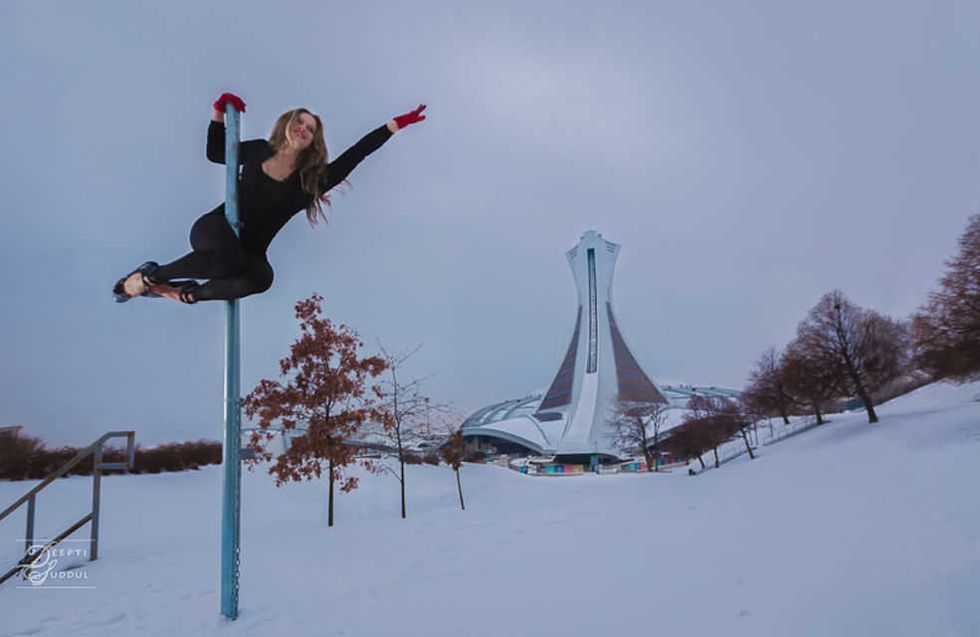 Pole dancing on city streets doesn't seem like the safest of ideas, especially in frigid winter conditions. Cold winds, and of course, ice, make anything pole-related way more difficult, especially given that working a pole isn't easy to begin with. Focusing on the physical exertion of pole dancing, rightly referred to  as pole fitness, and the beauty of Montreal in the winter, photographer Deepti Suddul has taken striking photos of Montreal landmarks accompanied by an acrobatic pole-aerialist, titled 'Montreal Winter Street Pole Series.'

Suddul and close friend Assi, a newcomer to the concept of pole fitness, took to the streets of Montreal to capture the city's landmarks like never before. Some of the city's most well known buildings are featured (Science Centre, Olympic stadium, among others) alongside Assi's intricate pole-poses. Montreal in all its winter glory is definitely at the forefront of these photos, but so is the physical aptitude needed to climb up and work cold city poles. This is definitely pole fitness, not pole dancing.

Check out the skillfully taken photos below.