5 GoPro Stunt Videos That Will Melt Your Brain

Amazing physical feats you wish you could do.
Alex Melki 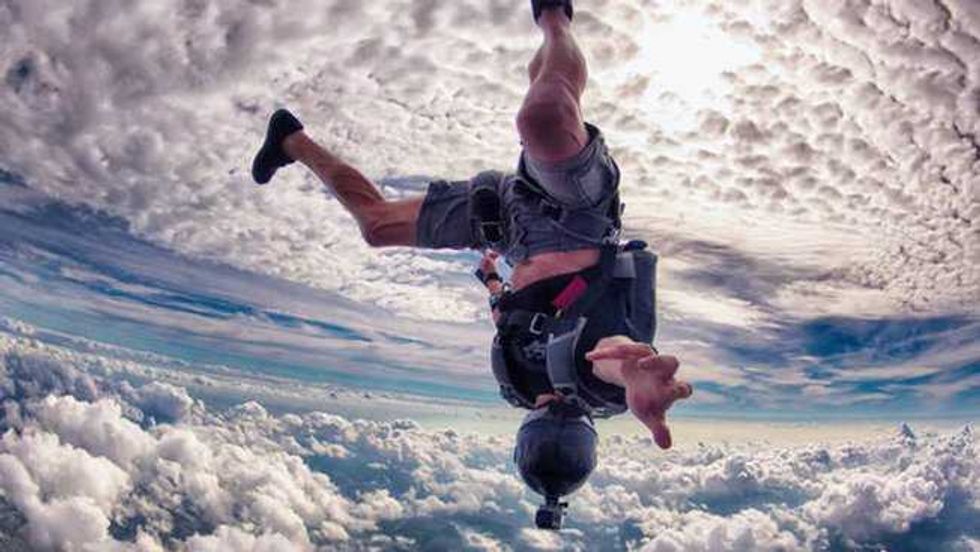 Ever wonder what it would be like  to ski off a cliff or soar through the sky? Well the GoPro POV(point of view) camera lets us average people see the kind of stuff we wouldn't dare to do without  actually soiling ourselves in the process! Ready for dat crazy shit?

Backflip Over A 72ft Canyon

If you've got a fear of heights, prepare to poop your pants ever so slightly. Mountain biker Kelly McGarry's got massive balls for even thinking about performing this stunt at the 2013 Red Bull Rampage. And he pulls it off like it's nothing. My train of thought was literally "oh shit. Of fuck. OH MY GOD."

Ski Off A Cliff

Okay I've never been much of a skier, but I always jogged that up to skiing being an expensive sport, and me preferring to spend my money on video games. Looks like I was right to stay away. That sound isn't water dripping, it's you peeing your pants after you watch professional skier and base jumper Matthias Giraud and his posse ski off of a fucking cliff.

What do you get when you combine a waterski, a GoPro, and breakdancing? A whole bunch of awesome! Michael Temby, a guy who works on the support crew for the Patriots Jet civilian aerobatics team, shows that you can be just as crazy on water as in the sky. If "So You Think You Can Dance" had shit like this, i would actually watch it. And lions, definitely lions.

So here we have a bad case of the awesomes. 138 people broke a world record for most vertical skydivers, well, skydiving at once. Instead of falling straight, they decide to fall headfirst, making for some seriously insane GoPro footage. As someone who's been skydiving, this shit gives even me a case of the "Noooo Thank Yous"!

Professional mountain biker Mike Montgomery is a badass, and this video shot in Whistler shows why. What this video also does is make me sad, because I know i'll never be able to do any of these things in my lifetime. FUCK YOU GENES DEVELOPED FOR PLAYING VIDEO GAMES AND BINGE WATCHING BREAKING BAD.

Have a video you think is awesome we didn't feature? Post it up in the comments below.