5 Reasons Why American Milk Is Potentially Dangerous For Canadians 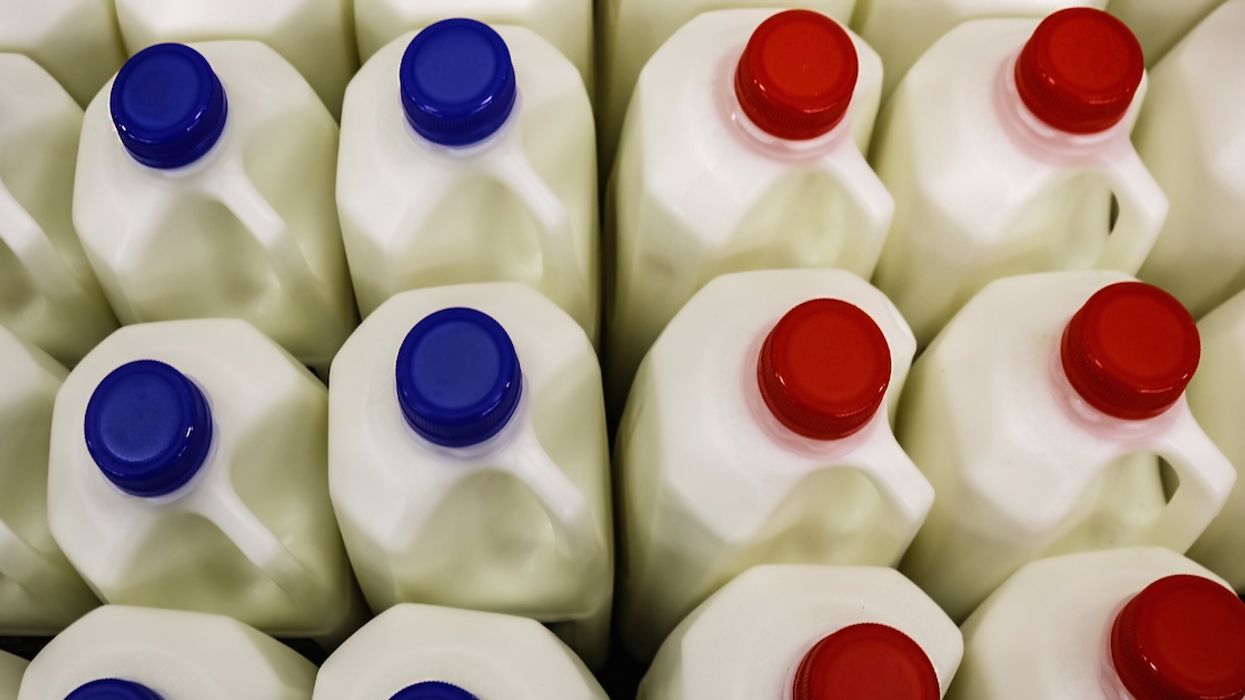 As the U.S. 2018 Midterm Election looms, the fate of the United States, Mexico, Canada Trade Agreement (USMCA) hangs in the balance.

The deal, which Trump hopes will replace the North American Free Trade Agreement (NAFTA), will have major consequences for the economic and diplomatic relations between the United States and Canada if it is ratified by the new U.S. Congress.

ALSO READ: Here's How Americans Can Legally Move To Canada After The 2018 U.S. Midterm Election

TL;DR American dairy producers are subject to lesser standards than their Canadian counterparts. That means that American milk is of a lesser quality, and even potentially unhealthy and dangerous, than Canadian milk. Listed below are four ways how, plus one additional economic effect of American milk in Canada.

When this item first became public, it produced both fury and uncertainty in Canada. Rumours have since swirled about the contents of American milk.

The truth is that the U.S. dairy industry is subject to different, lesser standards than its Canadian counterpart. For this reason, American milk does pose some potential dangers for the consumer.

Listed below are some of the differences that make milk from the U.S. of a lesser quality than Canadian milk. While consumers will not become ill after drinking Amrican milk, it may pose health risks.

It is important to note that more research needs to be done on the quality and health effects of American milk.

However, Canadians may not have time to wait for the results of such studies. Some American dairy brands are already for sale in Canada. More are on the way.

The best way for Canadians to ensure the quality of their milk is to just buy from domestic brands. This is the label that marks milk that is produced in Canada:

It contains hormones that are illegal in Canada

Milk produced in the United States is already banned in dozens of countries because it contains the hormone recombinant bovine somatotropin (rBST), which is illegal in Canada.

American farmers inject their cows with rBST to boost their milk production. So far, according to milk producers and the FDA, there is little evidence that the hormone is harmful to humans. However, the American Cancer Society states that "it is not clear that drinking milk produced using [rBST] significantly increases" growth hormone levels "in humans or adds to the risk of developing cancer." More research needs to be done.

rBST is nevertheless present in milk produced in the United States. According to the CBC, the regulations which forbid dairy farmers in Canada from using the hormone do not stipulate that imported American milk must also be clear of it.

It comes from sick cows

Because of both artificial growth hormones and the often inhumane demands of the dairy industry, cows in the United become more frequently ill than their kin in Canada.

This means that American milk contains more white blood cells than milk that comes from cows in Canada.

A Somatic Cell Count (SCC) is the measure of the number of white blood cells per milliliter. According to the UK Agriculture and Horticulture Development Board, a high SCC in milk will have "implications for its keeping abilities, its taste, and how well it can be made into other dairy products such as yoghurt or cheese."

It may contain antibiotics

Farmers in both the U.S. and Canada treat sick cows with antibiotics.

In Canada, there are strict regulations to ensure that those antibiotics do not contaminate the milk that reaches consumers. Cows on antibiotics are separated from the herd and their milk is discarded until the medication has cleared their blood stream.

Similar rules exist in the United States. But in recent years the FDA has found that dairy farmers often defy those regulations by giving their cows antibiotics that are not detectable in standards tests.

This could have dire consequences for the consumer, including increased resistance to antiobiotic treatments.

American dairy farms are much larger

That may sound innocuous, but farm size says a lot about the treatment of its animals.

According to Alberta Milk, a non-profit group that represents dairy farmers in the province, the average Canadian dairy "farm size is 85 cows, while the US is about 225."

The size of American dairy farms is evidence of the absolute disregard with which the industry treats its animals. According to The Humane Society of the United States, American cows are stored in "restrictive housing" with "poor nutrition."

Canada, of course, also has problems when it comes to the ethical treatment of farm animals. But the size of American farms betrays a concern for profit above all else.

That is bad for both the cow and the consumer. Cows in crowded farms are more likely to become ill and depressed.

Its expansion in Canada will hurt domestic producers

The trade deal that Trump hopes will replace NAFTA grants American dairy producers more access to the Canadian market. Dairy supply management in Canada, which favours the domestic industry and protects it from foreign competitors, was one of the most contentious issues in negotiations between the Trudeau government and Trump administration.

Dairy farmers were enraged that the federal Liberal government agreed to partially dismantle supply management. The expansion of American milk in the Canadian market will likely reduce prices slightly for consumers but will greatly disadvantage domestic producers.

It will be a while before the American dairy industry can make great advances in Canada. But, in the meantime, some U.S. companies are already taking steps to encroach on the Canadian market. Many Canadians, however, have vowed to boycott American milk. Perhaps they have good reason.