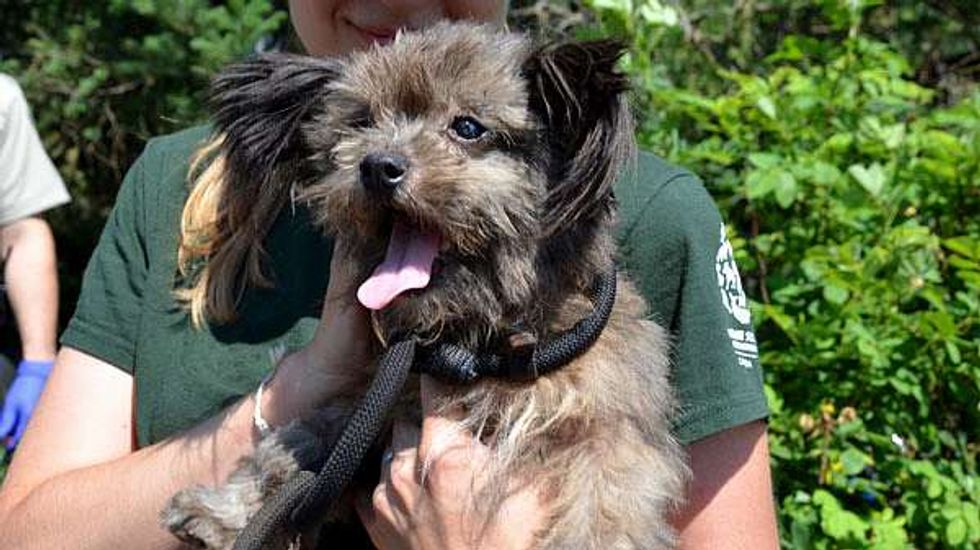 Okay, so I fully understand that the dream of wanting to surround yourself with endless puppies is a wonderful one to have, but actually trying to do it in real life is in no way going to end well. Unfortunately, a few Quebec residents tried to do just that.

A home in Mont-Laurier was the scene of a severe pet hoarding case, with 67 animals being seized yesterday. Of the 67 animals that were removed from the home, there were 49 dogs, 15 cats and 3 chickens. Nobody, and I mean nobody, needs that many pets. Some of them were in cages, while other were roaming free around the cramped and dirty house.

They were seized by the Quebec Department of Agriculture and the Humane Society International and taken to a facility just north of Montreal to be checked out and treated, if need be. According to the Humane Society, the owners of the residence were not breeders and were living in the house with the animals. They're facing charges of animal neglect, and social services will follow up with them for counselling - which is much needed because no person in their right mind would have this many animals.

After the animals are looked at for health issues and treated, they'll be put up for adoption, so if you've been looking for a new furry friend, you can soon give one of these pets the home they deserve.