7 Phenomena That Trouble You On A Daily Basis Explained

Eat your heart out Mulder and Scully.
Andrea Arrizza 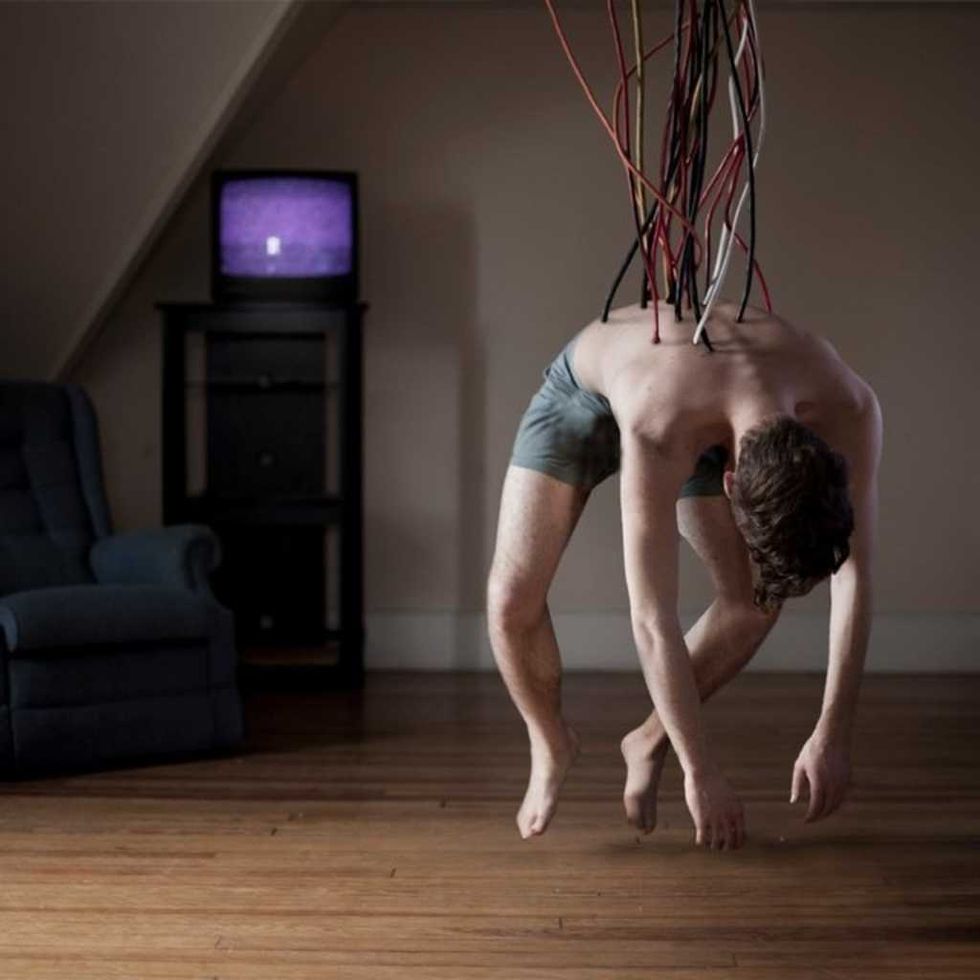 1. Randomly Getting the Best Ideas Without Trying

Ever been in the situation where you’re shampooing that head of hair of yours, when suddenly an ingenious idea for a project you’ve been working on conjures up in your mind? Or better yet, find yourself reaping the creative juices during the late hours of the night past 12 am (or what I would like to refer to as the “nighthawker” hours). Here’s why. Research shows how you’re likely to get your best ideas while performing a “monotonous” task. Since they don’t require much cognitive thinking, your mind goes on autopilot mode. This means it starts to wander off, which allows the prefrontal cortex ( the front of the brain ) responsible for “decisions goals and behaviour” to take a chill pill and relax. This relaxed state allows for a more creative mindset to settle in. So forget about sitting down and trying to force ideas out of that heads of yours, chances are you’ll get them when your mind is in a day dreamy and distracted state. So go ahead, listen to songza past 1am, look at those grumpy cat memes and take that half hour shower, you never know what insightful ideas may conjure up .

Don’t deny it. A good majority of us have experienced the triple digit phenomenon. You turn your head, and see either “2:22” “4:44” or even “11:11” flashing in your eyes on a reoccurring basis. So what’s the deal with the triple D’s? Depending on which approach you’d prefer to believe, there’s 2 possible theories as to why you’re experiencing this phenomenon:

If you’re more open minded about the “mystical” and supernatural realm, then here’s your first answer: you’ve come into contact with midwayers, aka spiritual guardians that are here to help us with our everyday lives by sending us messages through triple digit signals. They do this to show us “that we‘re on the right track” or prompting us to do something different. Each triple digit series we come into contact with has a distinct message that applies to our current state. You can check out the meaning behind each series here

The other possible reason you’re seeing those triple digits? Confirmation Bias. A more scientific and logical reasoning behind our encounter with triple digits is that your mind is preoccupied with seeing those distinct numbers so it starts to focus on seeing them constantly, and as a result, you’re more likely to remember them. It’s up to you which theory you want to believe in, but in the end the truth is out there. (cue X files theme song)

Ever experience hearing a specific sound that gives you tingles that run down your scalp and throughout your entire body? Coined “ASMR” (autonomous sensory meridian response) or better yet known as a “braingasm”, ASMR is a sensory experience that’s sparked by a multitude of sensory triggers. Hearing a soothing voice, the sounds of pages being turned in a magazine, hair brushing, ear whispers, and fingernail tapping are all triggers that can elicit ASMR. These triggers elicit a pleasurable sensation that can be said to make you feel like you’re having a full body orgasm (at the most/best). From role playing as your personal hairdresser to the sound of someone writing on a chalkboard, and (for some) even hearing the soothing voice of Bob Ross will alleviate any anxiety or stress you may be having and be the perfect remedy for a troubled sleeper. Trust me, once you find your trigger, ASMR will put your fretful mind to bed (literally).

4. Getting a song stuck in your head.

Turns out, you’re not alone if you’ve had the Lion King’s “The Lion Sleeps Tonight’ playing in your head on auto repeat. A psychological study conducted at the University of Cincinnati reveals how “nearly 98 percent of people” have had songs stuck in their head. Whether it be tunes from your childhood or the most overplayed songs on the radio these days, this phenomenon has more to do with “earworms,” metaphorical "brain itches" that "make your brain fill in the gaps in a song’s rhythm. Certain rhythmic songs that are simple and repetitive are the biggest culprits for becoming earworms. With the holiday season in full swing, don’t be surprised if you get the Christmas jingle of “Jingle Bells” or any other one playing on autorepeat in the malls stuck in your head.

For your sanity, try this tip : turn on your mp3 and listen to another song (one that isn’t so damn catchy) to get your brain tuned in to another song and dislodge the earworm out of your head. That way it’ll be out of sight and out of mind.

The dreaded hiccups. It spurs out of nowhere and sporadically shows up again when you least expect it to. It makes you sound like a drunk who had too much whiskey to drink. Unfortunately, there’s still speculation on the root cause of the hiccups but studies have revealed the triggers which put you at a higher risk of developing them. For starters, hiccups are triggered by “uncontrolled impulses of the phrenic nerves” which lead to these random spasms. Eating or drinking too quickly, quick changes in temperature, and uncontrollable physical responses (coughs, sneezes, etc.) can all put you at a higher risk for developing hiccups. Your best bet to rid yourself from this phenomenon? Gargling with cold water or using the age old remedy of holding your breath for a few seconds then breathing out “three or four times every 20 minutes” will bring you back to your normal, less spasm-y self in no time.

No, Freddy isn’t haunting your dreams and murdering you in your sleep. Reoccurring dreams happen because our waking mind hasn’t resolved something that’s been eating us up inside. Whether it be a constant worry, or one that hasn’t even occurred yet (hello job search), these worries often manifest themselves into our dreams and may even spruce up into some seriously strange symbols. They serve as portrayals of your emotions and state of mind about a subject that bears meaning to you. On a positive note, reoccurring dreams can also signify an anticipated event you’re looking forward to, such as being excited for the holidays or getting that Christmas bonus.

Have you ever experienced a falling sensation and a strong muscle twitch after waking up? If so, then you’re not alone. Better known as “hypnic jerk” this falling sensation is a natural part of the sleeping process. Although there’s no definitive answer as to why this happens, most experts agree that it has to do with your brain misinterpreting your relaxed state to falling down. When you start falling asleep your muscles “become very relaxed and enter a state of temporary paralysis”. During this mental shift, your brain misreads your sudden state of relaxation and (for some reason) thinks you're falling. End Result? Instincts start to kick in and your brain sends signals to your muscles to jerk you upright.

Got an unexplained phenomenon we didn't cover? Think we're way off on some of these? Tell us so in the comments below.