Prepare yourselves for pork. 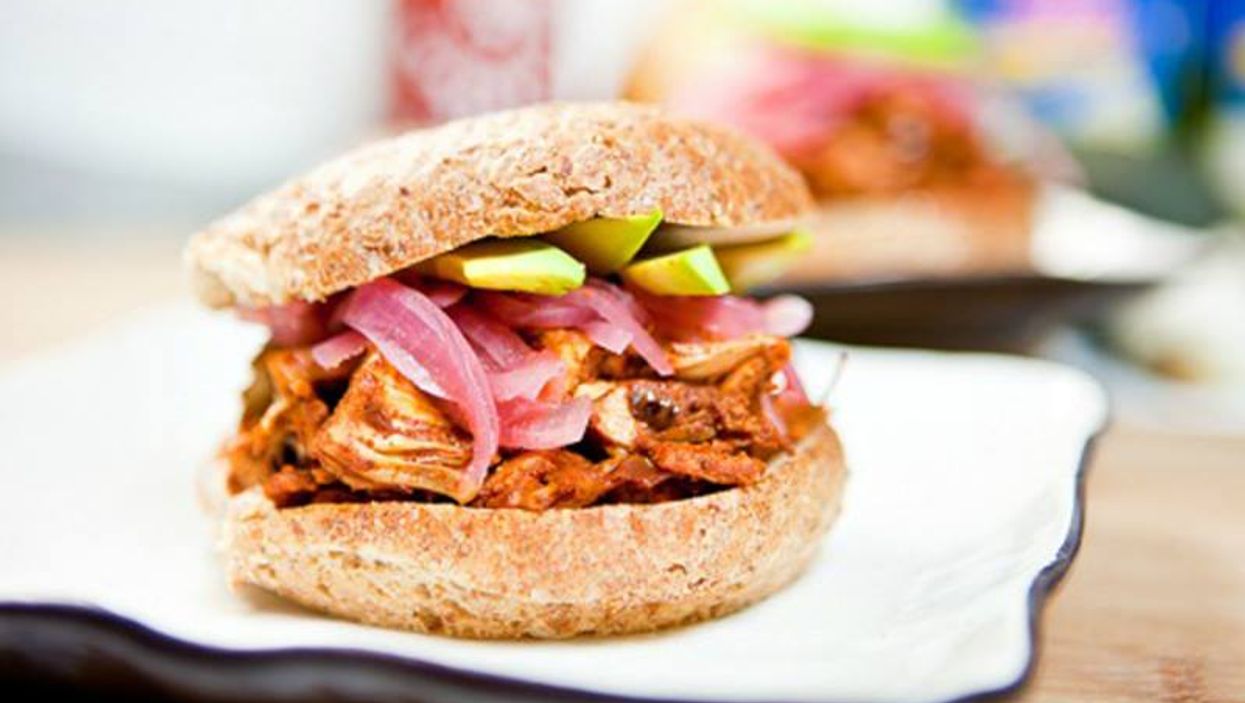 Pulled pork is one of the best comfort foods around. It's messy, it's delicious, and it's guaranteed to make you fall into the happiest food coma of your life. The pork is cooked slowly at a low temperature so that the meat becomes super tender and can be pulled off into smaller pieces. It's then mixed with a delicious sauce and served to you on a bun, and, really, what could be better than that?

Le Pick Up has an unbelievable pulled pork sandwich that comes loaded with pickles, chipotle mayo, pickled banana peppers and coleslaw on the side. Their sauce is the perfect combo of tangy and spicy, which is exactly what you’re looking for in that perfect pulled pork sandwich. You don’t even have to be wary about inviting your vegetarian friends because Le Pick Up makes a faux meat version of this sandwich that’s just as delicious as the real thing.

Mange Moi’s "Le Cochon" was their Burger Week entrant and it’s an absolute monster of a sandwich. It comes stacked with an Alberta ground 6oz sirloin, pulled pork, french fries, cheese curds and poutine sauce. Try at your own risk.

This Latin American restaurant has an amazing passion fruit pulled pork arepa that has just the right amount of sweetness to it. Get it with the Yuca fries and your life will be changed forever.

Triple Crown’s southern style pulled pork sandwich is served on a homemade bun with cheese and creamy coleslaw. In the warmer months you can get your food to go in a picnic basket and head on over to the park to eat it, but until then, dining in will have to do.

This Montreal food truck is known for their pulled pork. They stuff the bun with so much meat that you’re given a fork to attack it with. The truck is only operational in the summer, but they also have a catering service so you can have their sandwiches served at your next dinner party or, if you really like pulled pork, at your wedding.

Ta Chido is a Mexican snack bar located in the Plateau. Their Pierna Torta pulled pork sandwich comes with mayo, cheese, black bean spread, avocado, tomatoes and caramelized onions, and is served on homemade bread. But for those who can't handle their wheat, they have gluten-free bread available.

Café Pavé cooks their pork for 18 hours so that it’s extra tender. They have four different kinds of pulled pork sandwiches, all of which are delicious, but The Monterey takes the cake. It comes with roasted peppers, spinach, garlic, baked red onion, and artichoke heart aioli. Café Pavé also has Gluten free bread available.

If you’re looking for a truly southern, Memphis-style BBQ pulled pork then Black Strap in Verdun is the place to go. Their sandwich comes with coleslaw and pickles, and their sweet sauce is out of this world.

Are you hungry for more? Click here for the Best Montreal Curry Restaurants >