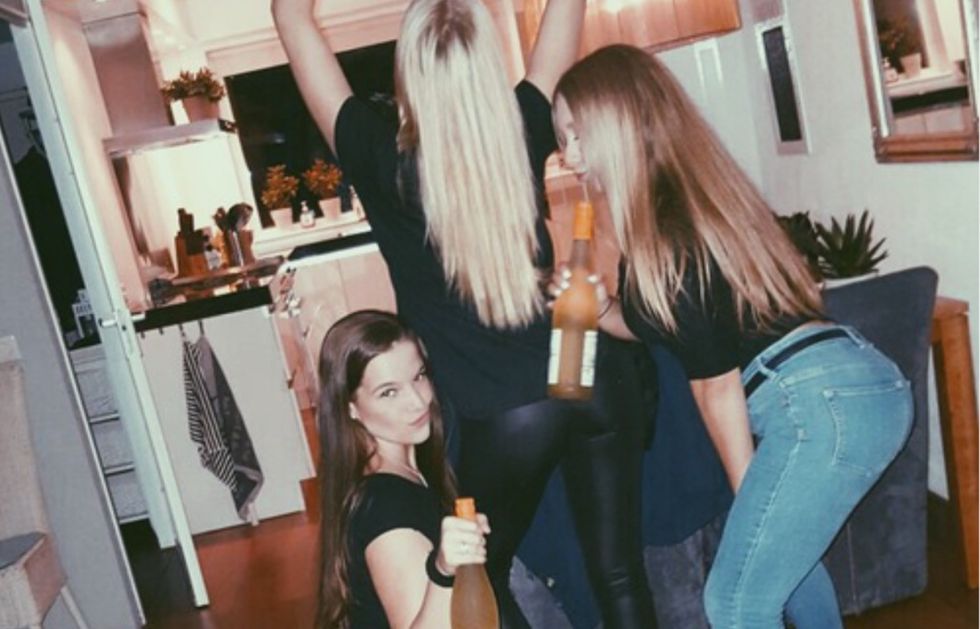 Everyone knows the struggle of getting all cozy in your sweats and sitting down for what you expect is going to be a night of you, Netflix, and a nice glass of wine, to all of a sudden be bombarded by 20 texts from your friends begging you to come out with them. Maybe they really want to meet a new guy, or maybe they just have a really fun night planned that they want you to be there for. Whatever it is, after a little back and forth, you reluctantly agree.

While at first you might be a little wary of whether or not you'll have even an ounce of fun, those nights that you didn't really want to go out can wind up being some of the best nights that you've ever had. Here's why.

1. You have no expectations

Since it wasn't your idea and you haven't had too much time to think about it, your expectations are literally non-existant. Everything that does happen is just an added bonus.

2. You don't have to do the planning

Probably the worst part of trying to organize a night out with your friends is finding somewhere that you can all agree on. One wants to go to Muzique, but another doesn't want something so clubby. But since you weren't even planning on coming in the first place, all of that is out of your hands. Hallelujah!

3. You can borrow your friends' clothes

"I have nothing to wear" is usually one of the go-to excuses for why we don't want to go out, so when your friends do get you to agree to come out, they'll probably be feeling so good about it that they'll let you raid their closets. And wearing other people's clothes is always so much better than your own.

4. You can get free drinks

In the same vain, if you did it right in the bargaining process for whether you'll come out or not, your friends will usually offer to buy you a drink or two. Or maybe they'll just be so happy that you came that they'll feed you shots the entire night, which is great because drinks in Montreal can be EXPENSIVE.

5. Everything is a surprise

All of the things that your friends had in mind will be a complete surprise to you, making the night way more spontaneous and fun. Didn't realize they were planning on making a Frite Alors pit stop to fuel up in between bar hopping? Well now you do, and it's awesome.

6. You can dance your heart out

Chances are if you didn't want to go out in the first place, you really don't give two shits what everyone else out there is thinking. If you end up somewhere like New City Gas, you can let loose and dance as crazy as you'd like.

7. You don't have to have your late-night eats alone

Let's be real, if you were staying home alone, you were probably going to make yourself some sort of probably kinda gross, and definitely bad for you, late-night snack. Well now it's called drunk food and you can eat it with friends. Two-chow for days, amiright?

8. It gives you an excuse to sleep in tomorrow

I mean, not going out isn't going to stop those of us who are devoted sleepers from snoozing until noon, but having a late night will give you an actual excuse and you can feel like you really earned that sleep.