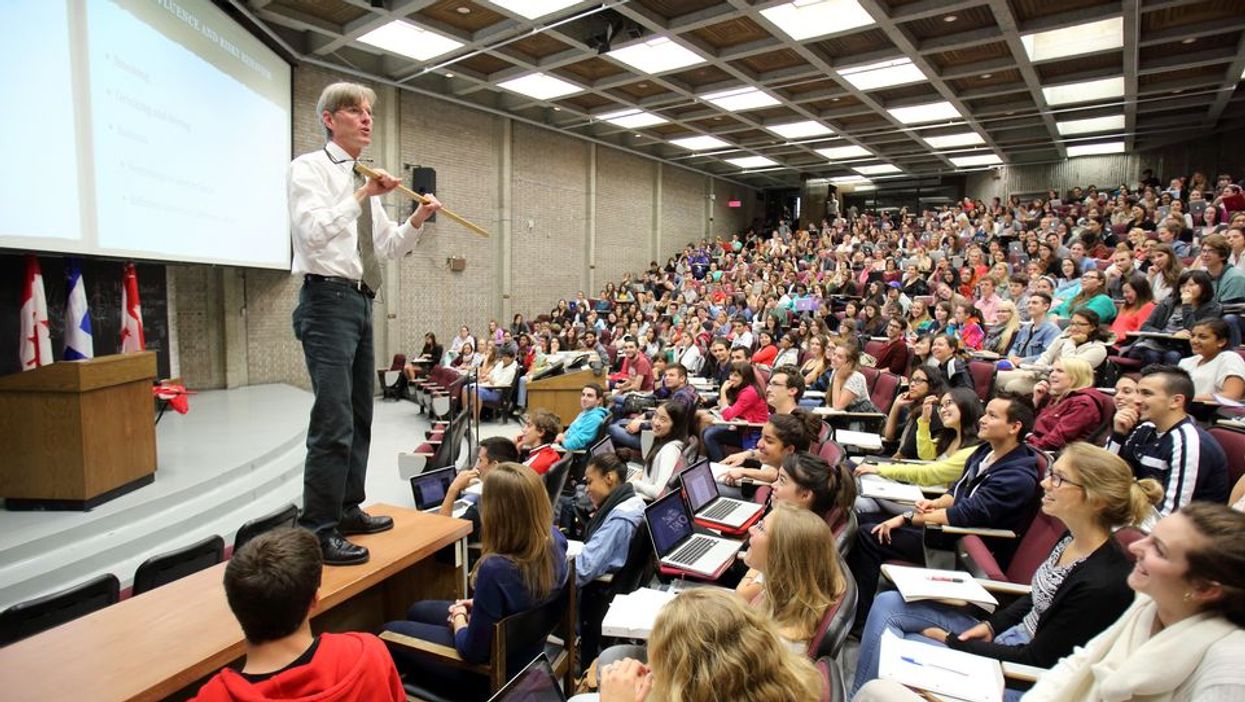 Once you head to university you’re going to find yourself interacting with entirely new groups of people that you wouldn’t have otherwise had the chance to meet.

While for the most part it’s usually a pleasant experience, there are those select groups of people that you just can’t help but hate. Everyone knows at least one of these people. And if you don’t know one, let's be honest, you probably are one.

Management seems to attract a very specific kind of person, generally known as the “bro”. Now, we're not saying that they’re all like this, but if we have to hear about how many brewskies you and your boys drank before getting absolutely dickered last weekend one more time, we're gonna lose it.

Come final exams time, finding a seat in the library after 9am is like finding a golden ticket. This is mostly thanks to those lovely people that use their old eraser shavings to save an entire row of cubicles for their friends that are “on their way”.

If Upper Rez is known for one thing, it’s having the biddiest of all biddies. They run on vodka crans and will sing Nikki Minaj until they literally cannot speak anymore.

If you’ve ever had the pleasure of taking a philosophy course at McGill, chances are there were at least one or two of these in your class. Apparently no one’s told them that a few undergraduate classes doesn’t make you an existentialism expert.

There’s nothing worse than when they’re passing around the sign-in sheet during the final exams of your first-year classes and you see it riddled with upper year students. You can just about feel yourself sliding down the wrong side of that curve.

Look, we get it, your degree qualifies you for a job. Now that we’ve all acknowledged that, let’s move on and never, ever, ever mention it again.

No matter how big it is, there’s always that one person in your lecture that has no problem stopping the class multiple times to ask unnecessary questions. Sometimes the “if you have a question, someone else is wondering the same thing” rule should be used with caution.

You know the type. Spends hours at the gym with their other bros lifting in front of the mirrors. Bonus points go to the ones that have the shamelessness to snap a mirror selfie.

9. The First Year Know It All

First years need to fall in line with Jon Snow and realize you know nothing. No, Tokyo isn’t the coolest club, and no, you don’t actually have to go to class if it’s recorded. Give it a while until you’re a jaded upper year, then you can start doling out advice.