A Couple In Quebec City Were Hoarding More Than 30 Cats 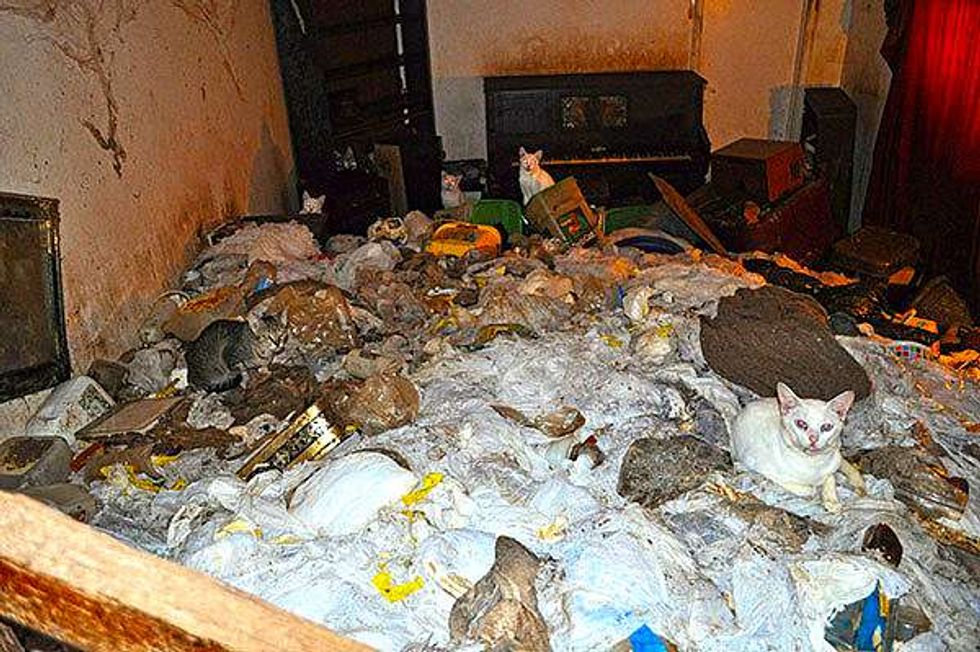 We all know someone that's guilty of loving cats a little too much, but this is on a whole other level. A man and women in Quebec City had to be forcibly removed from their home after more than 30 cats were found to be in their residence.

According to the firefighters, who had to wear special equipment just to enter the house, there were visible excrement and urine stains and an overwhelming amount of ammonium. So much so that the animal-welfare officials haven't been able to enter the house to rescue the cats until the house has been ventilated further.

The couple, who are in their 50's, were taken to the hospital for health testing after a spokesman for the Quebec City Fire Services described the house as a scene of "extreme insalubrity" - which is not too surprising considering there were THIRTY CATS in there.

While, yes I do hope the couple are okay health-wise, I also hope that they're charged for any animal neglect or cruelty that may have occurred. And here's hoping that all of the cats are removed safely and find new homes!