A Guide For Anyone Who Knows Nothing About The Montreal Canadiens 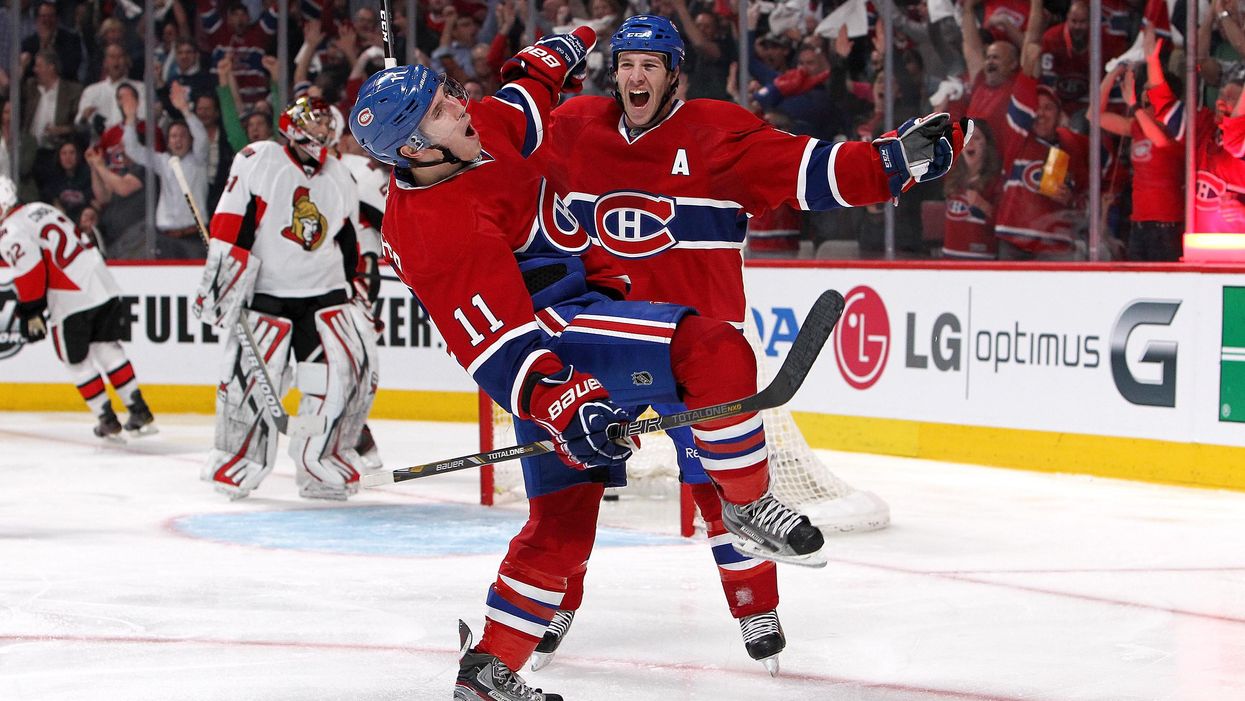 Unfortunately, I have failed you Montreal. I have denied my Northern roots. I am a walking cliché. I am a complete and utter disappointment. I am a woman who knows nothing about hockey.

Now before I go on, I would like to say that I know plenty of women who school dudes on this subject. And I am not surprised, I mean, have you seen the Canadian woman’s hockey team? They’re incredible. But this doesn’t make me feel better about my ineptitude on the sport; in fact it makes me feel worse. I am giving into the stigma that girls know nothing about sports. I’m tired of being the butt of the joke. I don’t want to sit in silence as my friends discuss last night’s game. I want to be in on the trades and the fights and the passion. And I know I’m not the only one who feels this way.

So I decided to do something about it. I mean I live in Montreal, the most fanatic hockey city on Earth. Honestly, it was a little frightening at first; there is a hell of a lot to learn. But after much discussion with dedicated Habs fans, listening to them, watching and contemplating, I think I have it. I was actually surprised at how much I got into the Canadiens hype after a while. So, I’ve compiled an easy guide to start you off. Just the basics and what is going on this season, so you don’t have to sit down, watch and feel completely lost like I did. And I promise, after reading this, you’ll be ready for game day on Saturday.

From what I’ve gathered, the Habs are experiencing their golden days. They sit second place in the eastern conference and on their way to home ice advantage in the Stanley Cup playoffs. They've proven this season to be one of the league's elite teams!

They’ve been playing the game to win. Their style isn’t fancy; it’s confident and competitive. I’ve observed the Habs feed off their fans when they play. Montrealers are intensely loyal to their team and the excited encouragement that’s been apparent in the stands as of recently, has made the Canadiens play, well … better. Go us!

The coach is Michel Therrien (MT), who is the smiley man pictured above. There is a lot of controversy between him and Habs fans. They say he plays favorites, and is prone to not giving deserving players a fair chance.

However, I’ve got to say, at the end of the day, MT has got the team in first. I mean how mad can you be, right?

The Habs have got a brotherly vibe. There is no captain this season, which may be a reason that everyone has stepped their game up to a new level. They’ve also got a good mix of older and younger players; the veteran experience mixed with the feistiness of the new team members, compliment each other swimmingly.

Embarrassingly enough this was the only Hab member I knew of before I started my research. In the 2014-2015 regular season, Price has set a franchise record for 10 straight wins on the road and achieved the most wins in a single season at 43, beating legends like Jacques Plante and Ken Dryden. He’s been a changed man since the Sochi Olympics last year, turning from a player into a champion.

This year, Pacioretty has been proving to the fans he is an elite player. He scored 39 goals last season and already has 37 to his name this year! There is speculation he might be up for team captain.

Drafted third overall by the Canadiens in the 2012 NHL Entry Draft, at only 21 years old Alex Galchenyuk is well on his way to becoming a dominant forward in the league. He's got exceptionally skilled hands and is a natural fit with the Canadiens' style of play. He is definitely one to watch.

Beaulieu is a rookie. He’s only 22 years old but he’s really been spreading his wings this past year playing with a new found confidence. He has shown that he deserves to move up from the minors.

Like Beaulieu, Gallagher is also a "young gun", however he is integral to the team. He spends most of his time hanging around the net and getting his ass beat by players twice his size. However he does it with a smile on his face and still gets a crap ton of goals. We salute you sir.

Jacob De La Rose (or JDLR) Scored his first two career NHL goals as a Hab! At 19 years old, he has shown that he is ready to play with the pro's. JDLR joins the Habs youth movement and should be an exciting player to watch for years to come.

Also known as “The General”. Markov has spent his entire career with the Habs and has honestly proven that anyone who plays with him can turn into an all star. Fun Fact, Markov leads all players in the league (35 years or older) for amount of ice time played.

Prust is the glue that holds the team together. He is the one who perpetuates the Habs brotherly nature, which is what makes them unstoppable. He’s never afraid to throw off his gloves to stand up for his teammates. Prust is the definition of a character player!

Only joined the Habs this season, but is a league veteran and has a knack for taking newbies under his wing and building up their confidence.

Finally, the facts and the stats are what’s going to get you through. At least that is what did it for me. These little tid-bits of information, are the things that help you keep up the hockey convo. They’re just good landing points to sort out the crazy franchise that is the Montreal Canadiens. Take note peeps!

1. The Montreal Canadiens are one of the original 6 NHL clubs. They are the oldest consistent NHL team with the most Stanley Cups. They are the only hockey club to actually predate the NHL.

3. Pacioretty is currently first in the league for best Plus – Minus and Price is in the lead for best save percentage, goals against average and most wins.

4. The Canadiens have a well-known rivalry with the Toronto Maple Leafs, however true Habs fans know that the real tension is with the Boston Bruins.

5. As mentioned before, Habs fans are incredibly loyal and …. spirited? If you’re an up and coming fan be ready for lots o’ drinking and screaming.

6. And lastly, if you’re going to take anything from this article at all, this is it. If I, the most stereotypically clueless person in the world of hockey, can learn a thing or two for myself, so can you. Don’t sweat it. If you’re going to watch any team, the Habs are the best. So sit back and watch the game. You may be surprised how much you like it.

If you're looking for hospitality work, this could be for you!

You've probably been to Montreal's Bell Centre for a Habs game or concert, but have you ever considered working there? The exclusive caterer for the Bell Centre is hiring in Montreal — and it's holding a massive job fair to recruit around 100 full- and part-time workers.