See all the closures here. 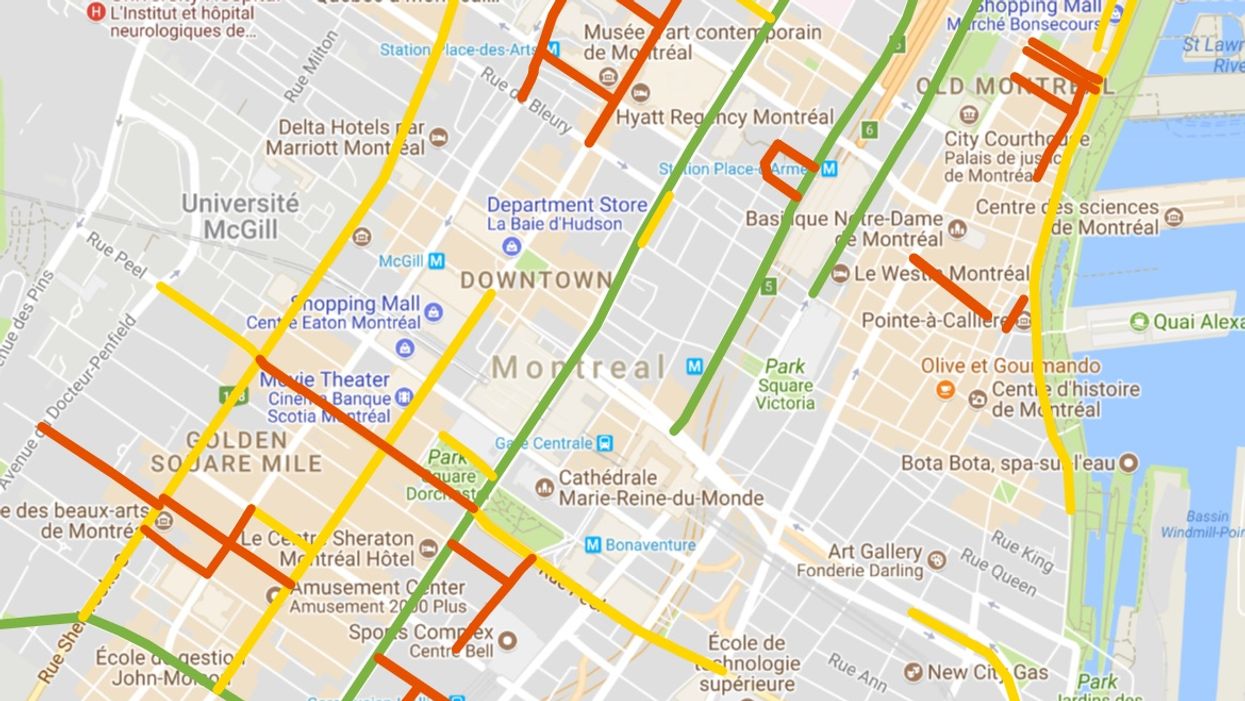 Whew - well, if you thought that the roads were a mess before, this weekend takes it up another level!

The construction season of Montreal has set in, and with it comes all the roadblocks and closures all over town, mostly on the Turcott exchange - as it had been closed for multiple weekends sending drivers into a frenzy and screwing up everyone's route.

This weekend, it's going to be even worse!

READ ALSO: You Can Race Remote Controlled Sailboats In The Old Port This Summer

Thanks to F1 Grand Prix weekend, and MURAL Festival (which will run for 10 days), the Montreal streets are insane this weekend! Not only will there be closures on the Turcott exchange and highways, but much of the downtown core will also be closed off to traffic entirely.

Here are some downtown roads to avoid if you're driving this weekend:

Furthermore, Montreal is also going to be crazy busy around Place Des Arts for Francos De Montreal, and for Mondial de la bière at Palais des congrès, as well.

If you're heading to either of those two downtown core spots, I would just take the metro! Traffic will be insane, and parking will be even crazier.

The pilot project by the city of Montreal that sees road closures on Mount Royal is also live. Camillien-Houde Way and Remembrance Rd. are closed to through traffic until Oct. 31.

There is an interactive map from the city of Montreal showing all the road closures throughout downtown, with live updates. Check it out here.