Though, Legault stressed, this would just be the most probable scenario. 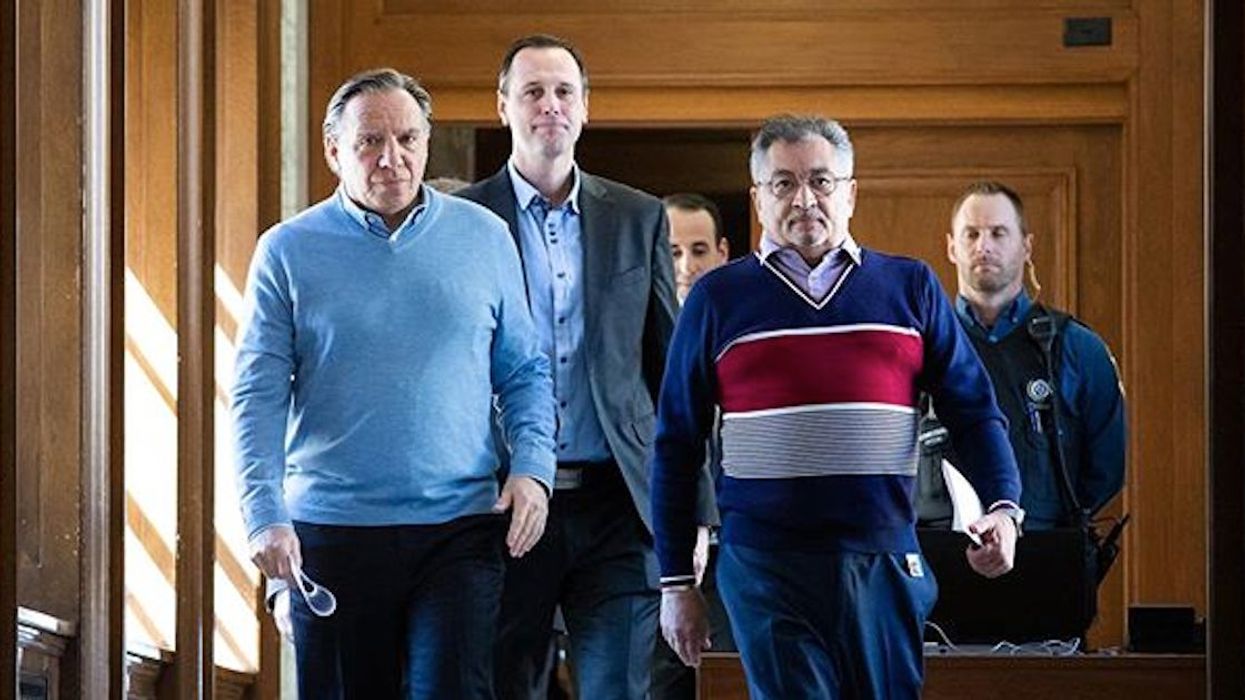 Before sharing the statistics at his daily COVID-19 press briefing on Wednesday, François Legault announced that the government will soon let the public know when to most likely expect the peak of the outbreak. The Premier acknowledged that many in the press and on social media have demanded to know the Quebec government's projections for the ongoing pandemic.

Though difficult to predict, a timeline will be out in the next few days, he said.

"I understand that we all want to know when the famous summit or peak will be — in two weeks, in a month — honestly, it's difficult to answer that question right now," said the Premier.

He stressed that he "[does] not think there is anyone in the world who is able to say with precision when this summit will arrive."

He nevertheless instructed public health officials to compile the information.

Officials are already hinting at outbreak projections elsewhere in Canada.

On Wednesday, the City of Toronto announced that residents should prepare for three months of lockdown.

Toronto's public health authorities made the call after a huge spike in confirmed COVID-19 cases. Toronto will implement social distancing measures similar to those in Quebec.

Health officials and foundations in the United States have released probable scenarios, too.

"We are starting to have a lot of data," added Legault. These figures will help health officials estimate when the summit could potentially arrive.

"As Dr. Arruda often says, what we are looking forward to is having passed the summit and then, to start to see the number of new cases reduce and then the number of hospitalizations, deaths, etc."

On Wednesday, the number of confirmed cases in Quebec reached 4,611.

Though the number of cases continues to rise, Quebec is lucky to have one among the lowest death rates in the world, according to Legault.

The number of people in intensive care has also not increased.

"That doesn't mean that there aren't people who went out and then some who came in. But, on the net, we're at 82, so that's really good news."

Montreal, the epicentre of the outbreak in Quebec, has a total of 2,097 cases as of April 1.