A Torontonian's Map Of Canada

Centre of the 'universe'.
Miranda Cipolla 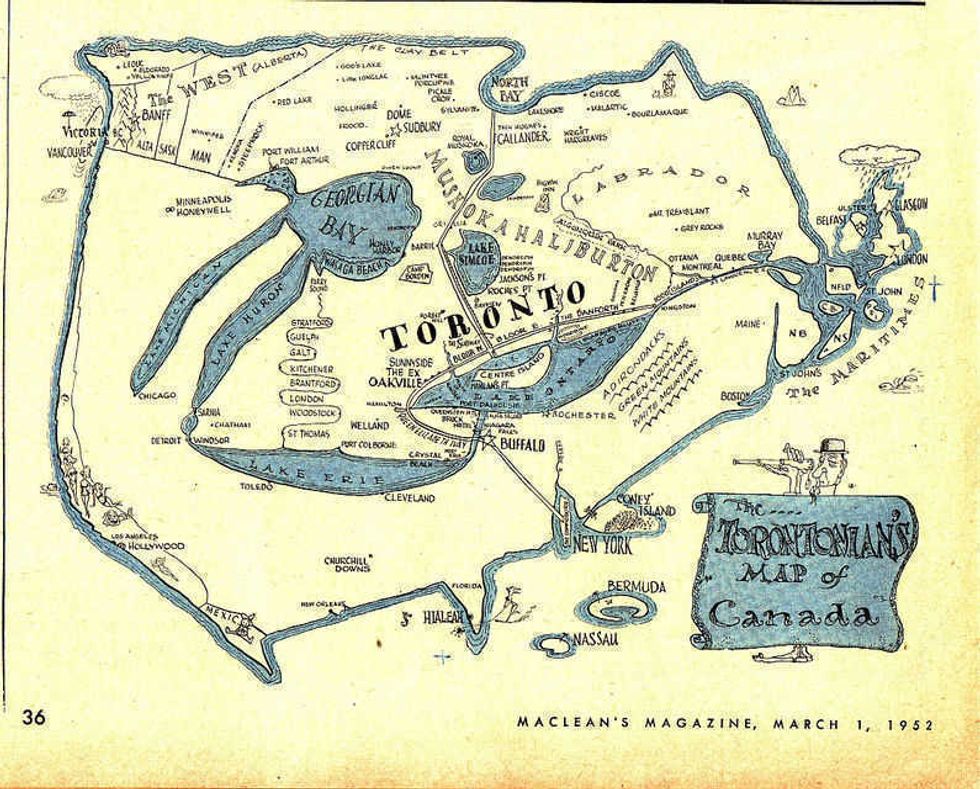 stumble upon something so hilariously tongue-in-cheek, that you don't even need to set it up. It's just pure, unfiltered hilarity.

This map we stumbled upon from a Reddit forum is exactly that, friends. Apparently submitted to MacLean's Magazine in 1952, it gives us a glimpse into how a Torontonian views the rest of the country.

If you squint really, really hard, you can even see Ottawa, Quebec, and Montreal somewhere on that map.

No judgements, though. Honestly if someone were to ask me to draw a map of the country, it would probably look pretty much the same.