There's too many to choose from! 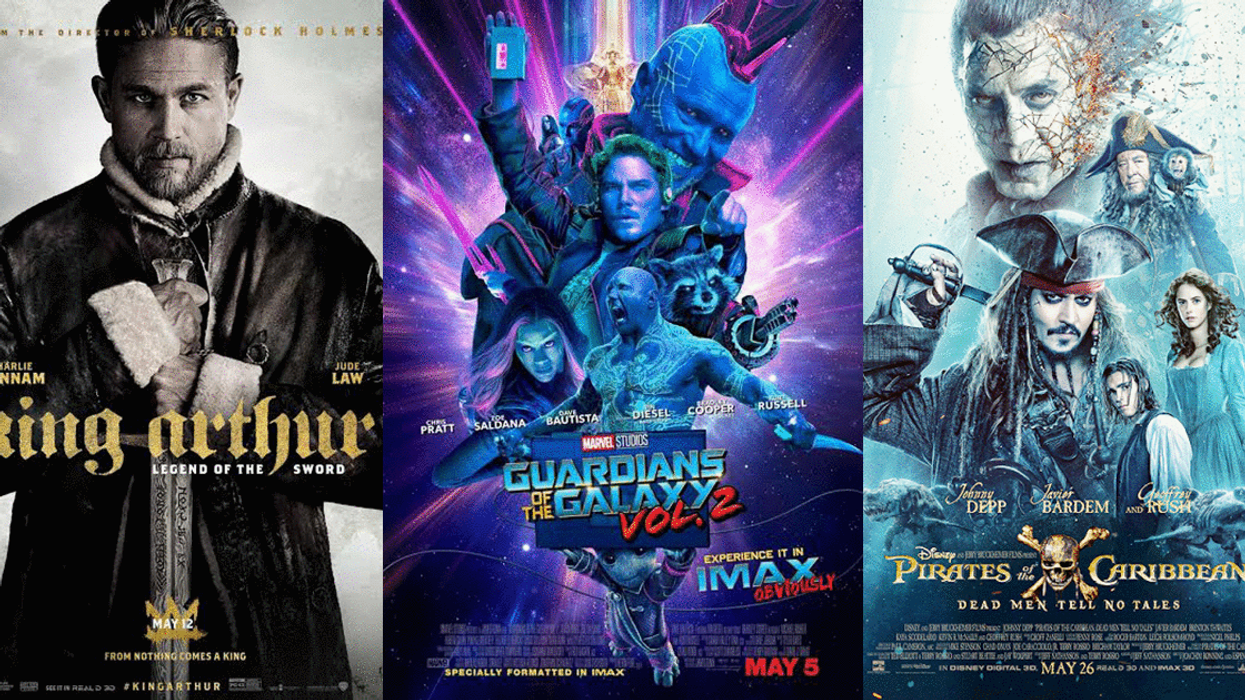 Get ready all you movie fans out there, because May is a going to be a big month for new releases.

Normally there are few big blockbusters expected each month, but this month there are a lot more than usual.

READ ALSO: All The Hollywood Celebrities You Can Spot In Montreal This Summer 2017

So start planning your movie nights now. other wise you won't be able to decide on what to watch.

Here are all the new movies releasing in Canada in May 2017.

Guardians of the Galaxy 2

King Arthur: Legend of the Sword

Pirates of the Caribbean: Dead Men Tell No Tales

"The first rule of fight club is..."
delstudio | Dreamstime

2020 has been full of unexpected events, to say the least. And Montreal's most recent is, hands down, the McGill fight club activity that allegedly took place on Monday, November 9, which is said to have been organized by first-year students living in the university's residences.

A clear violation of public health rules, Twitter users have been non-stop discussing the "McGill fight club" event since the night it happened.

Free Movies At Over 20 Cineplex Theatres Across Canada Next Week

Last week Cineplex announced the date for their 2017 Community Day.

Every year, Cineplex theaters invite you to join them for some FREE movie screenings at select theater locations, and now all the details of this year's events have been released.

Netflix may have a lot of great TV shows and Originals series available, but let's face it, When it comes to Netflix, Hollywood Movies still reign supreme.

And luck for you there have some pretty amazing new and old school movie releases on Netflix this month.

You never know who you might run into.
imgur

Summer may be over but that doesn't mean the Hollywood movie shoots have wrapped up. In fact there are more on the way.

Yes, it seems every year Montreal's reputation as a filming location keeps getting better and better, which is why there are 5 new films shooting in Quebec this Fall, including 4 in Montreal.