With almost no opposition. 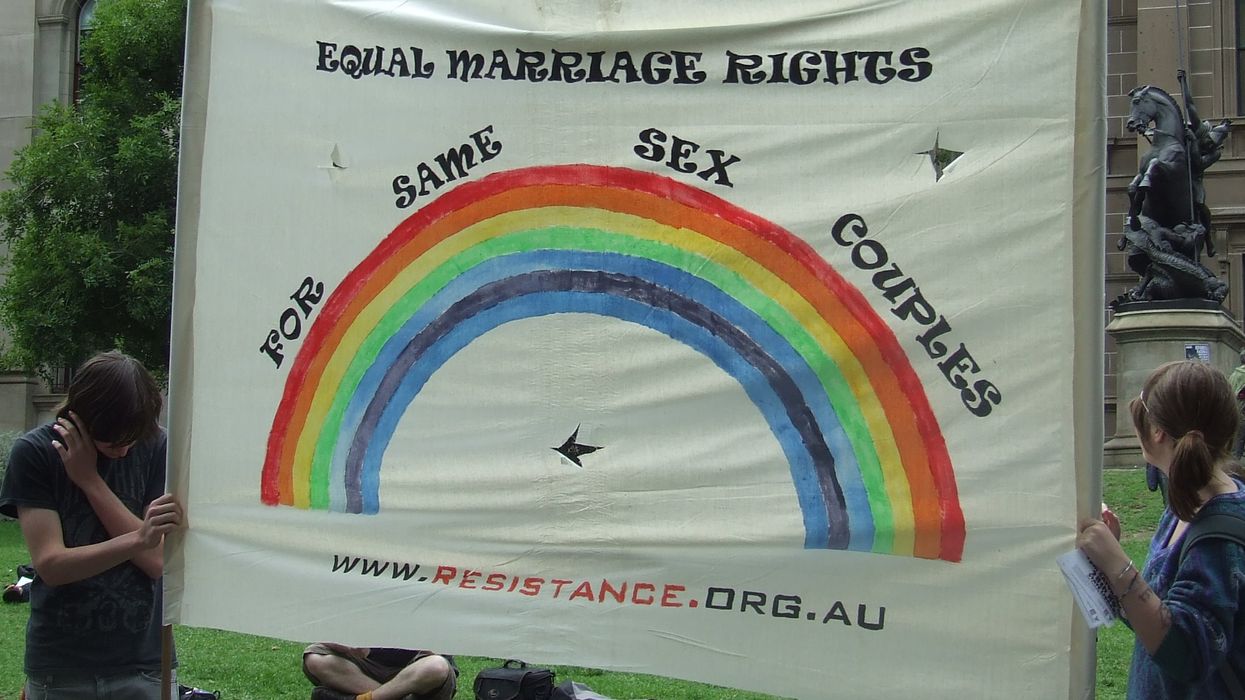 Australia's parliament comprehensively voted to legalize gay marriage on Thursday. When the final approval came through in the country's house of representatives, there were only four votes against the bill.

The development occurred three weeks after a national referendum in which Australians overwhelmingly supported gay marriage.

The vote was celebrated across the country, with Prime Minister Malcolm Turnbull proclaiming, "For every one of us, this is a great day."

After the vote, emotions spread like wild fire. Spectators in the public gallery began singing "I am Australian", a well-known anthem. Lawmakers could be seen looking up at the gallery, and wiping tears from their eyes.

The new law changes the definition of marriage from "the union of a man and a woman" to "the union of two people". It automatically recognizes same- sex marriages from other countries.

Earlier legislation had provided equality to same-sex couples in areas such as government benefits, employment, and taxes.

Since 2004, there have been 22 attempts to legalize gay marriage in the country.

A handful of lawmakers tried to add amendments that they claimed were meant to safeguard the religious freedoms of those who oppose same-sex marriage. However, their efforts failed.

However, ministers can still refuse to oversee gay weddings.

The moment was marked by a series of emotional speeches by politicians on the left as well as right.