Beer Is Better For You Than Wine, According To Science

Put a cork in that wine and grab a brew. 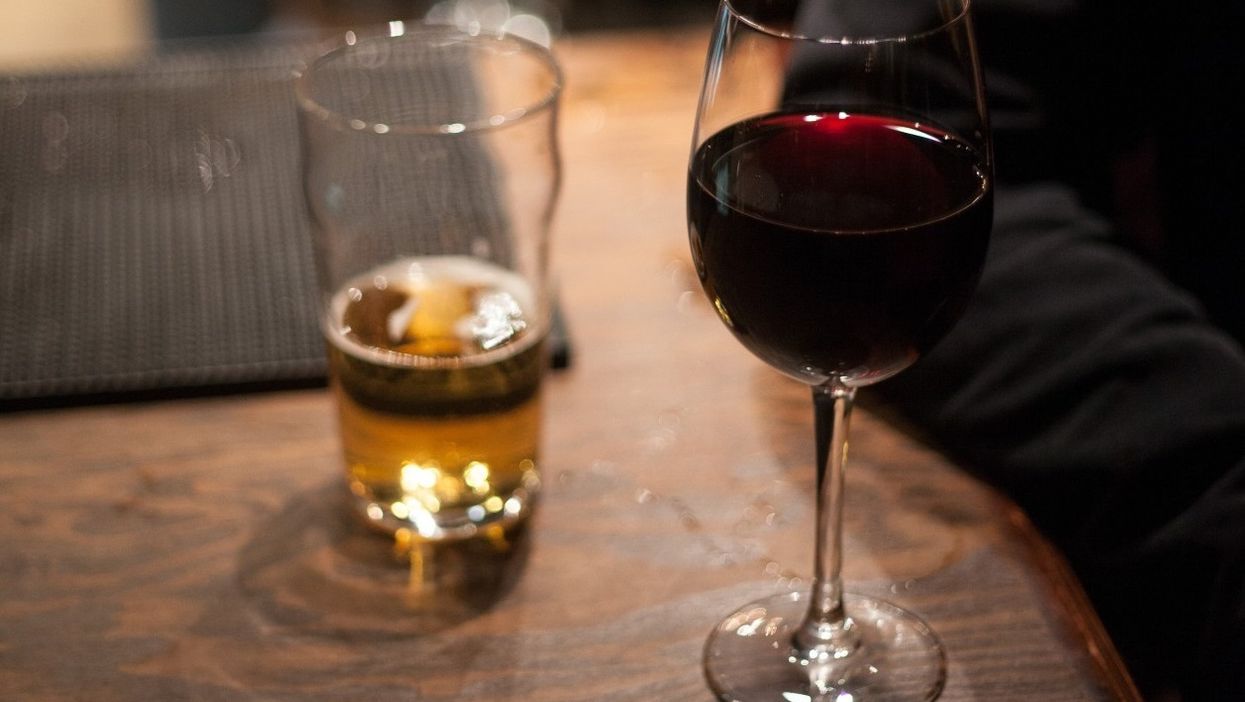 Wine has long been touted as the "healthy" alcohol, a psuedo-fact we've talked about a lot, with tons of research released on the regular saying how the red 'n white stuff is good for your body. Beer, on the other hand, always gets a bad rap, though Charlie Bamforth (real name), a professor of brewing sciences (real title), believes a brew may be better for you, reports NPR.

Working out of the University of California, early research conducted by Bamforth claims that, in comparison to wine, beer has many more beneficial nutrients and compounds. Bamforth claims beer to be far superior to wine when it comes to per volume content of:

A bit surprising, as beer is usually just cited as the cause of big bellies, but apparently, beer also beats out wine in the antioxidant department. Beer contains antioxidants  the body can readily absorb (e.g. ferulic acid), whereas those found in wine are more difficult for your body to utilize, meaning even if a beer's antioxidant levels are lower in content, your body will actually be able to use them.

The magical health effects apparently found in beer aren't solely found in darker "healthy" beers like Guinness or craft brews. According to Bamforth, the nutritional benefits of beer are found across all brands and types. Use that tidbit to justify your next purchase of a 10.1% at the dep.

This doesn't mean you can down a six-pack and have zero repercussions, as beer still does contain a lot of carbohydrates, and a fair amount of extra calories VS wine. But as long as your generally healthy and active, beer won't break your diet as much as you think, and may help you live longer with its many nutritional boons. Take that wine, you've been dethroned.

Are you looking for more? Click here for Science Says That Drinking Wine Is Better Than Going To The Gym >

The organization said racism is particularly prevalent against First Nations and Inuit patients.

The Ordre des infirmières et infirmiers du Québec (OIIQ), the province's professional order of nurses, and the largest professional order in Quebec with over 80,000 members, formally recognized the presence of systemic racism in Quebec's health care system on July 14.

Following the death of Joyce Echaquan in a Lanaudière hospital last September, the OIIQ noted that systemic racism in Quebec's medical system is especially prevalent against Indigenous patients.

Quebec announced new scholarships for women studying tech, as an effort to attract and retain women in fields where they are typically underrepresented, according to a news release from the Office of the Minister of Higher Education.

All women enrolled in a full-time university program in computer science, computer engineering and construction, and electrical, electronic and communications engineering will be eligible for a $3,000 scholarship each year for up to four years — by the end of their studies, this would total $12,000.

In what could possibly be the most fun experience you'll ever have getting a vaccine, Piknic Électronik is partnering with the CIUSSS du Centre-Sud-de-l'Île-de-Montréal to host a walk-in COVID-19 vaccination clinic this Sunday, July 11.

The clinic is open to festival-goers as well as anyone visiting Parc Jean-Drapeau. Since it's no secret that drugs and alcohol go hand-in-hand with music festivals, we asked what you should you know if you're planning on getting a vaccine dose and also planning on being inebriated.