Ben Affleck As Batman Has The Internet laughing So Very Hard 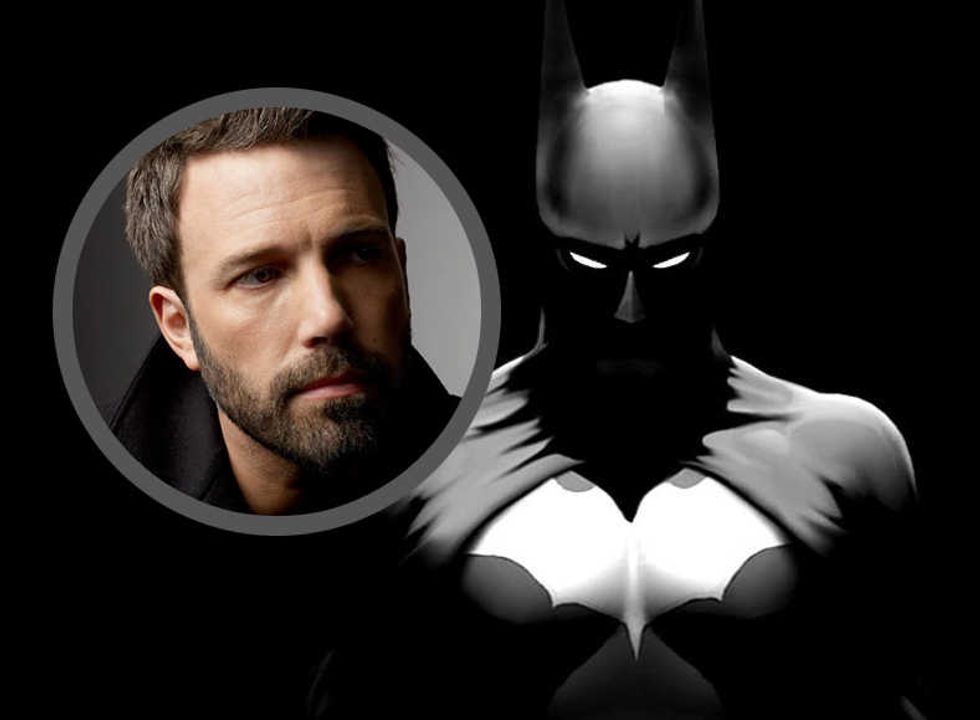 It's one thing for Ben Affleck to go from acting in Gilli to directing an Oscar-winning film with Argo. Now he's given a position to fill in Warner Bros. Biggest comic to movie adaptation, Batman.

Now there has been A TON of backlash over this decision from both the media and fans alike.

But consider this, when Heath Ledger was set to play the Joker in Christopher Nolan's The dark Knight, no one expected a blonde surfer dude to be anything special. instead, Ledger reinvented the most sinister of Batman's villains.

In short, don't count your chickens just yet, we may have another breakout role in Affleck's Batman.

What do you think? We honestly are very curious to know. Give us your opinion in the comments below.