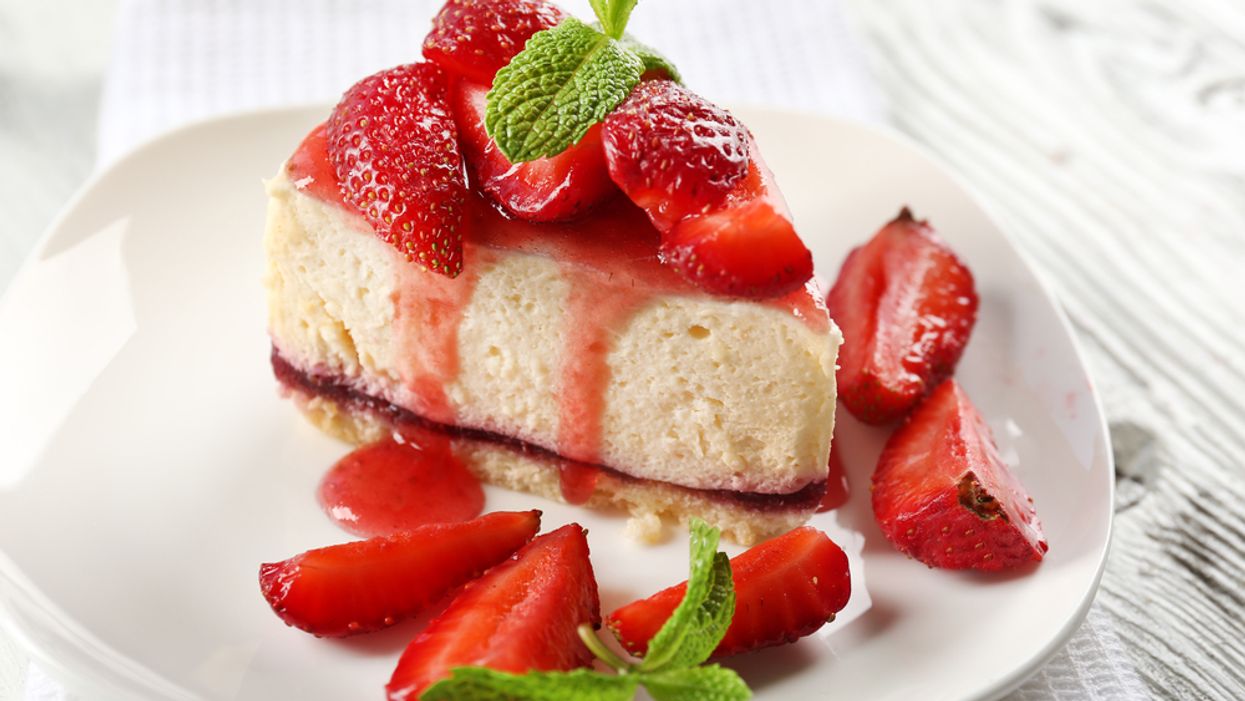 Friends, I won't even bother asking if you like cheesecake. I already know that the answer is yes, because everyone loves cheesecake. Seriously, it's the perfect dessert after any meal; the perfect snack after exploring Montreal; and, hey, even the perfect cheat day breakfast. No judgement here, friends.

Of course, Montreal's cheesecakes have a very distinct style - you'll know it if you've ever tried cheesecake elsewhere - and thankfully, we have tons of places to experience a delicious slice of Montreal cheesecake. Unsure of where to go? It's all good, friends, I've got your back.Read on for Best Montreal Cheesecakes 2016.

Friends, all cheesecake is beautiful. But a cheesecake that sits under a bed of whipped cream and strawberries, and is drizzled with fresh, melted chocolate sauce? Yeah. I'm going to need a moment to collect myself, thanks. Not only is Cacao 70 home to some of Montreal's most awesome chocolate creations, but it's also home to the magical cheesecake I've just described. Cheesecake fans, you need to get yourselves there. Trust.

Okay, okay, I know. Aux Vivres' cheesecake? Yeah, technically not cheese. Although this gateaux fauxmage is made with a total lack of cheese, it doesn't mean that this isn't one of the most awesome pieces of cheesecake you'll try in Montreal - super smooth, dense, and with that unmistakeable awesome cheesecake flavour. And the fact that it's vegan might just make it all the better. First of all, guilt free cheesecake? Um, yes please. Second of all, at Aux Vivres, everyone can happily partake in the delightful dessert that is cheesecake. And really, isn't dessert all about happiness?

This adorable pastry shop was already named as one of Montreal's top spots for eclairs, but their cheesecakes? Yeah, equally as mind-blowing. These little cakes are as creamy as they come, and are topped off with an assortment of beautiful, fresh fruit, and a deliciously sweet, airy dollop of mousse. They come served individually, so you don't have to worry about losing all control and eating a whole cake made for ten people. I mean, you might still end up inhaling ten of these squares - but whatever, no judgement if you do. They're just that good.

Three words, friends: Apple Crumb Cheese. Seriously, the Apple Crumb Cheese Pie at Rockaberry's is delicious. Basically, it's a hybrid of the creamiest, sweetest cheesecake you've ever tasted and their classic, yummy, fruity Apple Crumb pie. No lie, it's my go-to whenever I'm hardcore craving a cheesecake. Of course, if apples aren't your thing, worry not. Rockaberry's serves up a wide variety of cheese pies - such as their Toblerone or Oreo cheese - meaning that no matter what you're craving, Rockaberry (and their cheese pies) has got your back.

Ah, Chenoy's. Probably the place most synonymous with cheesecake in Montreal, this classic cheesecake here has all the hallmarks of being a pure work of art. It's super fluffy; packed with that delicious, signature cheesecake flavour; stacked super high; and topped with fresh, yummy strawberries. Honestly, if you're a cheesecake lover, you definitely need to get yourself here - but be warned, one bite just might ruin you for other cheesecakes.

Okay, let me just get this out of the way now: Yum. Reuben's serves up some seriously legit Montreal cheesecake, and although they have a very solid variety of flavours - ranging from your classic strawberry-topped to a mango puree variety - nothing beats a classic. Their cheesecakes in general are super dense, not overly sweet, and just all-around delicious; but their classic cheesecake, baked fresh and bordered with vanilla shortbread, is honestly something you have to try at least once in your life. And then try it again, and again, because it's delicious and you have no self-control anymore. (Just me? Just me, cool.)

Alright, straight up, the cheesecakes at Else's are game changing. What is it that you enjoy about a cheesecake, friend? Is it the creamy-yet-fluffy texture that brings an instant smile to your face? Is it the perfect combination of decadent, sweet, and tangy, all rolled into one perfect dessert? Is it how deliciously fresh it is? Well, if it's one or all of these things, then I've got some good news for you. The cheesecake at Else's? Yeah, it's going to be your new best friend. You're going to be seeing it in your dreams. It is, in a word: Amazing.

Another gateaux fauxmage entry, Sophie Sucree's delicious "cheesecake" squares are just as good as any other cheesecake in Montreal I've tasted - if not, better. There's something about the sweet, dense quality of the dessert that makes it super unique yet super familiar, and all around delicious. Trust me, one bite and you'll be dreaming about it for days.