Nothing rhymes with with dumpling, but these are all delicious. 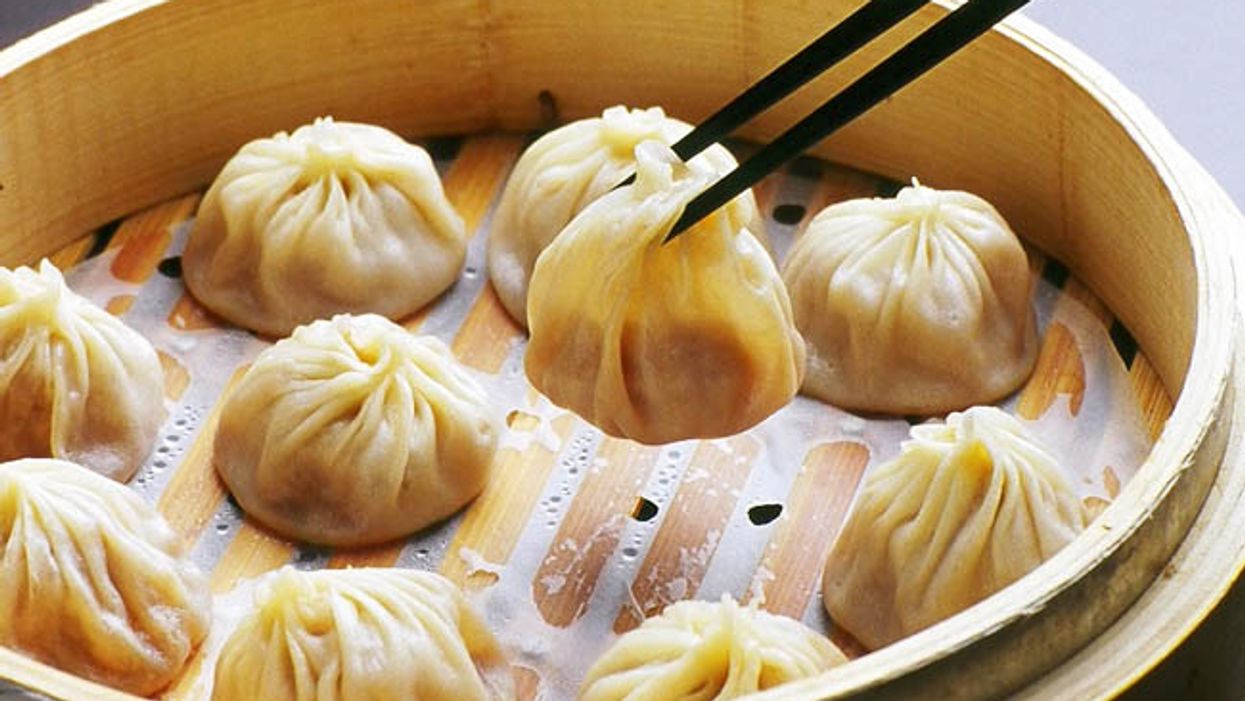 Given Montreal’s impressive Chinatown, it’s no surprise that the city has lots of delicious Asian food. Still, amongst all of the dishes that the cuisine has to offer, one of our favourites has always been the dumpling. Whether they’re boiled or fried, filled with meat or fish, dumplings will always have a special place in our hearts thanks to their simple but undeniable pleasures. Restaurants around the city offer vastly different takes on the dish, but we’ll take any dumpling as long as it’s done well. Here are Montreal’s best dumplings.

As we’ve said already, we enjoy a good dumpling, but we really love soup as well. That’s why this place kills two birds with one stone by offering dumplings filled with delicious, boiling hot broth. Each bite is filled with soupy, doughy, and meaty goodness, making it the ultimate do-it-all dumpling delight.

Unsurprisingly, Chinatown is loaded with restaurants that serve great dumplings, but this place just might be our favourite. It’s not the best place for vegetarians, because they don’t offer much in the way of veggie dumplings, but carnivores are sure to have a blast here. They have delicious meat/veggie combo dumplings, such as lamb and chive.

You might have to wait a while to get in here, since they don’t take reservations and people line up outside, but your patience will be rewarded with fantastic dumplings. Their signature yaki gyoza are filled with pork and pan-fried to a crispy perfection. You’ll be tempted to fill up on them alone, but save room, because their menu also has amazing main dishes, such as their juicy shrimp burger.

We’ve written before about how great the food is at this place, but we didn’t give their dumplings nearly enough attention. Their wonton soup is loaded with dumplings that have a thick and doughy outside. Once you break through the exterior, you’ll be rewarded with a bite of tasty pork and fresh spring onions. They go perfectly with the salted broth in which they swim.

As their name suggests, these guys specialize in dumplings, and you can taste their commitment in every bite. The dumplings are loaded with a variety of fillings, so dumpling lovers of all sorts are sure to be satisfied. Every order comes with a side of soy sauce that makes for the perfect finishing touch for your dumpling experience.

Vegetarians and meat-eaters alike flock to this Parc Ex spot, thanks in large part to their delicious range of dumplings. Herbivores will want to give the cabbage and mushroom dumplings a try, while carnivores will want to indulge in their lamb and coriander filled delicacies. No matter which one you choose, they’ll come to you piping hot and practically begging to be bitten into.

We really think they should just go ahead and change their name to the “Dumpling Factory,” because their dumplings are the real star of their menu. Not to knock their noodles, which are also pretty fantastic, but their dumplings are truly something special. Whether it’s steamed or fried dumplings you’re looking for, they’ll get you your fix with mouthwatering flavours like pork and chive.

If variety is your thing, you’ll want to come here. They offer just about every dumpling filling you could imagine, like beef, chicken, shrimp, and pork. On top of those, you can add yummy veggies like mushrooms, chives, and cabbage. Plop one in one of their dipping sauces, which come in vinegar, chili oil, Sriracha, and soy sauce, and you’ll find yourself in dumpling heaven.

This is the place for people who like their dumplings doughy. Each one has a seemingly never-ending dough skin that’s perfect for anyone craving carbs. The Wonton soup broth they drop them in compliments their delicious exterior perfectly.

“Deliceux” doesn’t even begin to describe how we feel about these dumplings. The restaurant has the same owner as Mai Xiang Yuan, and you’ll taste the familial resemblance in every bite of their dumplings. Order an assortment of them, and you’re sure to leave satisfied.

You’ll want to come here if peanut butter is your thing. They serve a delicious peanut butter dumpling that makes for a uniquely delicious treat. You’re going to be tempted to eat as many as you can, but try to control yourself, because their menu is filled with other amazing offerings, such as their fried spinach.

The name of this restaurant suggests a luxurious experience, and that’s certainly what you’ll get when you taste their dumplings. Their deep fried wontons have a delightful crunch when you bite into them that can only improved by coating them in the tangy sweet and sour sauce that comes on the side. If you come for their dim sum, which you should, you’ve got to try their dried scallop and chive dumplings.

If it’s authenticity you crave, you’ll want to come here. They offer a delicious sampling of homemade Chinese cuisine that you’ll swear was imported from the East. Their dumplings are one of our favourite offerings from this seemingly endless menu, especially because they’re served with a fiery chili sauce that will give your taste buds a glorious kick in the ass.

This place stands out from many of the other restaurants on the list for being Korean, and their dumplings are a deliciously different take on the dish. They call them mandu, and they’re stuffed with savoury pork and coated in a blistered shell. Of course, they also do great takes on all your favourite Korean classics, like kimchi, bibimbap, and more.

This place is more known for their hand-pulled noodles, but their dumplings are a wonderfully well-kept secret. They’re not for those on a diet, because they often come dripping with oil, but they’re perfect for those who are ready to indulge in a greasy delight. Not only that, but they serve them with a big bottle of Chianking vinegar, which goes excellently with the oily treats.

They only take cash here, but the dumplings they serve make it worth your while to accept the inconvenience. As yummy as they are, you’ll also want to save room for their fantastic barbecue, which is grilled fresh at your table. If you’re feeling adventurous, try some of their one of a kind dishes, like their braised pork hock.

If you’ve gotten this far in the article, we’d imagine you like dumplings almost as much as we do, but you still might be looking for something a little different from your dumpling experience. That’s why these guys are here for you. Their xiaolong bao is a dessert dumpling, complete with a sweet filling that’s unlike anything else you’ve ever had.

Naturally, the dumplings get a little overshadowed by the all-you-can-eat meat at this place, but they’ve got plenty to offer in their own right. They’re deep-fried, giving them a crunchy texture on the outside which gives way to delightfully soft fillings inside. The bottomless bowl of ice cream you can have afterwards is the perfect palate cleanser to finish off your meal.

You might get lost just looking at the seemingly endless list of teas on their menu, but hidden in there are some damn fine dumplings done right. They’ve got plenty of varieties to choose from, like fried wontons, boiled chicken or pork dumplings, or pan-fried dumplings, so you’re sure to find the dumpling that suits your craving.

Time and time again, the endless list of Montreal Chinese restaurants has blessed us with a million different options for takeout.

When you think of cuisines from around the world, one of the first you likely think of is Chinese.

The Internet Is Obsessed With This Montreal Restaurant's Refreshingly Honest Menu

"This one is not THAT good."
Cuisine Auntdai | Facebook

You might be a frequent eater of Cuisine AuntDai in Montreal. Or perhaps you just heard about the Chinese restaurant this week when its strikingly honest menu went viral.

But who is behind the hilarious descriptions and anecdotes that accompany each menu item? We spoke to owner Feigang Fei about his newfound fame and the decision to caption his orange beef with "This one is not THAT good. Anyway, I am not big fan of North American Chinese food and it's your call."

8 Montreal Restaurants That Sadly Closed In 2020

2020 has brought a lot of heartbreaking changes, especially for Montreal restaurants.

Such a key part of the city's culture, saying goodbye to any restaurant is always painful, but to have so many gone away before their time this year has been absolutely crushing.