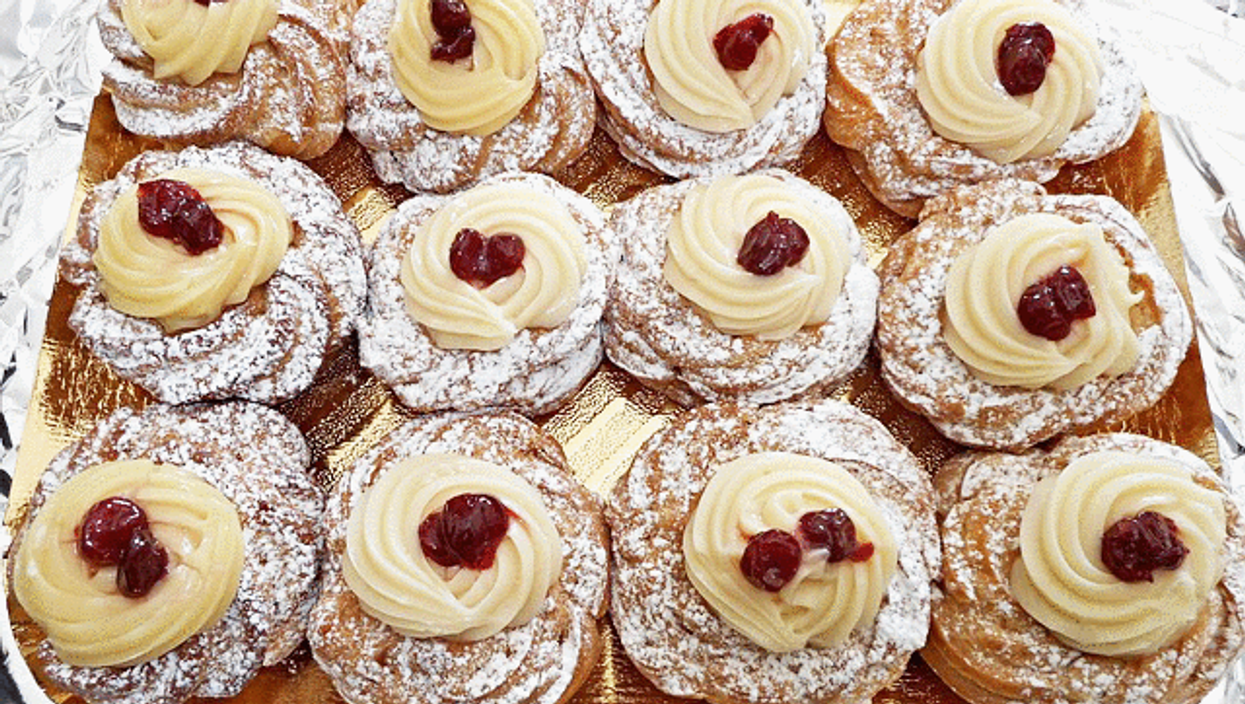 Guys, spring is legitimately one of my top two favourite seasons. I don't know if it's the sunshine, the longer days, or the whole rebirth aspect of it all... but what I do know for sure is that it's awesome.

Also, spring is officially the season of zeppole, AKA the best pastries ever made. Italians in Montreal (and all over the world) nosh on these ricotta-filled balls of happiness during the feast of San Giuseppe.

They come out sometime in February (depending on the bakery), and are out all the way until March 19. So make sure to get yourself to any one of these awesome spots ASAP.

This quintessential Italian bakery, located in Montreal's Little Italy, is probably best known for their beyond amazing cannoli. However, their zeppole, released only a few times throughout the year, really take the cake for most amazing pastry around.

Light, crisp, and just oh-so delicious, this St. Leonard bakery really does their zeppole up right. Their zeppole aren't super heavy and are more on the crispy, dense side - and of course filled with the most delicious ricotta cream ever - making for a zeppole experience you won't soon forget.

Honestly, you probably recognize the name of this St. Leonard-based Italian bakery because there's one pretty much everywhere in the city. But trust, friends. If you've ever eaten here, then you know for sure that they need all of their locations. The pastries here are amazing, and their fluffy, tasty, creamy zeppole are no different.

Honestly, if you're looking for an awesome spot to get some amazing zeppole, then look no further. The zeppole at Montreal's San Marco bakery are the stuff of legends: fluffy, dense, crispy, and filled to the brim with yummy, creamy, sweet ricotta.

This Montreal Italian bakery has literally tons of delicious pastries and savory food options for you to choose from. Their zeppole, however, are on a level of awesome all on their own.

Just outside of Montreal's Little Italy, this Italian bakery is often packed - but that's just because it's so awesome. Their zeppole are fresh, flavourful, and so, so creamy... and wayyy worth the wait in line.

This Montreal-North bakery will seriously impress TF out of you. They've got a huge selection of tasty pastries and savoury foods for you to enjoy, and one bite of their zeppole will transport you to real food heaven. Protip: try their tiramisu flavoured zeppole. So, so good.

Situated on Jean-Talon, this Montreal Italian bakery is what real food dreams are made of. Although they offer a wide selection of awesome pastries, their zeppole are a true standout; and considering they were the winners of Italian Week's Best Zeppole competition a couple of years ago, you know they're legit.

Located in Ville St. Laurent, this Italian bakery is pretty much a haven for anyone who seriously loves pastries. They've got cakes, cannoli, and pretty much some of the tastiest zeppole around.