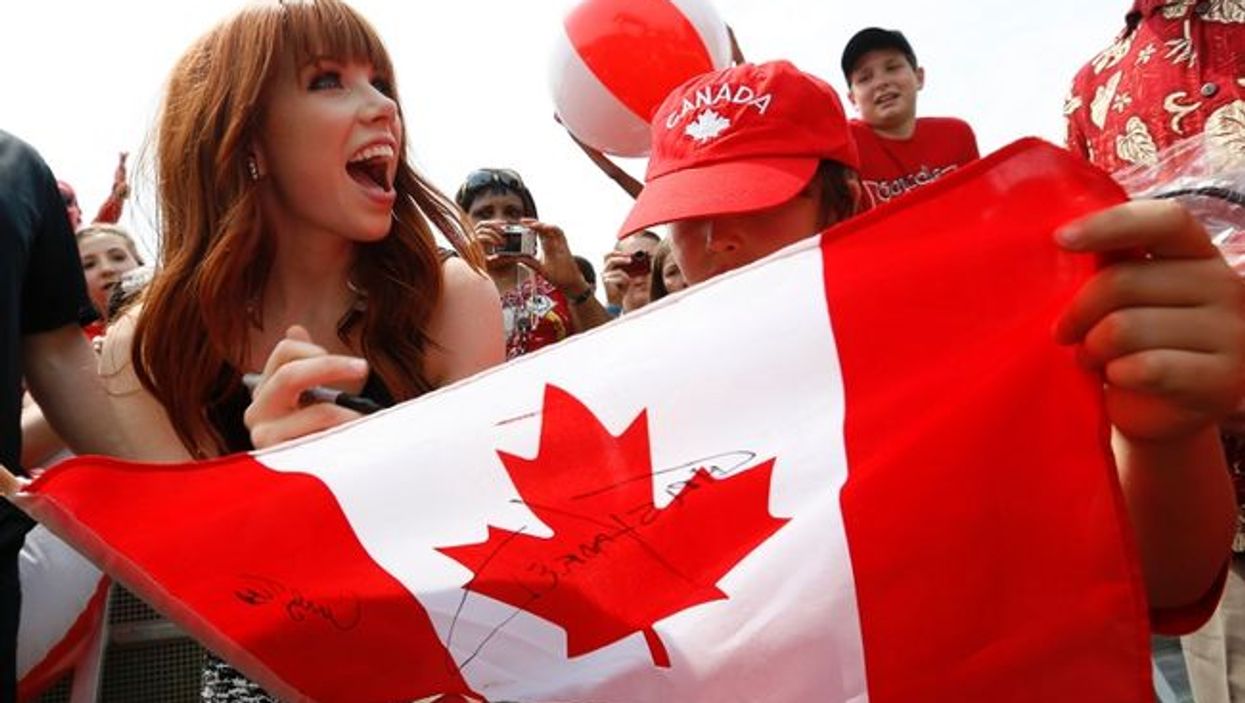 Monday marked the 146 birthday of Canada., and a well timed study added to the celebration. For the third year running, Canada has taken the top spot among the world's nations as the most reputable nation. The yearly study is performed by the Reputation Institute (yes, such a thing exists) and asks 27, 000 people from various G8 countries a series of questions pertaining to a nation's positive and negative traits. Taking in a score of 76.6 out of 100, Canada is apparently the most well liked country in the world.

Foreigners recognize Canada's awesomeness, but why don't its citizens? Sure, we show pride on Canada Day, but what about the rest of the year? Instead of preaching Canada's global cred, Canadians tend to be overly modest, and sometimes critical, on our home nation. Canadian culture itself is imbued with a sense of self-degradation that no one can deny. Anytime I hear a movie or TV show is Canadian, I can't help but become a little hesitant, and assume it will be shitty and low budget. Canadian literature and other cultural productions are thrown to the fringes of notoriety, and are only recognized by small circles, rather than embraced and applauded by the nation as a whole. Even our mannerisms, at least according to certain jokes and cultural critiques, are rife with apologies and the desire to please others. Canadians see Canada as a perpetual underdog, and not a leading world nation.

Why do we do this? A couple of factors may come into play. For one, we've always been right above America, who consistently steals the global spotlight. In terms of history and longevity, Canada is also a fairly young nation. Canada lacks the centuries of historical cred that other countries have, adding to the idea of Canada as an inexperienced newbie. But ignore all the immaterial junk like age and cultural comparisons, and you can recognize that Canada is routinely of the curve.

Canada has always been an advocate for human rights and equality. Canada embraced multiculturalism before the onset of the Internet and today's interconnected global community. Canada legalized same sex marriage well before it was politically trendy. Canadians invented tons of sports (lacrosse, and arguable hockey and basketball), many different pieces of technology (the telephone, standard time, SONAR), and some of the most delicious foods (poutine, duh). A Canadian even created Superman! All that being said, Canadians have a lot more to brag about than we think.

Now I'm not saying Canadians should adopt a douchey/we're-better-than-everyone attitude. That would be a major step back in Canadian coolness. But there is a difference between cockiness and confidence. We don't have to boast, but just realize our inherent greatness as Canadians. I know all Canadians love Canada, so lets show the world why.

Now that's how you celebrate!

In what can only be described as the ultimate fine dining experience, Tampa Bay Lightning player and Montrealer Mathieu Joseph brought the Stanley Cup to Montréal-Nord this weekend and ate a giant poutine out of it.

Hockey's holy chalice has had many things in it from beer to a baptized baby but never poutine — at least as far as we can tell!

The people behind Flamos Peri Peri Chicken are betting that a new twist on a classic recipe will help them break into Montreal's crowded chicken market.

The brand-new chain restaurant recently opened its first location at 72, boul. Saint-Jean-Baptiste in Châteauguay with a menu inspired by African, South American and European flavours and headlined with a unique and interesting twist on classic piri piri chicken.