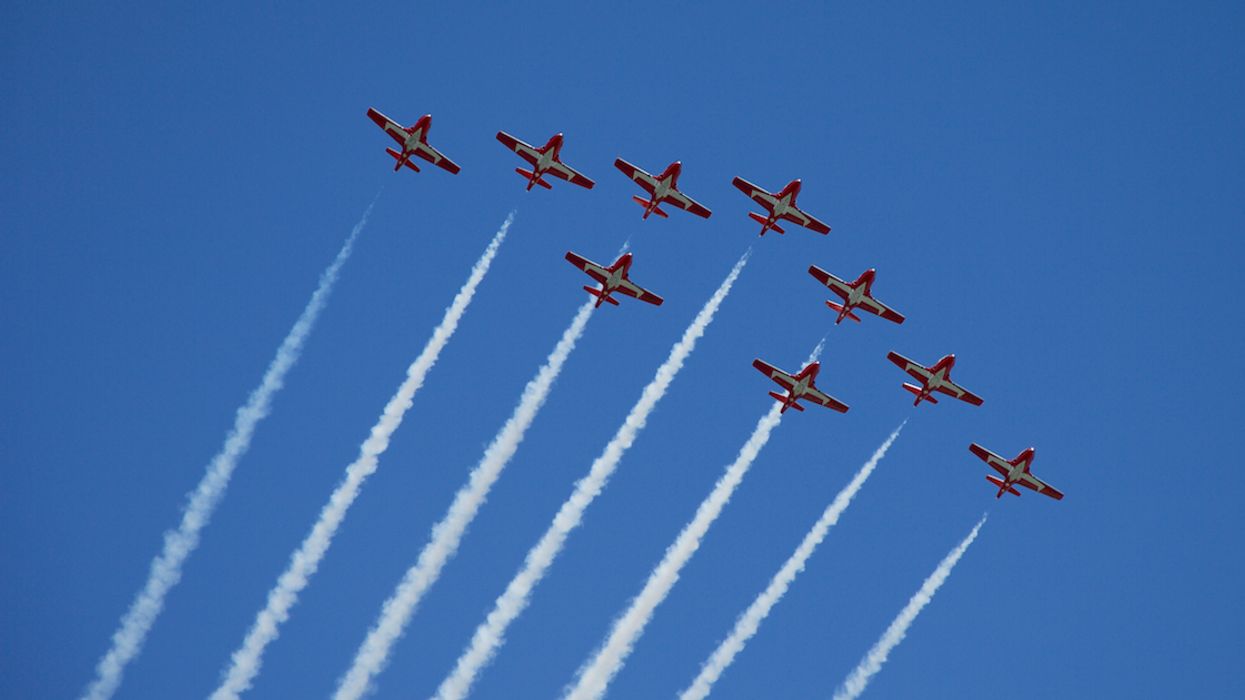 The iconic Canadian Armed Forces Snowbirds have embarked on a nationwide tour they're calling "Operation Inspiration." Their demonstrations are designed "to salute Canadians doing their part to fight the spread of COVID-19," according to a statement. On Wednesday, May 6, the squadron is scheduled to reach Quebec, flying over Rimouski and Rivière-du-Loup before crossing the St. Lawrence River and ending the day in Saguenay at 3:30 p.m.

"The team’s signature nine-jet formation, with trailing white smoke, will fly over cities across the country starting in Nova Scotia this weekend and working west throughout the week," the Royal Canadian Airforce wrote on April 29.

"The team will release anticipated locations, routes, and times on their social media platforms each day. Flyovers will occur at an elevation no lower than 500 feet above all obstacles."

They further explain on social media that they're withholding daily schedules until the day of take-off so that they can best adapt to weather conditions.

“While Canadians may not be able to gather at air shows for now, we’re honoured to bring the Snowbirds team to Canadians and to pay special tribute to them.”

On their Facebook page, the Snowbirds ask spectators to "please maintain physical distancing practices that are keeping us all safe."

The squadron has also had to follow public health recommendations.

They suspended operations after March 20 and team members remained in isolation at home for two weeks thereafter.

During the cross-Canada tour, they "will be practising recommended hand-washing and wearing recommended personal protective equipment while travelling."

"Team members will also be minimizing any interactions with people outside of the team."

The Snowbirds' mission, according to their Facebook page is "to demonstrate the skill, professionalism, and teamwork of the Canadian Armed Forces and bring thrilling performances to the North American public."

Hopefully they'll be able to make a pass over Montreal.