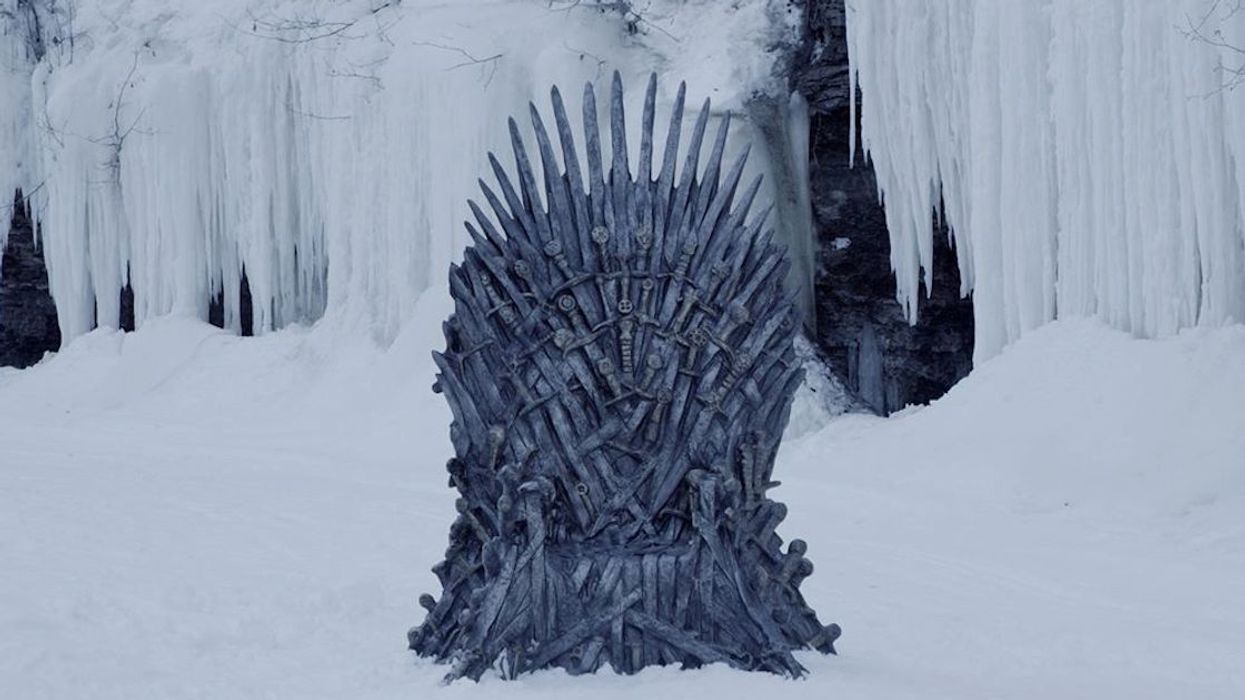 Today, a Canadian couple in BC found the Iron Throne chilling in Tumbler Ridge, a national park in northern British Columbia. The couple was planning on going cross-country skiing before getting a call from a local reporter. Kevin and Birgit Sharman aren't fans of the show but knew exactly where the throne was.

READ NOW: Woman Caught Defacing Wall With The Most Montreal Graffiti Ever (Video)

TL;DR  A Canadian couple in British Columbia found the Iron Throne in Tumbler Ridge national park. HBO's newest "Game of Thrones" marketing promotion spans the globe, sending fans on a scavenger hunt to find the Iron Throne in far-flung locations. Birgit Sharman is the fifth person to claim the throne since the promotion was launched.

HBO's promotion is intended as a scavenger hunt, with no prize save for bragging rights. You can track progress with #forthethrone on social media. In anticipation of the upcoming season, HBO dropped clues so fans can easily find the throne. Many people figured one was in Canada because of this tweet.

People quickly deduced that the throne is located somewhere in northern Alberta or British Columbia after HBO dropped a 360-degree video on Youtube.

Kevin Sharman works for Tumbler Ridge national park and figured out the clues after a reporter called him to inquire about the video. He saw the video and knew where the throne was located as soon as he saw it.

Kevin and his wife Birgit set off to find the throne. They found it almost instantly and were greeted by two men in full-length fur capes. According to a CBC article, Birgit approached the men and said that she was there to sit on the throne just like a real queen would.

The men posed next to the throne with a beaming Birgit striking an imposing figure on the Iron Throne. A true Queen of the North, indeed!

Birgit and her husband weren't "Game of Thrones" fans before today, but they said they will definitely watch the show now.

Fans have already found the Iron Throne in England, Sweden, Spain, and Brazil.