Both people are in the hospital now.
Laura Hanrahan 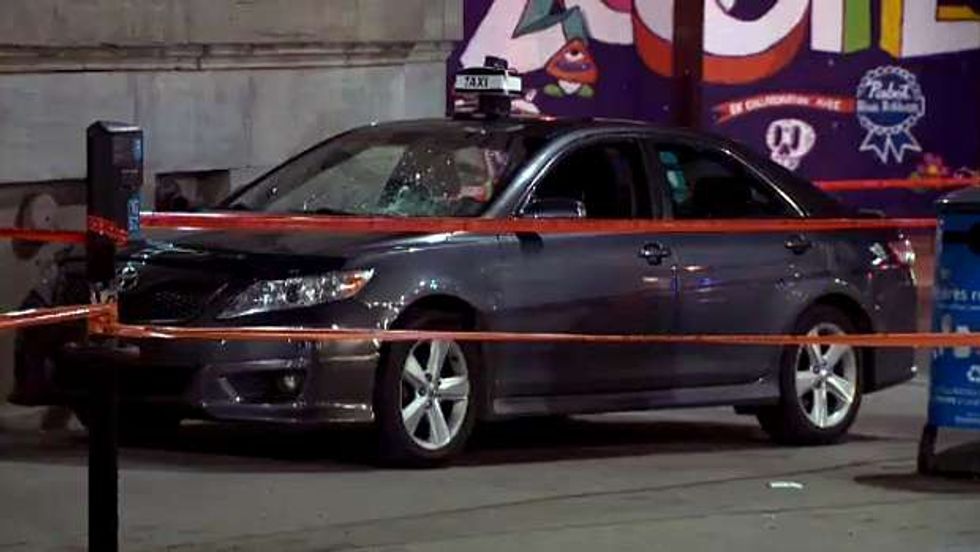 Everyone in Montreal has at least one crazy cab story. Mine involves the driver playing his own CD that he recorded and proceeding to loudly singing along to every song. But that's nothing in comparison to what this Montreal cabbie did.

Early this morning, around 12:40am, a Montreal taxi driver purposefully drove onto the sidewalk and ran down two men who had just exited his cab at the corner of St. Laurent and Ontario. He hit both of them, one an 18-year-old and the other a 20-year-old. The 18-year-old was left in critical condition and had to be taken to the hospital and stabilized overnight, while the 20-year-old was less seriously injured, but still treated in the hospital. Clearly the car hit them HARD, just look at how smashed up the windshield is.

The cab driver was arrested at the scene and police spent the night questioning him. The exact reason why he decided to run them down with his car has yet to be released, but I'd put my money on it having something to do with a payment issue.