Deadly Japanese Hornets Have Been Found In Canada 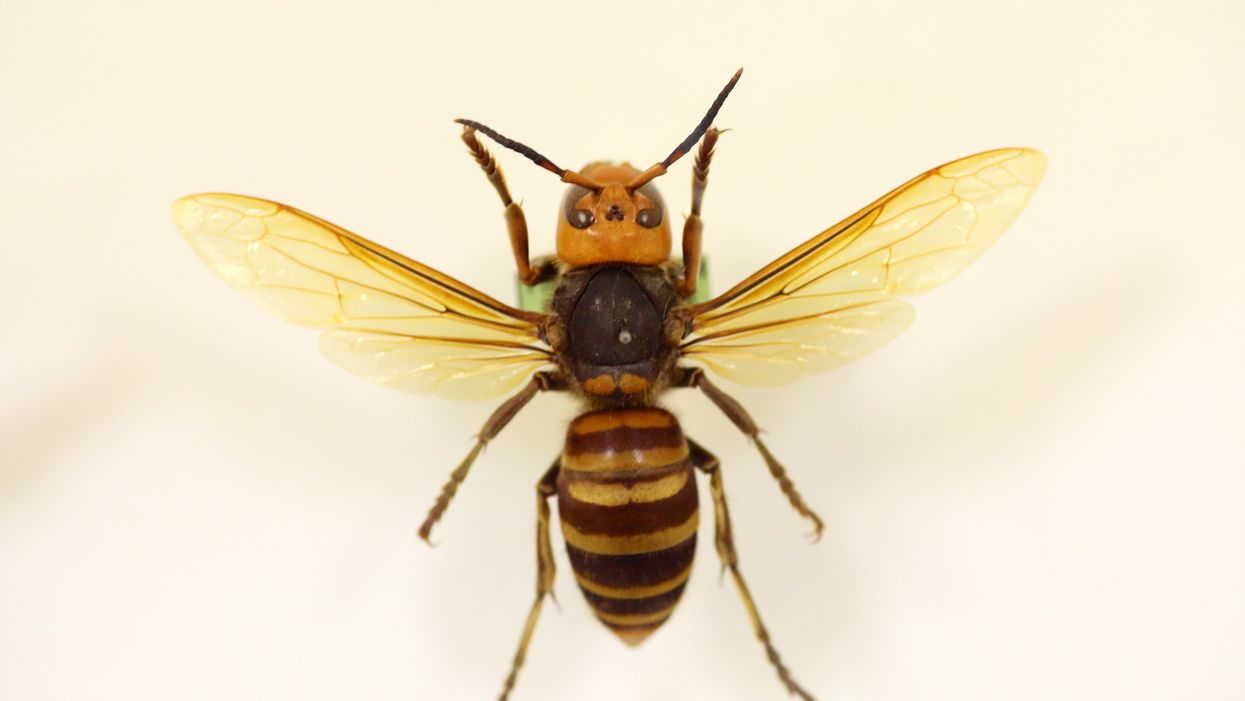 A Vancouver couple found what appears to be a Japanese hornet in their home over the weekend. The giant insect, which is common in Asia but rarely seen in North America, are dangerous bee hunters. They can also be deadly to humans in rare cases.

Though humans may be safe from the insect's deadly sting for the most part, the Japanese hornet hunts and kills bees. The effective hunter can decimate bee populations, killing over a thousand bees in three hours.

It is likely that the insect came to Vancouver through a shipping container. Hopefully, the incident is a one-off, but entomologists are concerned by the finding.

A Vancouver woman posted these photos to Twitter on Friday, May 10. The photos show a disturbingly large wasp.

According to her tweets, her boyfriend found the insect earlier that day and trapped it in a glass. Shortly afterwards they froze the insect so that it could be shipped out to Beaty Biodiversity Museum in Vancouver.

According to Global News, the insect appears to be a Japanese giant hornet. It has one of the most deadly wasp venoms, and its sting is extremely painful. They regularly exceed four centimetres in length.

Though Japanese giant hornets will not often kill humans, they do kill between 20 and 40 people every year. Most of these are because of anaphylactic shock. However, even healthy people can fall victim to the sting if they get stung enough times.

The Japanese giant hornet is a subspecies of the world's largest hornet with a wingspan greater than 2.4 inches. https://t.co/Mhj9v2Zy2C
— NatureWise Pest (@NatureWise Pest)1557412221.0

The biggest danger posed by the insects is the threat to bee populations. The Japanese giant wasps eat the bee larvae and kill bees to get to the offspring.

According to Everywhere Wild,  "a swarm of 30 Japanese hornets can take down a colony of 30,000 in less than four hours."

The insects are not native to Canada, and their presence in the country is concerning. An entomologist who spoke to Global News stated that scientists hoped that the cold winter will kill these insects.

Until then, we'll just have to hold tight.