He asks her: "Were you turned on by this at all? Even a little bit?" 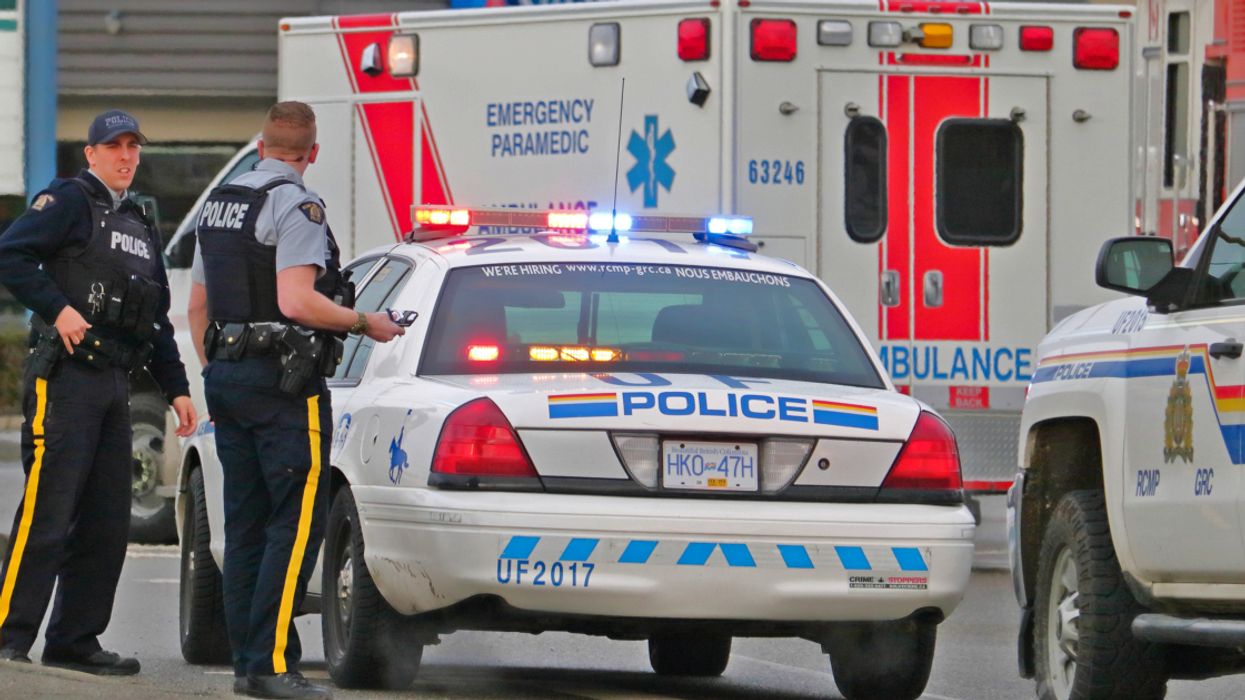 A video of a Kelowna RCMP Officer was shared on Twitter today to an outpouring of negative reactions. The video shows the RCMP officer interrogating a teenager who reported that she was a victim of sexual assault while in foster care in B.C.

According to APTN National News, the interrogation went on for over two hours while the victim (whose name is being withheld to protect her identity) was alone and still a minor.

In the video, the RCMP officer is heard asking questions like, "Were you turned on by this at all? Even a little bit?"

Warning: The video below contains description of sexual assault, which may be difficult for some people. If you or someone you know has been the victim of sexual assault, call the Assaulted Women's Helpline <1.866.863.0511> or find them online here.

According to APTN, the assault happened in 2012 and this video has come to light now due to a lawsuit that is currently underway. The lawsuit is against the Ministry of Child and Family Development as well as the social worker and supervisor who were responsible for the teen's well-being while in foster care.

What's worse, while the video is shocking and horrifying for the victim, many people watching it can't help but admit they aren't surprised by the officer's line of questioning, as it's something we've seen and heard of time and time again.

READ ALSO: An Amber Alert Was Used To Locate A Missing Boy In Ontario And People Are Mad That It Woke Them Up

Not only are people speaking out about the lack of tact in the interrogation process, but they've also gone so far as to call for the officer's dismissal.

Even actress and vocal equality advocate, Patricia Arquette, took to Twitter to call out the officer and challenge the RCMP to up their training process for interrogations of this nature.

@APTNNews @SuzieqVayglo This creepy perv should never be asking a sexual assault victim anything like this. He need… https://t.co/kV9Q70aJgl
— Patricia Arquette (@Patricia Arquette)1557870216.0

APTN also reports that court documents show the social worker and the teen's foster family "accused the tough of falsifying the incident," and that no real investigation occurred after this interrogation to uncover more about the "circumstances of the sexual assault."

One of the major criticisms of the interrogation is the fact that the female victim was alone with the male officer for the extent of the interview, and there was no female support staff present of any of it, which would certainly feel unnerving as a victim who has just been through such a traumatic experience.

While the outrage continues online, we'll have to wait to see if anything actually comes of the current lawsuit.

It's also worth mentioning that the lawsuit isn't against the RCMP officer but those that were responsible for the victim's care at the time that the assault happened.

The dismissal of the officer would likely require a different investigation entirely or some other kind of action from the RCMP itself.

@APTNNews @rcmpgrcpolice this is SICKENING! FIRE this man. Retraining for the rest. Justice for this victim.
— Comrade Ceary (@Comrade Ceary)1557872060.0

In addition to the dismissal of the officer, many people have also asked that the RCMP considers retraining their officers for interviews of this nature... which seems like the least they could do.

We will certainly update this space if any new details become available or if any news about the RCMP officer in question comes to light.

Head to APTN National New's page to read their full report about the video above and the situation as a whole.