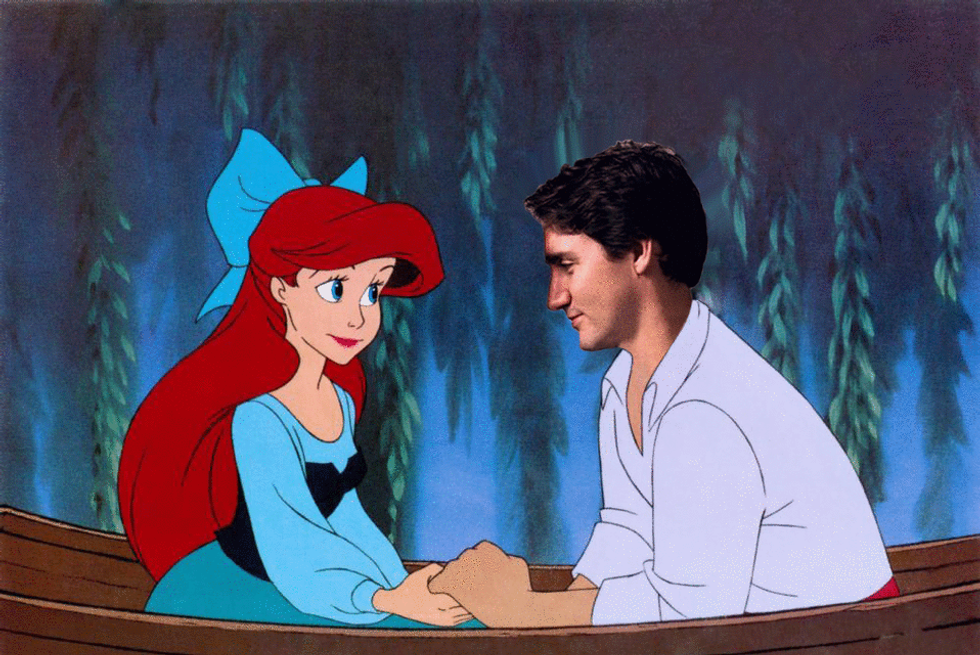 When Justin Trudeau first became Prime Minister, people in the US started freaking out because he actually looks pretty good when you compare him to the rest of the world leaders out there.

READ ALSO: Matthew Perry Reveals That He Beat Up Justin Trudeau In 1982

But some people took it one step further and theorized that Justin Trudeau might actually be a Disney Prince.

The resemblance is definitely uncanny, but perhaps it's more than just looks that makes Justin a Disney Prince, that's why we here at MTL BLog decided to figure out more things that prove Justin is cartoon royalty.

2. He's Handsome, Like Prince Eric From the Little Mermaid

3. He Has Inner Beauty, Like The Beast From Beauty and The Beast (Also he hangs out with Emma Watson)