Easy To Understand Parking Signs That Montreal Should Have Right Now

Because no one needs more parking tickets. 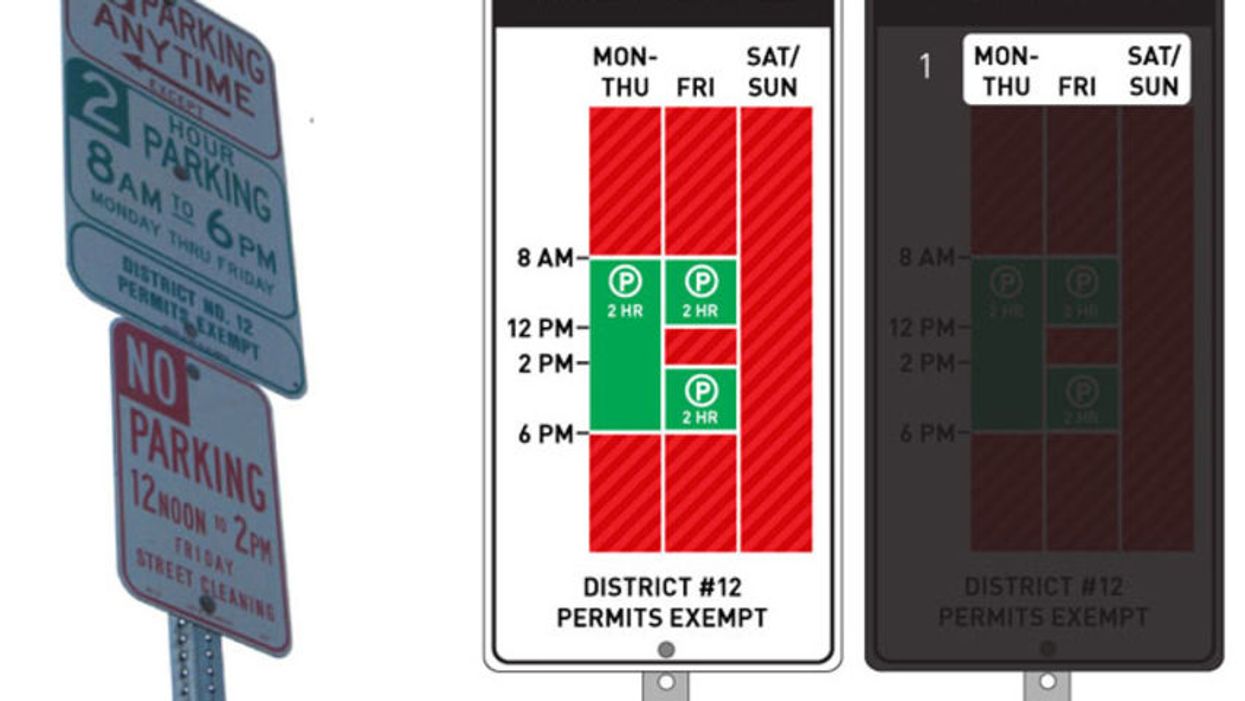 Deciphering parking signs in Montreal can be one of the most frustrating tasks to endure. Sometimes it seems as if you need a damn decoder ring to understand when, and for how long, you're actually allowed to park in a certain spot/street. To help everyone get less tickets, what Montreal needs is a new parking sign design, like those created by Nikki Sylianteng.

A Brooklyn-based designer, Sylianteng's inspiration for an easier-to-understand parking sign came about just like you'd think: she was tired of getting so many tickets. Taking matters into hew own adept hands, Sylianteng visually reformatted the information on parking signs into a colour-coded schedule.

Anyone (aside from the colour blind) can understand Sylianteng's system, as times you can park are blocked in green, while times you can't are in red and white. Pretty simple stuff, and one gigantic improvement from the current model.

Sylianteng has gone on to plaster her new parking signs around New York, a form of "functional graffiti." Someone should pay for her flight to come to Montreal, or some city official/street artist should take note and employ the same method in Montreal, 'cuz drivers know some new signage would be greatly appreciated.

Just to drive the point home, here's an example of a uber-confusing Montreal parking situation:

And here's what they could become:

Are you for new parking sign designs in Montreal?