Keep calm and eat a pickle.

We’ve already talked about how many incredible sandwiches there are in Montreal, and nothing goes better with a great sandwich than an equally great pickle. Of course, some pickles are so good that you’ll be happy to eat them on their own. Thankfully, the city is filled with such pickles. Here are the best pickles in Montreal.

No matter how you like your pickles, Mrs. Whyte’s has got a variety to suit your tastebuds. They offer kosher dill pickles, brine dill pickles, sweet pickles, and more. While most pickle companies produce their products in large tanks, Mrs. Whyte's allows their pickles to slowly ferment in small barrels. You can taste the delicious difference in every bite.

This place is mainly known as a steakhouse, but they also serve some of the best pickles in the city. There’s no better way to warm up for your giant ribeye than with a serving of the pickles that come free with every meal. They’re garlicky, crunchy, and delightful.

We’ve complained before about the smoked meat here being overrated, but their pickles certainly aren’t. It’s worth braving the lines just for one bite of their subtly garlicky but seriously sour pickles.  Wash it down with a cherry pop for the perfect pairing for your pickle.

Don’t worry if you get frustrated by the line at Schwartz’s, because another source for delicious Montreal pickles is just across the street. Their dill pickles compliment their underrated smoked meat sandwiches excellently. They’re sour as hell, just as they should be. They also go great with the garlicky slaw that’s served with the smoked meat lunch special.

The American founder of this company, Jess Messer, has been canning pickles since childhood, and you can taste her experience in every bite. She does classic garlicky dill cucumber pickles, but she’s also not afraid to try out innovations like sweet zucchini pickles with tumeric. You can find her pickles all over the city, but one of our favourite place to pick them up is at Depanneur Le Pick-Up, where you can eat one them with one of their delicious pulled pork sandwiches.

This deli will ship their pickles straight to your home, and you’ll want to order as many as possible once you taste them. Lovers of sour pickles will have no problem getting their fix, because these are some of the sourest cukes we’ve tasted in the city. They go well with their heavily clove-flavoured smoked meat.

If you love pickles (which you probably do if you've made it this far in the article), come here Thursday-Saturday nights after 9 PM, because you’ll get as many as you can eat for just $25. You’ll probably end up getting a lot for your money, because you won’t be able to stop eating them once you taste their delicious crunch. Not only that, but you’ll also get unlimited cole slaw and bread, as well as an appetizer, a main dish, a side, and coffee. 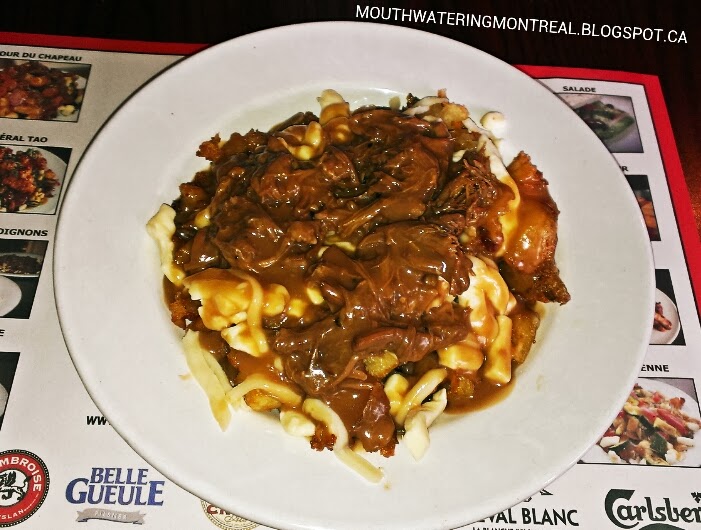 As you can see, Montreal is a great city for pickles, but it’s much better known for its poutine. Thankfully, if you order the Montrealer poutine here, you won’t have to choose between the two. It’s a poutine that comes topped with a deep fried pickle. It also has tons of other yummy add-ons like smoked meat, mushrooms, and Swiss cheese.

Raw pickles are great, but deep-fried pickles are even better. That’s what they offer here, and you won’t be disappointed. They’re easy to miss amongst this menu, since it’s jam packed with delicious appetizers like Bacon-Wrapped Mini Hot Dogs and Southern Fried Buttermilk Chicken Crispers, but you’ll definitely want to make them a part of your meal.

They’re not afraid to deep-fry food here, and pickles are no exception. They slice them up into small circular chips, then fry them up to a golden-brown perfection. They’re salty, sweet, and addictive as hell. They taste incredible on their own, but they’re even better when paired with their signature Diablo cocktails, which are served inside of peppers.

This bar is rightfully known for their extensive wine selection, but they’ve got some awesome pickles, too. Order them on their own, or get them as a side with their deliciously rich rabbit liver parfait. Either way, the house gherkins do not disappoint.

It’s not necessarily their pickles that Dunn’s is “famous” for, but you’ll think so once you try them. They’re garlicky, sour, and delicious. You might have trouble finding room for them, since their portions of smoked meat are gigantic, but it’s well worth the effort.

As the name suggests, you won’t get a ton of food if you order their “Special,” but you will get a tasty salami and bologna sandwich. You’ll probably still want something to go with it, and you can’t do much better than a side order of their half-sours. Wash it all down down with one of their tasty fountain drinks, and you’re sure to leave satisfied.

What's your favourite pickle in Montreal?