Everybody Is Criticizing Trudeau For His "Apology" To Indigenous People 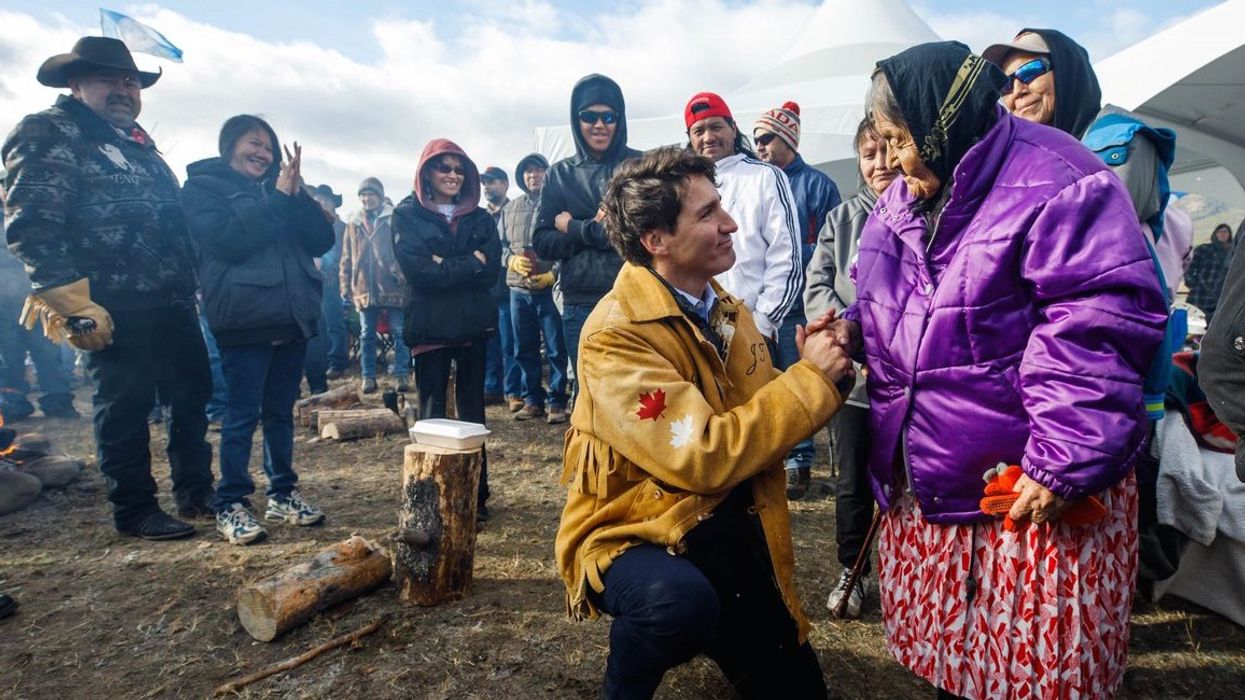 A few days ago, Justin Trudeau posted some images to Twitter of his most recent visit to B.C.

READ ALSO: Police In Canada Confirm They Don't Actually Have A Reliable Test To Catch Someone Driving High

TL;DR Trudeau recently paid a visit to the Tŝilhqot’in Nation to make a public apology to "Acknowledge past mistakes" and also "renew the relationship between Canada and Indigenous peoples." His visit was met with a great deal of criticism from Canadian public. Scroll down for what some Canadians had to say about this.

Trudeau had a plan for this trip, though. And paid a visit to the members of the Tŝilhqot’in Nation in the unspoiled and prestine Nemiah Valley in British Columbia.

According to the official document by the Canadian government the purpose of this visit to the Tŝilhqot’in Nation was to  "Acknowledge past mistakes" and also "renew the relationship between Canada and Indigenous peoples."

Working together, moving forward & writing a new chapter of reconciliation. Thank you to the Tsilhqot’in Nation for the warm welcome to your title lands - I was deeply moved to present our government’s statement of exoneration in person. Details: https://t.co/P14nyoJlEb pic.twitter.com/7PEtk3Og6E

Although on the surface this appears to be a step in the right direction towards improving Canada's relationship with Indigenous peoples, many people reacted strongly to Trudeau's post by showing a great deal of dis-trust and skepticism regarding his true motivations behind this apology.

One statement repeatedly came up several times: Trudeau is apologizing for something that happened before Canada was a nation - again.

What a joke! This happened before we were a nation. Why not apologized to Newfoundland when the Vikings landed 1,000 yrs ago, I'm sure you can find something to apologize for....

Not to say that what happened was right, but Canada wasn't a nation at the time. The Brits should be the ones with the apologies

While some are reminding Trudeau that there are indigenous communities everywhere in Canada that desperately need help, too.

INDIGENOUS ppl of SIX NATIONS of GRAND RIVER in Southern Ontario have been requesting clean water pipelines be connected to their households. Only 10% are connected to water filtration./ There's a 17% SUICIDE RATE among INDIGENOUS: CONNECT ALL INDIGENOUS communities with INTERNET

Every Canadian deserves an apology from your government, and in under a year from now we’re going to get it. #JustinJustOut2019 #NiceHairThough #TheBudgetWillBalanceItself #cdnpoli #MCGA #TrudeauMustGo

Some people point out a possible shady ulterior motive.

What a joke, using and abusing Indigenous peoples to push through fossil fuel projects, will strand Canada’s assets and Indigenous assets. Disgusting!

While some, but few, people actually are being positive and applauded the PM for his efforts.

What a joke, using and abusing Indigenous peoples to push through fossil fuel projects, will strand Canada’s assets and Indigenous assets. Disgusting!