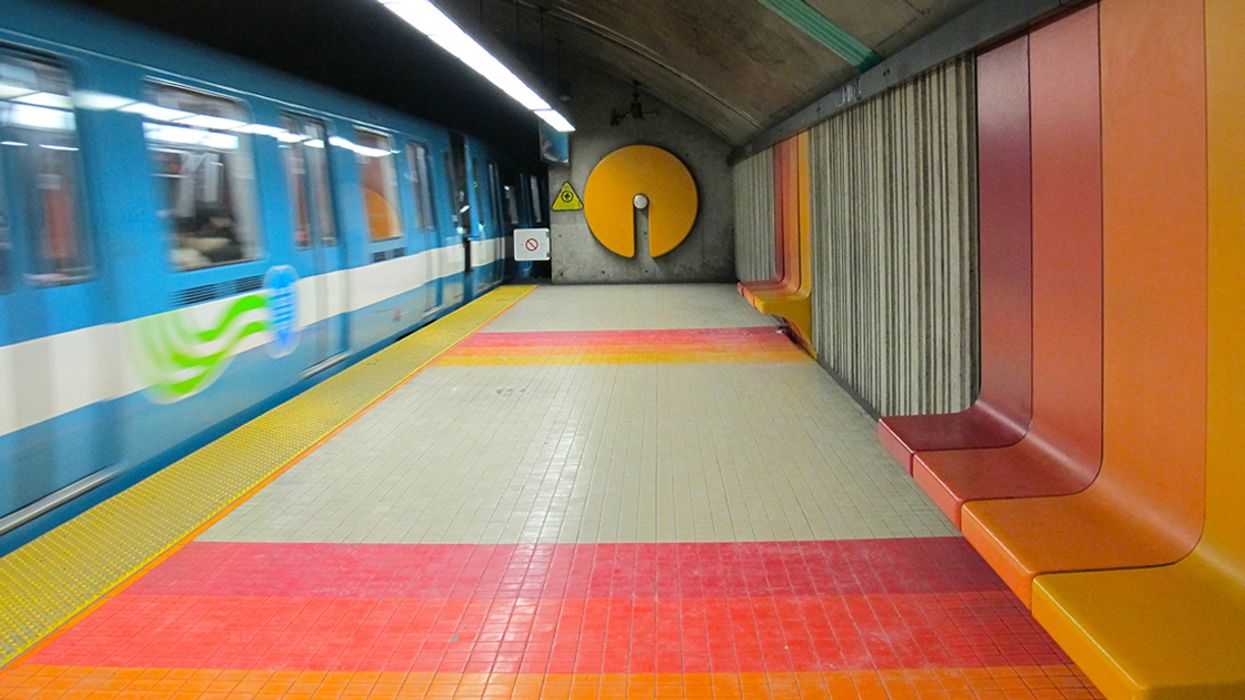 In case you didn't know it yet, Montreal's metro will be open all night long on New Year's Eve. That means you'll be able to stay out as late you want, without having to worry about finding a designated driver or a taxi.

And considering how cold it's going to be on the night of December 31st, you're definitely not going to want to be stuck outside.

But there are a few catches you should probably be aware of to avoid any bad surprises.

1. The metro will be open all night, but it won't be free

A lot of people assumed it was also going to be free, but they are wrong. Regular fares will still apply, so make sure to have your OPUS card with you.

2. Yes, buses will also be participating

The metro isn't the only thing running all night long. Montreal buses will also be there to get you home safe.

3. It's going to be crowded

Like every year, this service is very popular and the slower train frequency is sure to cause some some delays on your ride home.

The metro train will be coming, but unlike during regular operating hours, these trains will only be passing every 10-22 minutes, so plan ahead and be prepared to wait.

5. Prepare to deal with drunk people

Every metro car has a least one person you want to avoid during normal hours, but on NYE, it's everyone. People will be drunk, screaming, singing and struggling to hold in their liquor, so don't expect any peace and quiet.

6. Paratransit will be operational, but not all night

Service hours will be extended until January 2nd, but they won't be available all night long.