The premier takes the ban seriously despite mixed messages. 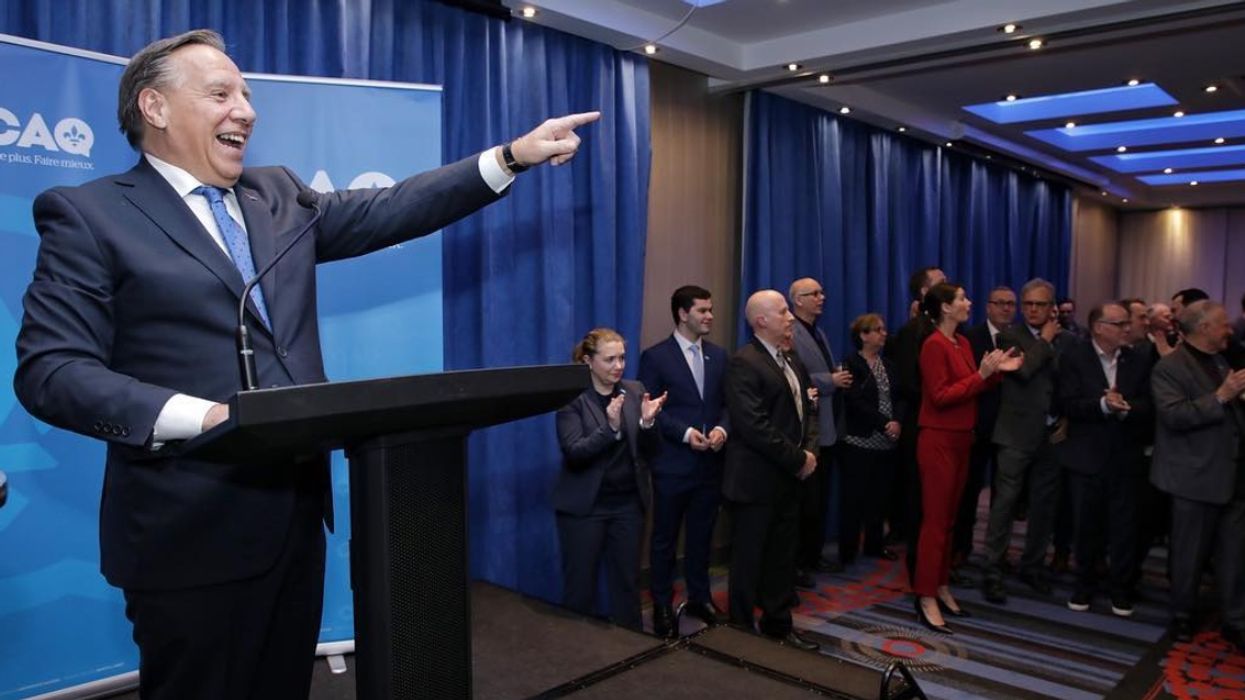 The proposed ban on religious symbols for Quebec public employees has been the subject of intense debate since the CAQ government tabled bill 21 last week. Critics say the ban would discriminate against Muslim women and Jewish men, in particular.

There also seems to be some confusion among government officials as to how the law could be enforced. While the Public Safety Minister initially stated that police would be responsible for enforcement, François Legault has walked back his minister's comment, claiming instead that application of the ban would actually be up to municipal leaders and schools.

ALSO READ: This Is What Will Happen To People In Quebec Who Refuse To Remove Their Religious Symbols

TLDR: François Legault told reporters that people who plan to become public sector employees and wear religious symbols should take them off or find new jobs. These comments come amid some confusion about the details of the controversial bill 21.

But despite these mixed messages, Legault is now making clear that he takes the law very seriously. According to le Journal de Québec, the premier is warning students of education who wear religious symbols and plan to become public school teachers to either quit their religious expressions or find new career paths.

"There are other jobs available," he told reporters. "It is important that [public sector employees] know they cannot wear religious signs in these professions in Quebec."

The premier targeted education students because they will likely be part of the first generation to be greatly affected by the ban. Bill 21 includes a provision, widely called a "grandfather clause," that would exempt currently-serving public employees.

Already, a handful of schools and municipalities are refusing to enforce the ban, which many have deemed Islamophobic.

Several details of the ban, including enforcement strategies, are still unclear. The CAQ has been ambiguous about potential punishments for not following the law, according to Global News.

The "grandfather clause" also creates an inherent contradiction whereby some employees are permitted to wear religious symbols while others are not.

In addition, while the CAQ agreed to relocate the crucifix in the National Assembly, the ban would not see the removal of other crosses and Christian religious symbols that adorn public buildings and property in Quebec.

The proposed ban and its implications for Muslim teachers in Quebec have been widely covered by national and international media. Yesterday, The New York Times explored how the ban could complicate career paths for some.