The Mother of Dragons breaks her silence. 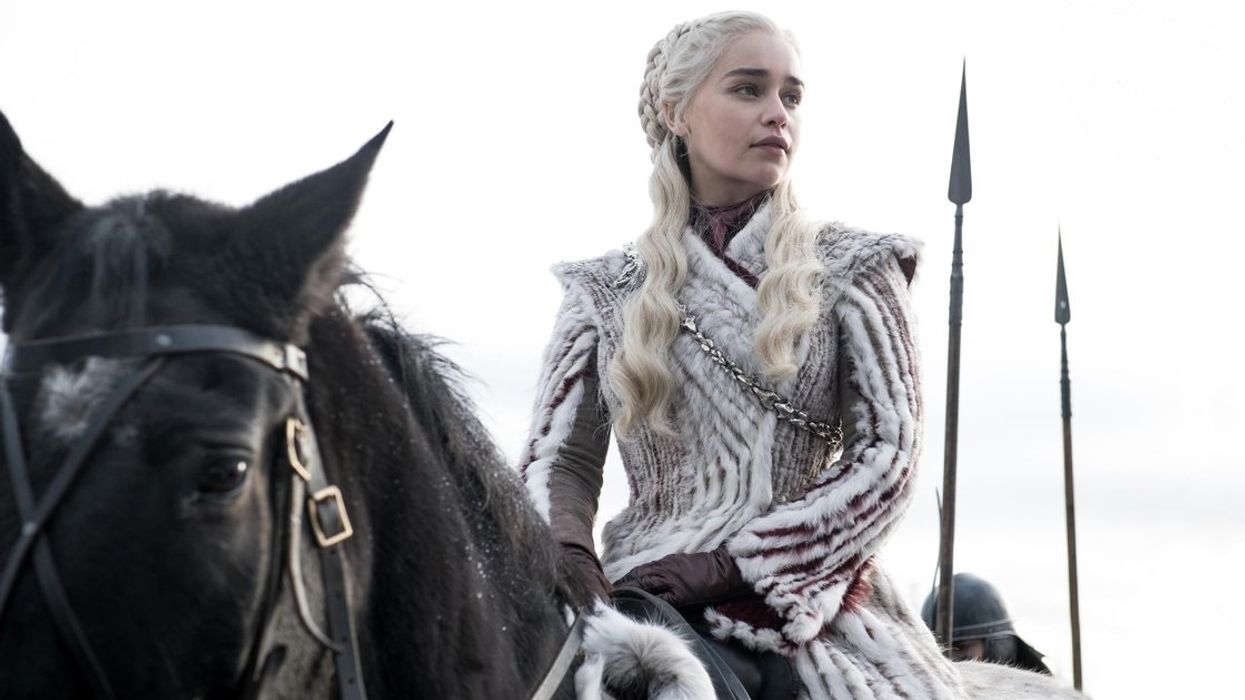 The plot of who left the coffee cup on the Winterfell banquet table thickened last night after Emilia Clarke posted a photo on Instagram last night. In the photo, Clarke, Jason Momoa, and Peter Dinklage posed together and Clarke was holding a coffee cup that surprisingly wasn't a Starbucks cup.

After much speculation, people blamed the actress for leaving the coffee cup in the scene. Adding fuel to the fire, Liam Cunningham, who plays Davos Seaworth, jokingly said that Emilia Clarke drinks too much coffee on the latest episode of Conan O'Brien's late-night show.

In an apparent attempt to clear her name, Clarke took to Instagram and posted a photo with the caption "Did I just stumble upon the truth here?! The cup bearer does not drinketh the Starbucks tea... "

The photo, seen below, has prompted a ton of reaction from fans of the show. While the photo isn't irrefutable evidence against her guilt, it has caused even more speculation about who left the cup in the scene.

Clarke's cup could just be a crafts service cup, sure but this doesn't mean that she doesn't drink Starbucks. Fans have pointed out that Sophie Turner, who plays Sansa Stark, was spotted holding a cup of Starbucks in an on-set photo.

READ ALSO: Game Of Thrones Totally Screwed Up Again, And This Time It's Literally All Of King's Landing

Bella Ramsey, who plays Lyanna Mormont, posted a photo with her and Sophie Turner. In it, Turner is holding a coffee cup that suspiciously looks like the one seen in last week's episode. You can spot the cup in the fifth photo of Ramsey's carousel post.

This new development opens up a ton of new angles about who could've left the coffee cup in the scene. While the actresses are probably friends in real life, their characters are what you would call reluctant allies. Could their on-screen feud spill over into real life?

They're still dealing with backlash from animal lovers and disappointed fans, though.