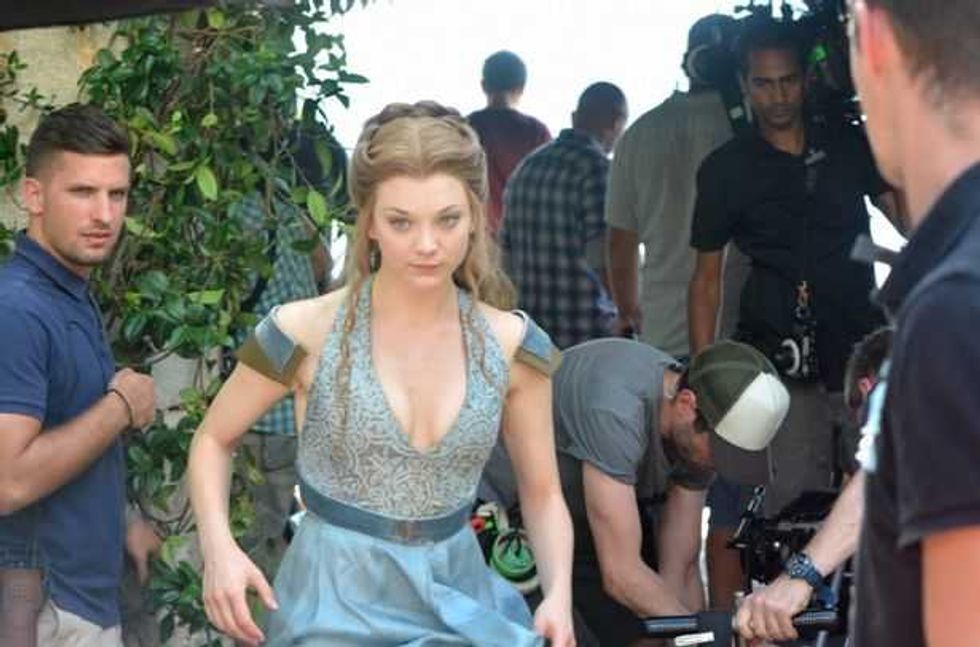 Game of Thrones fans are insatiable, and even though the premiere is months from now (BREATH, JUST BREATH DAMNIT!). So to quench your thirst, Montreal, here are a bunch of new pics fresh off the set of the upcoming season of Game of Thrones! For instance, take a gander at Margaery Tyrell's "Ye Olde cleavage deep v-neck". God damnit Joffrey you little shit. Treat her right.

Then THIS sassy old wench is just struttin her shit all over the place, fanning herself. Knowing Game of Thrones, it's most likely the set up to a crazy sex scene. Always pushing the envelope HBO!

Also, here's a palm tree. A reminder that while you're working/studying/taking a dump, a bunch of hot young actors are shooting one of the sickest and sexiest shows on TV in an exotic location. Just sayin.

A couple maidens getting their hurr did. Sex slaves? Maybe.

And then a very elaborately built set, showcasing some Lannister-Baratheon love. Plot theory, Joffrey gets bored torturing handmaidens and beating the poor, and develops a passion for woodworking and set design. You heard it here first!