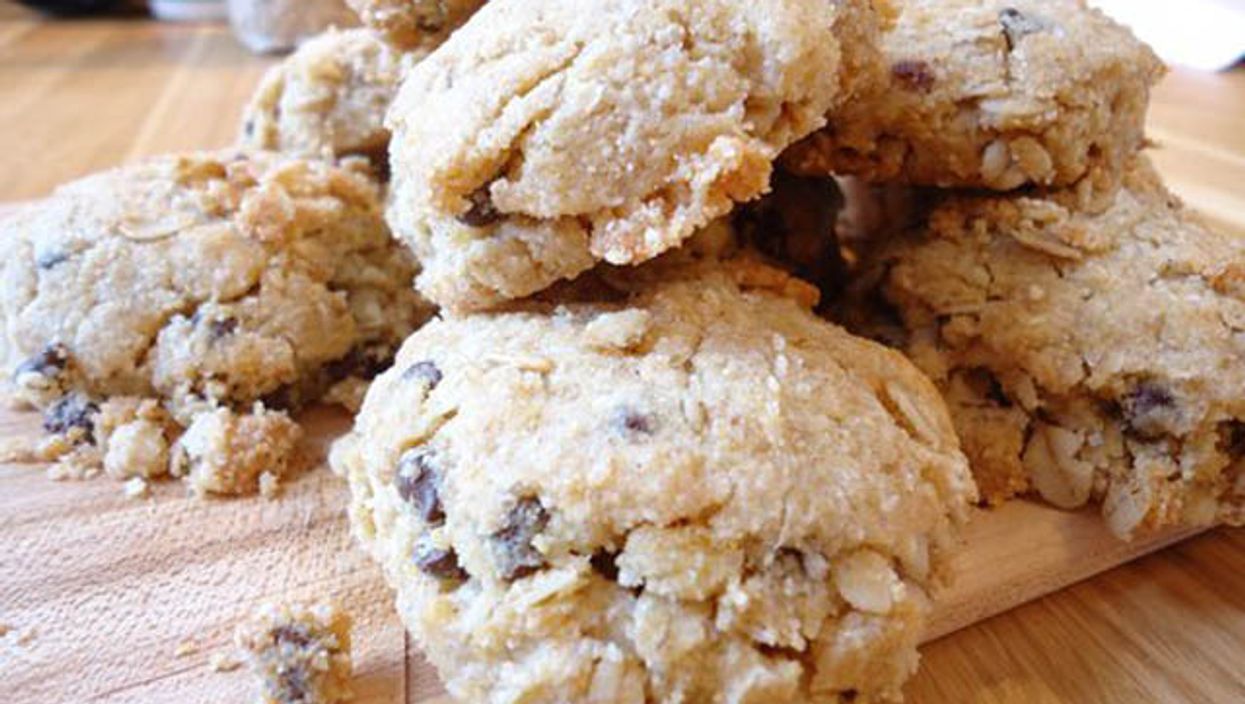 When 'healthy' or 'vegan' is paired up alongside 'dessert,' I'm always more than wary. How can a baked good be delicious without refined sugar and tons of butter? It seems like an impossible endeavor, the holy grail of health-conscious bakers. While I once considered myself a non-believer, it seems that Montreal's 'Almond Butterfly' Gluten Free Bakeshop has done the incredible and made delicious desserts that aren't entirely terrible for you.

Almond Butterfly offers everything a bakery should. Despite not having its own retail location, Almond Butterfly still boasts a varied dessert menu and makes deliveries to anyone seeking some gluten-free baked goods. I got to try a solid assortment of Almond Butterfly treats that were arguably as delicious as their non-vegan/gluten-filled counterparts.

In terms of more traditional baked goods, Almond Butterfly offers a brownie and both pecan and chocolate-hazelnut cookies. Rich, moist, and dense, you wouldn't be able to tell its 'healthy.' The cookies are a little more nontraditional, as they both use ground nuts in place of flour. This worked very well with the pecan cookie, it was like a crumbly chocolate chip cookie that begged for a glass of milk. On the other hand, I found the chocolate hazelnut to be a little too breakable and the texture was strange, like there was a bunch of uncooked quinoa grains in the mix. The texture issue was slightly offset by a chocolate coating, but didn't solve the problem.

Cupcakes are big feature on Almond Butterfly's menu, and for good reason. Each on I tasted was utterly delectable and very unique. The chocolate vegan ganache cupcake was slightly standard fair, although it was still everything you wanted in a rich and velvety chocolate cupcake. Mixing it up a bit was the chocolate vegan creamsicle cupcake. An interesting twist on a summer favorite, the combo was delicious. The frosting tasted just like an orange creamsicle and the chocolate based paired perfectly with the strong citrus flavor. Standing out on top was the raspberry-lime cupcake. I was utterly impressed with the fresh taste of lime, which wasn't too overwhelming and added a great dimension to the sweet raspberry frosting. Almond Butter fly has a bunch more interesting cupcake flavours, and if these three tell me anything its that the rest are great too.

A new member to the Almond Butterfly lineup is the Vanilla Whoopie. I think it should be retitled 'Coconut-Vanilla Whoopie,' as the filling had a strong coconut taste. Not a bad thing at all, as the coconut added a natural sweetness to the creamy filling which was sandwiched between two soft and chewy vanilla cake-like cookies. Most whoopie pies/cookies are intensely sweet, so I was impressed how Almond Butterfly found a healthy alternative which didn't lack in flavour.

Other than cupcakes, brownies, and cookies, Almond Butterfly also serves up a variety of squares, personalize-able cakes, and a variety of other sweets. Be sure to check out the rest of their menu and make an order so you can fool your friends with Almond Butterfly's delicious treats. They'll never know their gluten-free.