Here Is The Official Petition To Get A Poutine Emoji 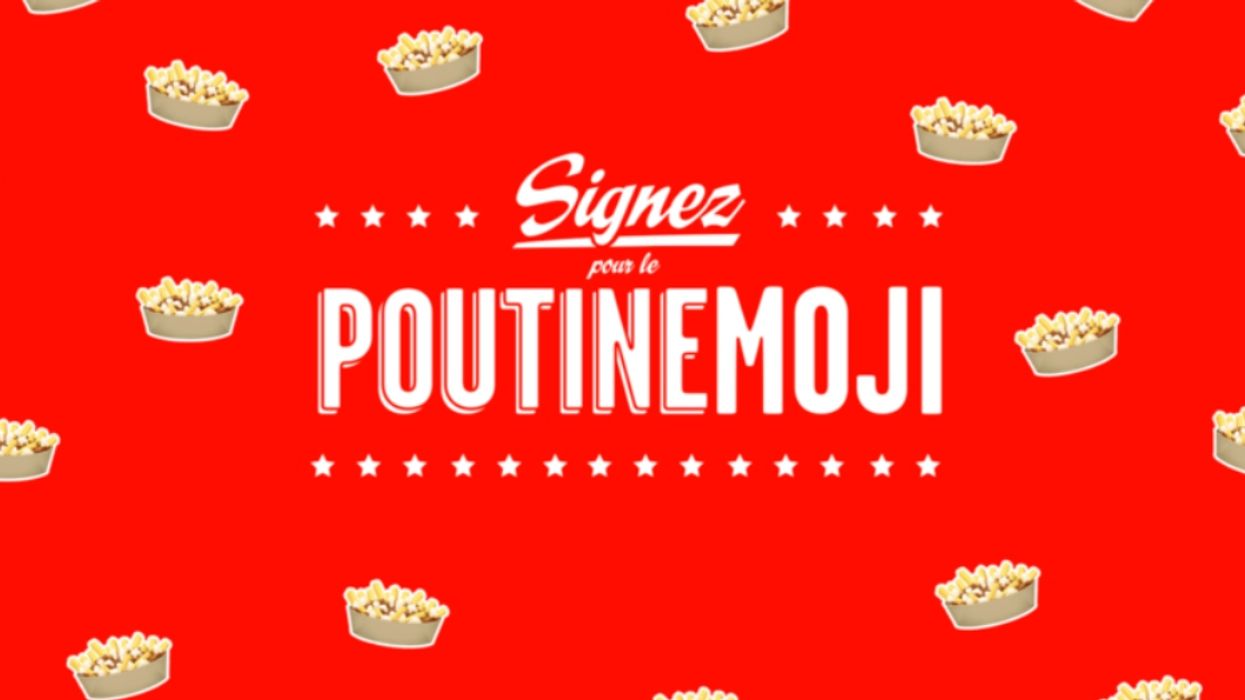 Here in Canada, and particularly in Quebec, poutine is truly a way of life. From breakfast poutine to late-night drunk food, poutine really manages to cover all the hunger bases.

So, naturally, we poutine lovers of the Great White North have been feeling under-represented in the world of emojis... because there is still no poutine emoji!

Well, all of that could soon change. Thanks to the new Poutinemoji Petition, started by Montreal's very own Valentine's restaurant.

TL;DR In an effort to get Canadians the emoji they deserve, Valentine's Restaurants across Quebec have started a petition to get us the.... #poutinemoji!!! Link to the petition below.

The petition that is now on Change.org explains, "the people of Canada cannot virtually express their love for poutine," which is why Valentine's felt it time to act.

They are a current staple in Montreal's poutine scene, having been serving up the regional dish for over 40 years, so they felt it was time to stand behind one of their best products and find a way to also deliver the virtual representation of the beautiful french fry fantasy.

Valentine's has apparently submitted a formal request to Unicode Consortium for a poutine emoji and their petition is asking for 1,500 signatures.

It looks like they are going to have no problem making this delicious wish happen, if Unicode Consortium follows through.

To sign the petition, head over to Change.org and support the cause by using the hashtag #poutinemoji.