Here's How Airbnb Is Making Your Montreal Rent More Expensive

People are even getting kicked out of their apartments. 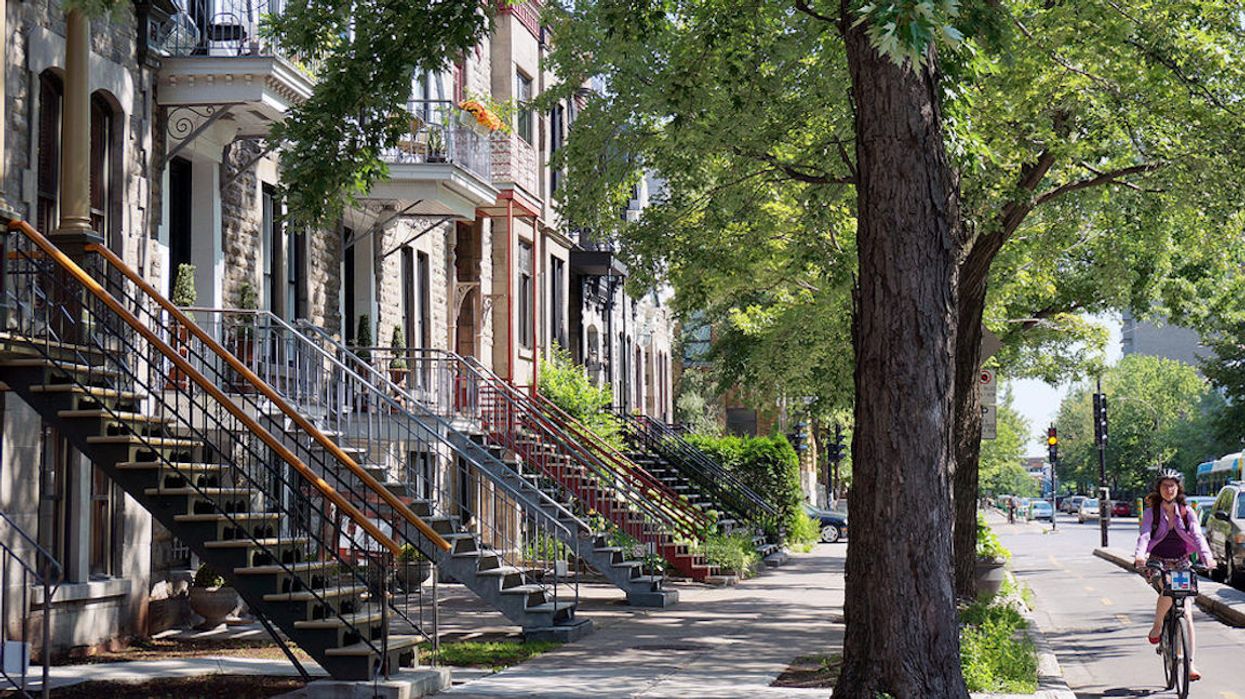 Everyone loves Airbnb. At least when travelling, because you get an affordable place to stay that is usually pretty nice.

But when it comes to where you live, especially in Canada's major cities, Airbnb may be hurting your wallet more than helping it.

READ ALSO: Montrealers Are Being Forced To Pay An Extra $15,000,000 To Police Because Of Construction

A study from David Wachsmuth, of McGill's Urban Politics and Governance Lab, is shedding new light on the impact of Airbnb on Canadian cities. And Wachsmuth's findings aren't exactly uplifting, especially for renters.

Analyzing Airbnb rental-data in Canada's three largest cities (Toronto, Montreal, Vancouver), the study found that there were 81,000 Airbnb rented in the last year.

Out of the three cities, Montreal boasted the largest amount of Airbnbs.

Montreal has 31,449 active listings. When comparing the city's total population the total amount of housing units, that makes one Airbnb listing for every 130 Montrealers.

Or one Airbnb listing for every 58 homes.

In fact, in some Montreal boroughs where Airbnb is quite popular (Le Plateau, Downtown) nearly 2-3% of the area's entire housing stock are being made into temporary hotels. That's a huge percentage, by the way.

It's not hard to see why. Adding up the revenue collected by Airbnb hosts in the last year, the number is an impressive $430 million. That divides up to about  $5,310 per host, more than a 55% increase since last year.

Montreal is particularly lucrative when it comes to Airbnb, mostly because rent is already so cheap. Unlike in Toronto, where rental prices are nearly double that of Montreal, an Airbnb host in our city can welcome fewer guests while still making a profit.

The study cites Montreal's low rents and high Airbnb profitability as the reason why the city is the most active for Airbnb rentals in Canada.

That's great for some Montrealers, particularly those who actually own properties, but it doesn't bode well for the rest of us lowly renters.

A total of 41% of the city's population lives in the Montreal CMA, which basically means the urban core of the city.

That isn't a surprise to anyone, but 91% of Airbnb listings are in the Montreal CMA, meaning Airbnb rentals are taking housing stock away from where Montrealers need it most.

To take things out of the study and into the real world, take a look at Andrew Chapman's story. Out of the 9 units in his downtown condo building, all of them are being rented out on Airbnb. Chapman is the only person in his building that actually lives in his apartment.

And it's not like there are enough new rental units to offset the growing number of Airbnb rentals in Montreal.

Montreal isn't quite as bad as Toronto or Vancouver when it comes to the amount of new constructions versus Airbnb listing growth, but in certain boroughs, the problem is there. And getting worse.

Basically, landlords are starting to see short-term Airbnb rentals as a more profitable avenue than long-term rentals. Evictions are already commonplace, notes a member of the Plateau Mont-Royal Housing Committee speaking to the CBC.

If this trend continues, according to the study, more long-term renters could be kicked out of their units to make way for Airbnb renters. Fewer Montrealers will be able to move into desirable neighborhoods.

It isn't hard to see why. Airbnb rentals are already taking up a sizable chunk of Montreal's housing inventory, creating more competition between renters. More competition means landlords can increase the rent and still get interested renters.

Also, since short-term Airbnb rentals are so profitable in Montreal, landlords may need to jack up the price of long-term rental deals just to make the same kind of money.

So if you're noticing a major uptick in rent for an apartment in some of Montreal's more central neighbourhoods, you probably know who to blame: Airbnb.

The Regroupement des comités logement et associations de locataires du Québec (RCLALQ), a local tenant advocacy group, has told MTL Blog that it condemns a tenant blacklist website that says it's based in the U.S. and Canada.

The website, called Liste Noire, defines itself as a "global company that helps both building owners and property managers avoid losses or rental problems with certain individuals."

These Are All The Spots You Need To Visit Near Montreal, According To Virgin Radio's Vinny

All less than three hours from Montreal.

Staycations are where it's at 2021, and Quebec — with its rolling hills, beautiful lakes and endless drives — is a wonderful place to go exploring near to home. As Canada's largest province, it's chock-full of memories just waiting to be made.

Quebec offers an abundance of both history and nature, from its townships brimming with European charm to its vast provincial parks. You can fly, train or bus to many of Quebec's must-see destinations, but the best way to explore this far-reaching province is by car.